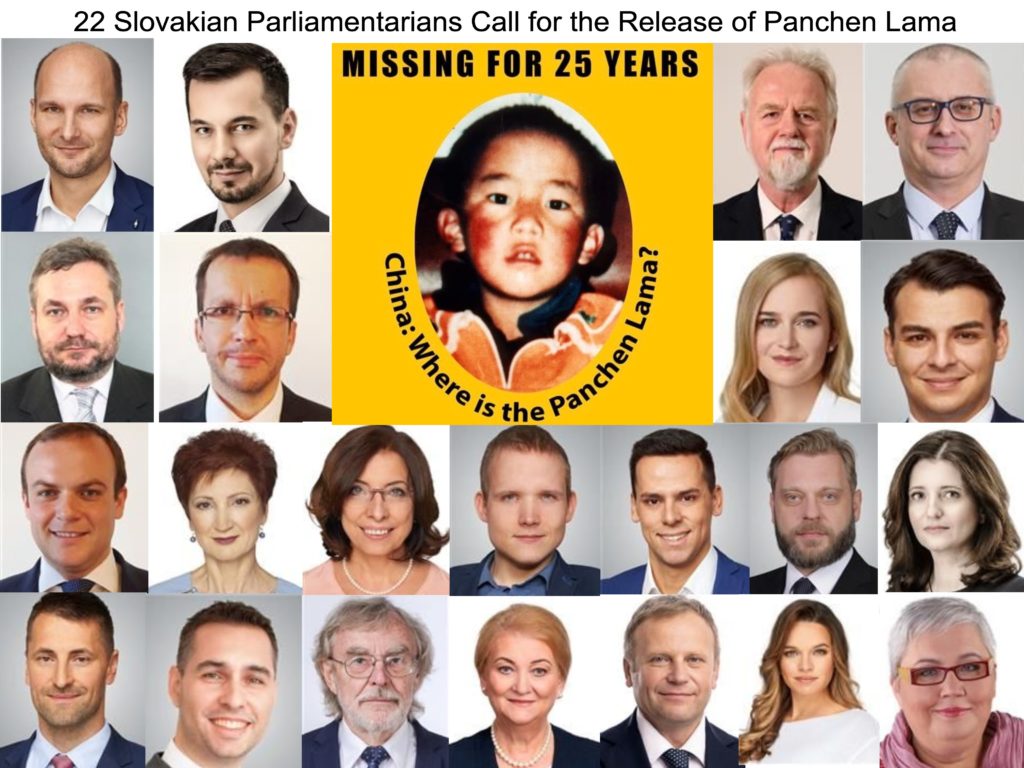 Geneva: Twenty-Two Slovak Parliamentarians including deputy speakers of the parliament, Mr. Gábor Grendel and Mr. Juraj Šeliga condemned the enforced disappearance of 11th Panchen Lama Gedhun Choekyi Nyima by China and called for his immediate release along with his entire family and other Tibetan political prisoners.

Highlighting the fact that China has not divulged any sufficient satisfactory information about the Panchen Lama and his family in the last 25 years, the Parliamentarians called it a “tragic milestone evincing the continuous crime being perpetrated by China not only against Gedhun Choekyi Nyima and his family but also against all the Tibetans.” The Parliamentarians urged the Slovak government, the European Union and the United Nations to press China to release Gedhun Choekyi Nyima and his entire family.

Tibet Bureau Geneva Representative Chhimey Rigzen thanked the Slovak Parliamentarians and said, “This overwhelming support from the Slovak parliamentarians is unprecedented. We sincerely thank all the signatories of the joint statement and the people of Slovakia for their steadfast support to the just cause of Tibet. This will add new strides to the Tibetan movement for truth and justice. China has suppressed the Tibetans by brute force for more than six decades but Tibetans continue to raise their voice through various non-violent protests including the self-immolation by 154 Tibetans in Tibet since 2009. We hope China realizes that only force and violence cannot bring peace and stability. It should hold genuine and substantive talks with the representatives of His Holiness the Dalai Lama to peacefully resolve the issue of Tibet. Release of Panchen Lama and all Tibetan political prisoners will go a long way in this regard.”