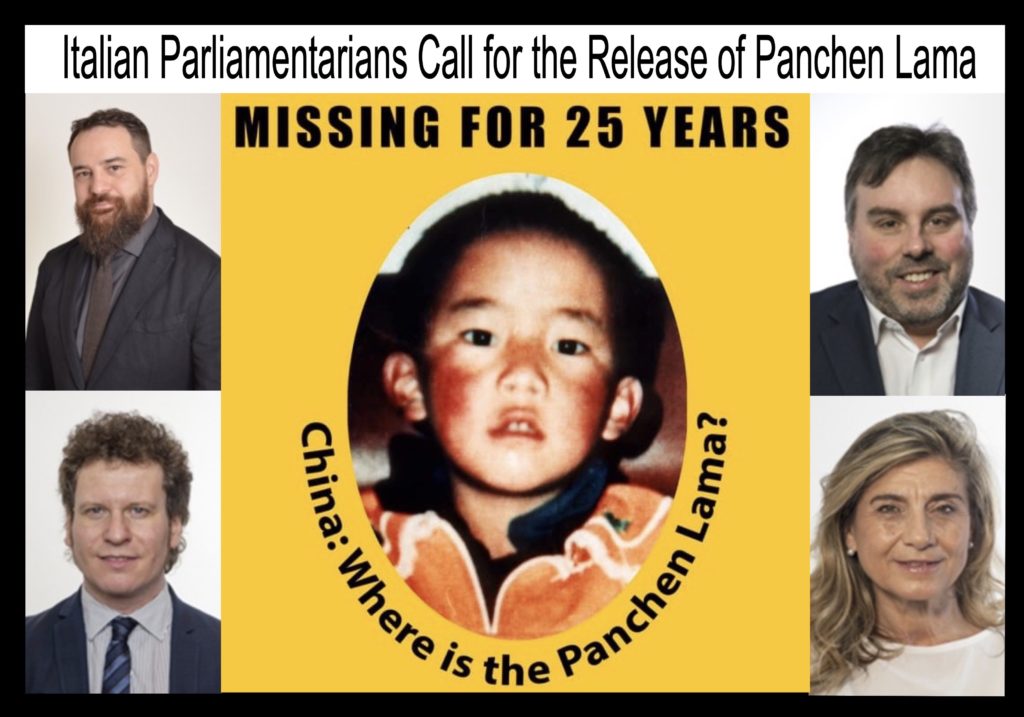 Geneva: In their statement, the Parliamentarians expressed serious concern over the continued abduction of Tibet’s 11th Panchen Lama Gedhun Choekyi Nyima by China which is “a serious human rights issue, in particular, the violation of Tibetan people’s right to freedom of religion and belief.”

Representative Chhimey Rigzen, Tibet Bureau Geneva thanked the Italian Parliamentarians for their public support and said “Italy has been hit hard by the Wuhan originated COVID-19 pandemic. We send our heartfelt condolences to our Italian brothers and sisters who lost their loved ones to this pandemic and send our earnest prayers for the speedy recovery of all the patients. In spite of their own sufferings, Italians have shown solidarity to the sufferings of Tibetans which exemplifies the basic human values of compassion and love. Thank you for supporting the just cause of Tibet and the Tibetan movement for truth and justice. We hope China heeds to the global call for the release of Panchen Lama and respects the right of the Tibetans to choose our own religious heads without any interference from the Chinese Communist Party government.”

Italian Parliamentarians have now joined 15 Swiss Parliamentarians and 16 Czech Parliamentarians predominantly from Chamber of Deputies and 16 Senators from Senate of the Czech Republic who have also called upon China to immediately release Tibet’s 11th Panchen Lama Gedhun Choekyi Nyima and his entire family on the 25th year of their enforced disappearance.