Senator Marek Hilser, in his video message, emphasized Tibet is not China and called upon “communist China to not oppress Tibetans.”

Emphasizing that Tibet’s Panchen Lama Gedhun Choekyi Nyima will not be forgotten, Senator Vaclav Chaloupek in his video message urged “China to release him and his family immediately.”

As the co-chair of Czech Parliamentary Support Group for Tibet, Member of Chamber of Deputies of the Czech Republic Mr. Frantisek Kopriva recorded a personal video message calling on China to release Panchen Lama Gedhun Choekyi Nyima. Reminiscing that Panchen Lama was kidnapped on the same year as he was born in, Mr. Frantisek called upon China to immediately release Panchen Lama alongside other political prisoners. Raising serious concerns about the persecution of Tibetans he called upon China to stop the religious persecution of Tibetan Buddhists, Uighurs, Christians and other religious minorities under the Chinese rule.

Representative Chhimey Rigzen, Tibet Bureau Geneva expressed gratitude to the Czech Parliamentarians for their open strong support to the global campaign for the release of Panchen Lama and to the just cause of Tibet.

Moreover, 159 organizations from 19 countries submitted a joint petition to the UN calling for its intervention and to press China to release Panchen Lama Gedhun Choekyi Nyima.

The video messages can be viewed here. 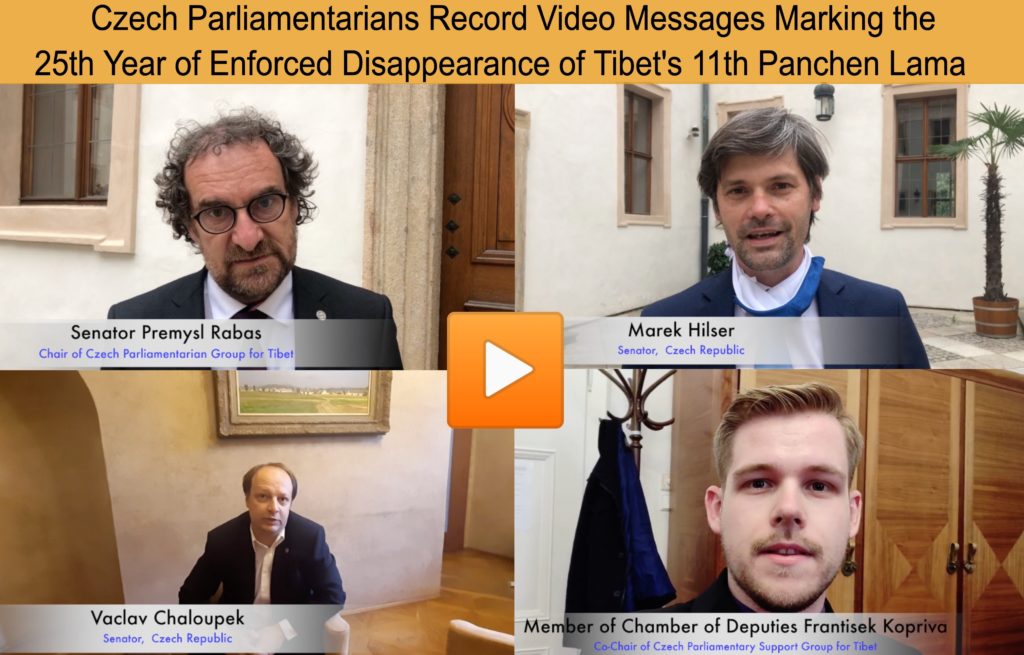