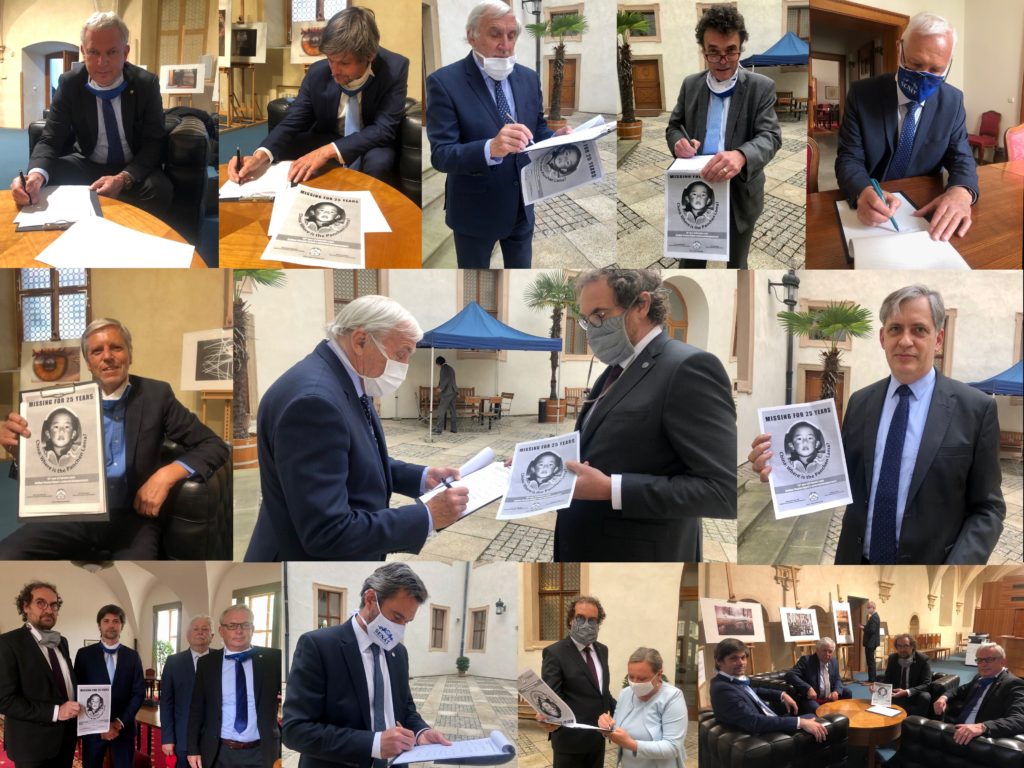 Czech Senators sign the joint statement calling for the release of Panchen Lama.

Geneva: 16 Czech Senators including the 1st Vice-President of the Czech Republic Senat Jiri Ruzicka sign a joint statement calling for the release of Panchen Lama. Marking the 25th year of the enforced disappearance of the 11th Panchen Lama of Tibet, Gedhun Choekyi Nyima and his entire family, the Senators’joint statement read “WE the undersigned members of Senate of the Parliament of the Czech Republic express our support and solidarity for Tibet and its people for their non-violent movement to find justice, peace and freedom for Tibet.”

The Senators in their joint statement also noted that “in the last six decades, China has brought more destruction in Tibet than development. Tibet is continuously ranked as the second least free region in the world, next only to Syria.”

The Senators reiterated their calls to China “to respect the rights of Tibetan people and their unique cultural identity” and called upon China to “reveal the whereabouts and the well-beings of Panchen Lama of Tibet, Gedhun Choekyi Nyima and release him and his family unconditionally.”

The Senators urged their foreign ministry to “foreign affairs ministry to take serious note of China’s unabated human rights violations with impunity and send a strong message to Beijing to free 11th Panchen Lama of Tibet, Gedhun Choekyi Nyima, his family and all political prisoners in Tibet.”

Representative Chhimey Rigzen, Tibet Bureau Geneva, thanked the Czech Senators for their strong support to the Tibetan non-violent movement and said, “Your support to the just cause of Tibet denotes support for justice and peace. The relationship with the Czech Republic dates back to 1990 when the first president of Czech Republic President Vaclav Havel officially invited and hosted His Holiness the Dalai Lama. The Czech Republic has been one of the strongest supporters of His Holiness the Dalai Lama and the Central Tibetan Administration.” He further added that “The senators in the joint statement have rightly noted that the collateral development brought about by China in Tibet has been at a very great cost of Tibetan lives and cultural heritage. China has unleashed unprecedented destruction in Tibet and has violated all the basic human rights of Tibetans. We hope China realizes that only peaceful resolution of the issue of Tibet can bring the peoples together towards a peaceful and stable co-existence.” 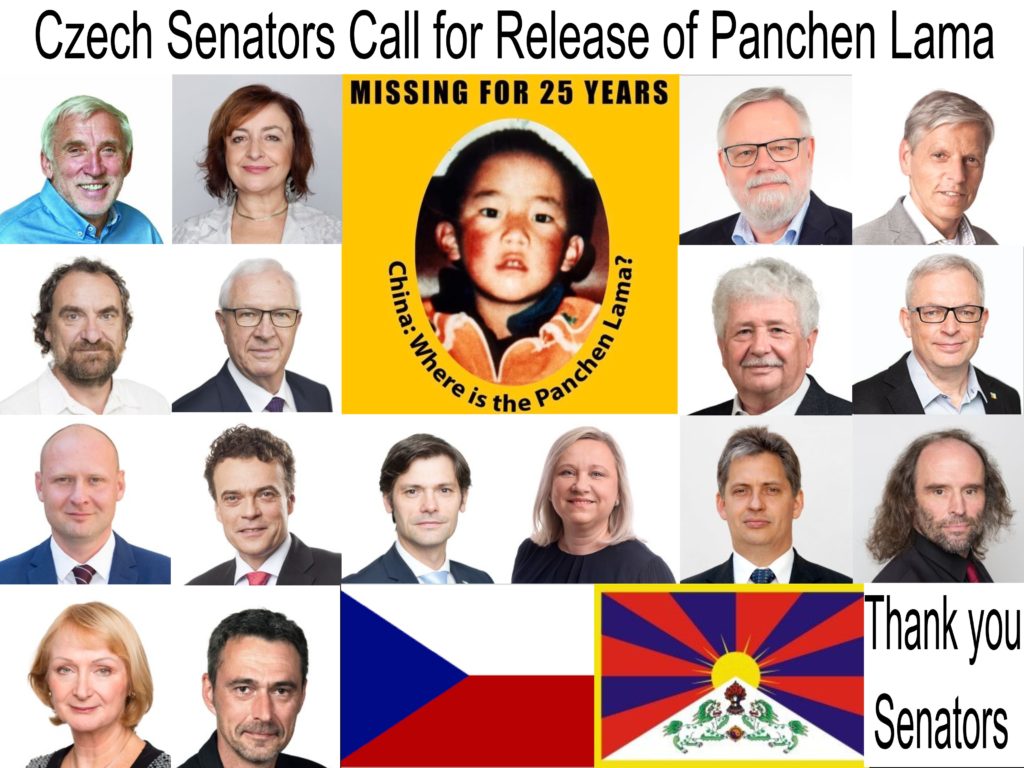 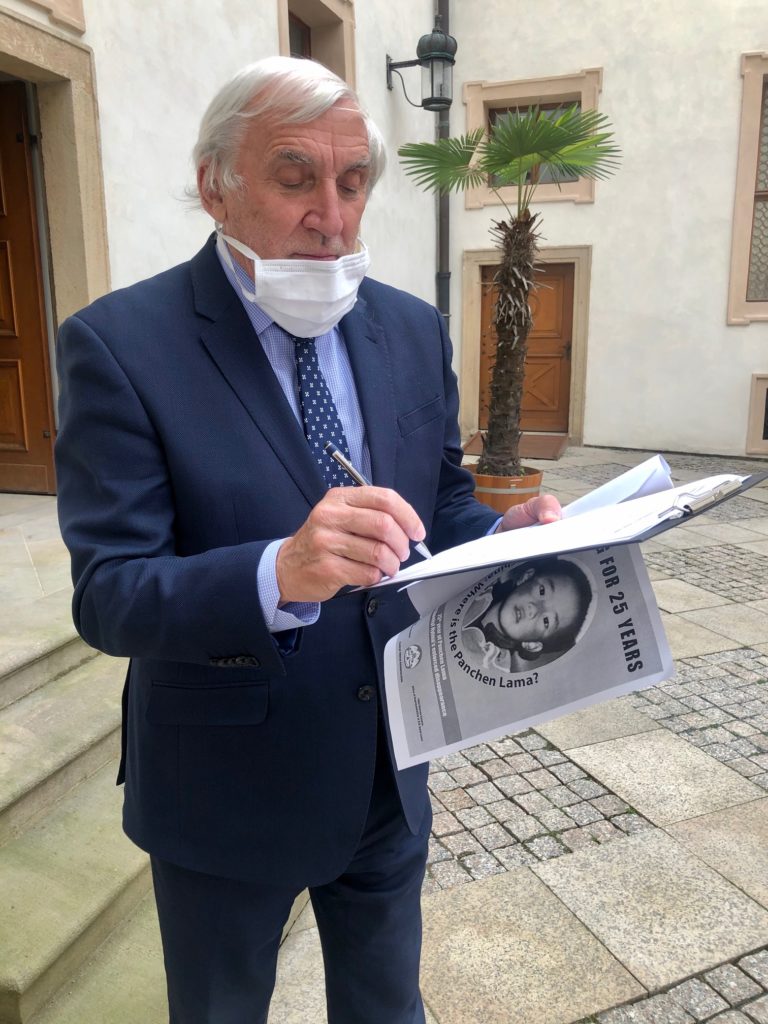 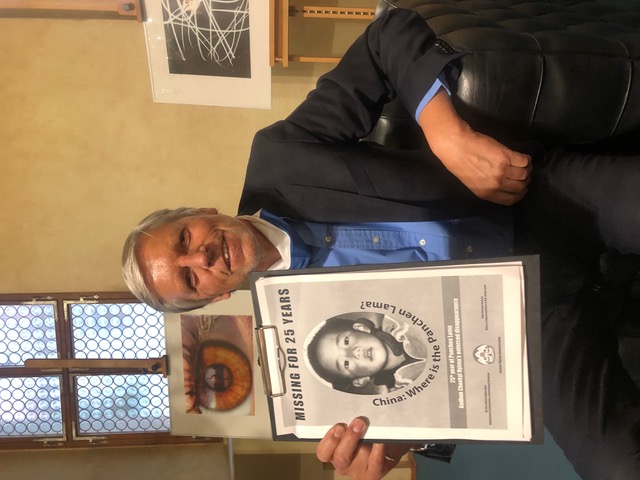