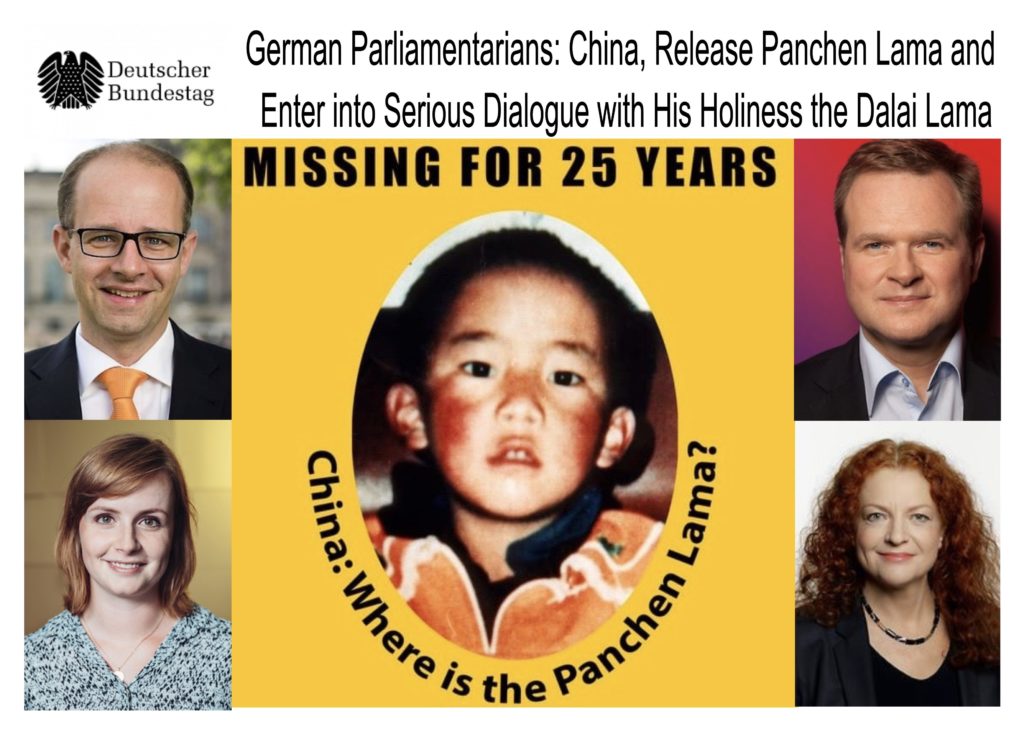 The joint statement issued by the German parliamentarians reads, “25 years ago, the Chinese Communist leadership abducted the then six-year-old Panchen Lama, Gedhun Choekyi Nyima, whom we demand to be released immediately.” The Parliamentarians urged the Chinese government to allow the UN representatives and observers to contact Panchen Lama and to respect the rights of the Tibetans to choose their own religious heads.

Highlighting the human rights violations, the Parliamentarians said, “With the kidnapping and the deprivation of liberty that has now lasted over two decades, the Chinese state is blatantly violating human rights, in particular the human right to life and freedom of the person as well as religious freedom.”

The parliamentarians also raised serious concerns about the cultural rights violations carried out by China against Tibetans. “The millennia-old, peaceful people of the Tibetans with their unique cultural traditions and religion are systematically stripped of their culture and country. Maximum pressure and systematic destruction or misuse of important religious and cultural monuments and buildings also gradually destroy the ancient roots. Other religious and ethnic minorities are also suffering severe persecution and serious human rights violations by the Chinese state.”

Thanking the German parliamentarians for their strong support to His Holiness the Dalai Lama, Representative Chhimey Rigzen, Tibet Bureau Geneva (Switzerland) added that “Open and serious dialogue as pressed by the German parliamentarians is the need of the hour. The Middle Way Policy envisaged by His Holiness the Dalai Lama and adopted by the Central Tibetan Administration with support from Tibetans in exile is a win-win solution for both China and Tibet. The destruction of Tibetan way of life and cultural heritage has to stop now. We hope China will heed to the global call for peaceful resolution of the issue of Tibet with the release of Panchen Lama as the first step forward.”

Moreover, 159 organizations from 19 countries submitted a joint petition to the UN calling for its intervention and to press China to release Panchen Lama Gedhun Choekyi Nyima.