On 19 July 2002 a disguised spokesman of the Chinese government- the self-proclaimed Kundeling Tagtsa Jetrung, better known as Nga Lama-issued a press statement in Kathmandu, making a number of baseless allegations against His Holiness the Dalai Lama and the Tibetan people. It is, therefore, necessary to set the record straight for the international community.

On 19 July 2002 a disguised spokesman of the Chinese government- the
self-proclaimed Kundeling Tagtsa Jetrung, better known as Nga Lama-issued a
press statement in Kathmandu, making a number of baseless allegations against
His Holiness the Dalai Lama and the Tibetan people. It is, therefore, necessary
to set the record straight for the international community.

1. Nga Lama’s
press statement talked about the event of “11 September 2000”. We don’t know
what event he was referring to unless he and his friends had pulled off some
covert operation on that day. We, of course, do know about the series of terror
campaigns that Shugden society, to which Nga Lama and his followers belong,
have carried out in the Tibetan community.

Nga Lama probably meant the terrorist attack on the United States on 11 September
2001. If that is the case, he should know that His Holiness the Dalai Lama and
all the Tibetan followers have strongly condemned it. Nga Lama’s press
statement reads like a wish list, a wish list of someone who has no scruples
about discrediting his nation and people for personal financial gains.

The Tibetan people are, by and large, followers of the Buddhist teaching of peace
and non-violence. It is only a small section, the followers of a spirit known
as Shugden, who terrorize the innocents in the Tibetan community with murder
and other acts of violence. Obviously, they are unhappy with the international
respect that His Holiness the Dalai Lama has gained for his advocacy of
non-violence and world peace

In contrast to the well-known fact, Nga
Lama alleges that divine rule and terrorism are gaining currency among the
Tibetans and Buddhist followers worldwide. The truth is that terrorism is
foreign to Buddhist followers. Similarly, Buddhism does not teach the
centrality of divinity. It is Nga Lama himself and his friends, who claim to be
Buddhists, but insist on taking refuge in the wordly spirit, Shugden. It seems
only natural they should imbibe the jealous nature of the spirit in whom they
have taken refuge. It also seems to explain their acts of murder, arson and
intimidation against the followers of His Holiness the Dalai Lama. What is
surprising is that Nga Lama, in his press statement, has gone to the extent of projecting
his image on others.

2. Nga Lama
accuses Hollywood of “immortalizing Tibetans and their leadership or portraying
them as the survivors of the lost Atlantis civilization”. This shows his hatred
and jealousy against His Holiness the Dalai Lama for winning the Nobel peace
prize. Needless to say that the Chinese government’s money has deluded him.

With the exception of a handful of Shugden
followers, the Tibetan people have complete faith in His Holiness the Dalai
Lama. He is widely respected by the international community, including
open-minded Chinese people. It is quite clear that there is absolutely no need
for anyone to coerce the Tibetan people to show him loyalty.

3. The
statement of Shugden followers presumes that His Holiness should age suddenly
just because he suffered from illness. Even a child knows that this needs not
be so. When His Holiness became ill last year, all of us who cared for the
cause of Tibet and world peace were overwhelmed with unspeakable sorrow; we
could neither enjoy our sleep, nor relish our food. Not so the Shugden
followers, who wish ill for the cause of Tibet and Buddhism. Their press
statement betrays their disappointment at His Holiness’ recovery from the
illness.

Nga Lama’s press statement gives a
grossly exaggerated account of the event that took place on 8 June 2002 at Sera
Je College. To give a complete and accurate account of that event would take
too much space. Suffice to say that whatever happened there on that day was the
independent decision of the abbots, administration and monks of the college.
The Tibetan Government-in-Exile has nothing to do with it. Documents issued by
the monastery clearly mention this. As a matter of fact, murder, coercion and
intimidation are the ways of Shugden followers. The followers of His Holiness
the Dalai Lama would never indulge in such acts.

4. Nga Lama has evidently not read the “Constitution of
Tibet” and “Guidelines for Future Tibet’s Polity and Basic Features of its
Constitution”, which His Holiness promulgated to the world. Nga Lama has drawn
his conclusion from hearsay without even bothering to confirm the authenticity
of his source. That is why he alleges that His Holiness is “hell-bent on being
assured of loyalty”.

5. India and
Nepal have been extremely generous to the Tibetan people in our hour of need.
Nga Lama’s rumour-mongering is aimed at creating misunderstanding between the
people of Tibet on the one hand and the peoples of Nepal and India on the
other. This attempt will never succeed. We have absolutely no desire to make
baseless allegations against the people and leaders of our host countries. Nga
Lama seems to think that the peoples of India and Nepal are stupid. He probably
does not know that India and Nepal, like any other self-respecting country,
have their own secret services to look after national security. If the Shugden
followers test the limit of their host countries’ tolerance too hard, they may
one day find themselves unwelcome in these countries.

His Holiness the Dalai Lama and the
Tibetan Government-in-Exile has never looked upon the Chinese as enemies . And,
will never be so in the future. We are only asking for the legitimate rights of
our people in our own homeland. We have no racial quarrel with the Chinese
people. People like Nga Lama will never understand this.

The Tibetan people and Government-in-Exile have
consistently followed the path of non-violence in our freedom struggle. Our
commitment to non-violence will remain undiminished even after we succeed in
restoring freedom in Tibet. Contrary to Nga Lama’s wishful thinking, we will
never resort to acts of terrorism. There is absolutely no basis to his claim
that “the agents of the Dalai Lama use the Nepalese and Indian soil for
anti-Chinese and terrorist activities”.

It is ridiculous to equate His Holiness the Dalai with
Osama Bin Laden, as Nga Lama did in his press statement. This very contention
confirms the fact that Nga Lama is merely conducting a smear campaign against
His Holiness. 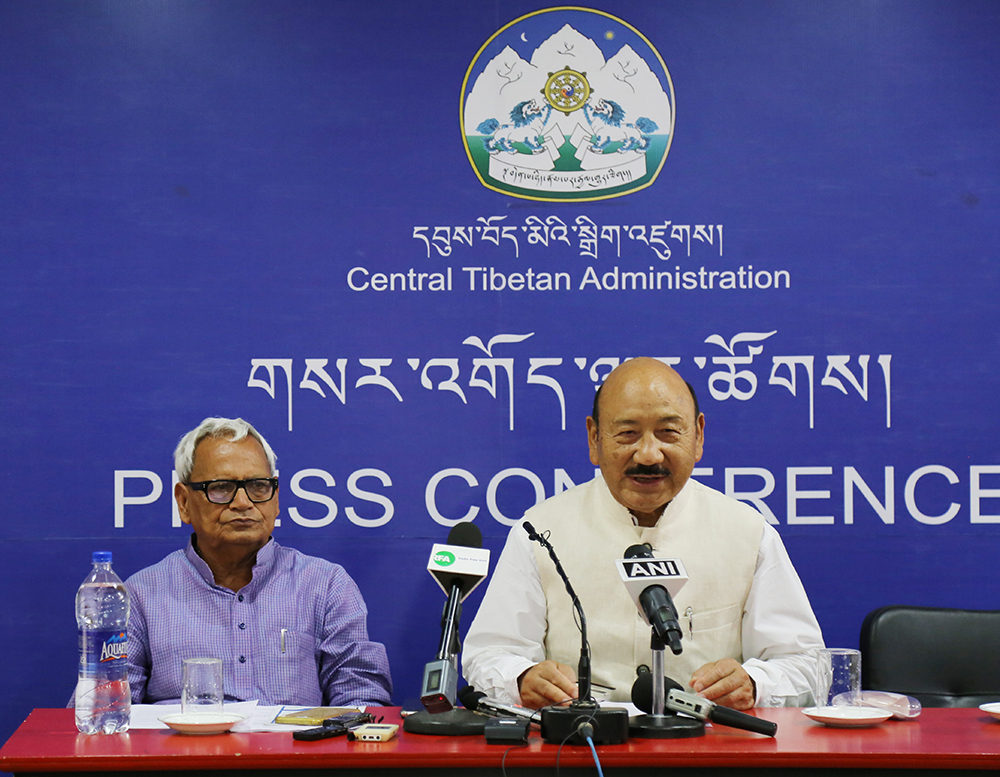 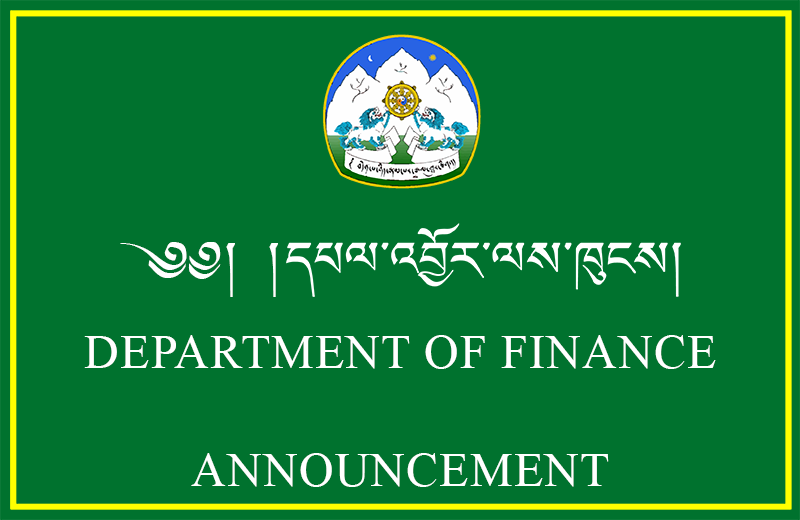 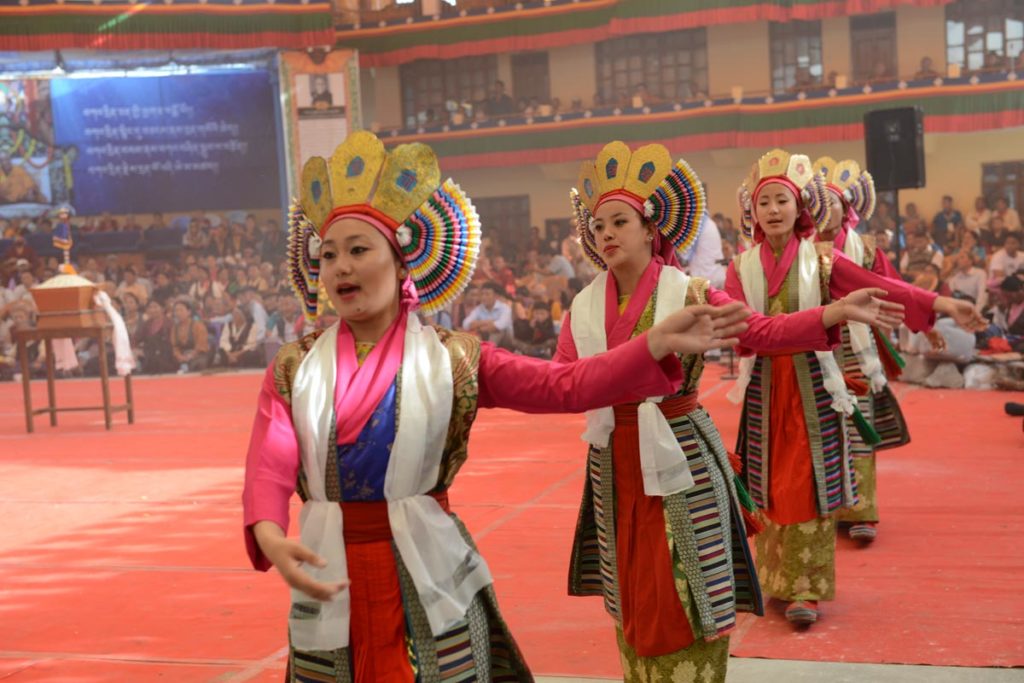 Press release: 24th Shoton festival to be held from 15 to 20 February 2019 at Bylakuppe

The 13th Joint Working Committee (JWC) of Sino-Indian border talk being held today in Beijing is totally baseless and will not yield any concrete result. We condemn the so-called Sino-Indian border talk. Historically and geographically, there was no such a border between China and India until China invaded Tibet in 1949. The Macmohan line which India recognise as the authentic border between India and Tibet was signed between the sovereign nation of Tibet and the then British Indian Government in 1914. So, it is well witnessed by the Indian Government and its people that the border is between India and Tibet. Hence the border issue cannot be solved without the participation of Tibet.

If China and Indian Government really want to solve the border problem and to improve bilateral relations, the most practical solution is to accept His Holiness the Dalai Lama’s middle path approach for a genuine autonomous Tibet. Hence it is imperative that the Indian Government initiate dialogue between Tibet and China without any preconditions.

Press Release: His Holiness the Dalai Lama’s schedule in Switzerland

Press Release: His Holiness the Dalai Lama arrives in Germany 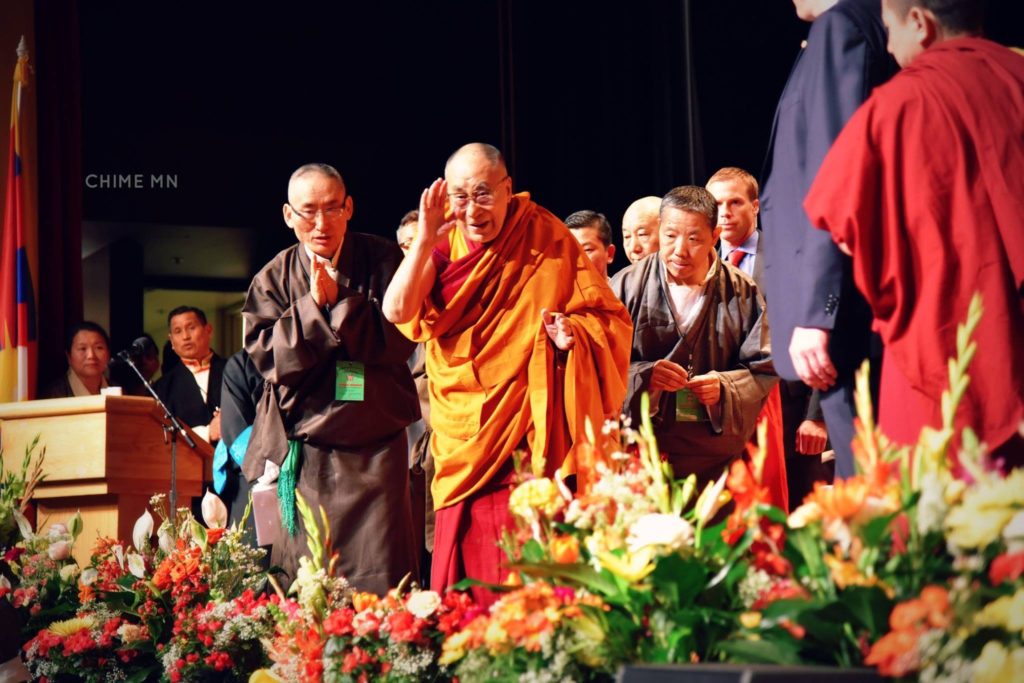 Press Release: His Holiness the Dalai Lama to visit Netherlands from 14 to 17 September