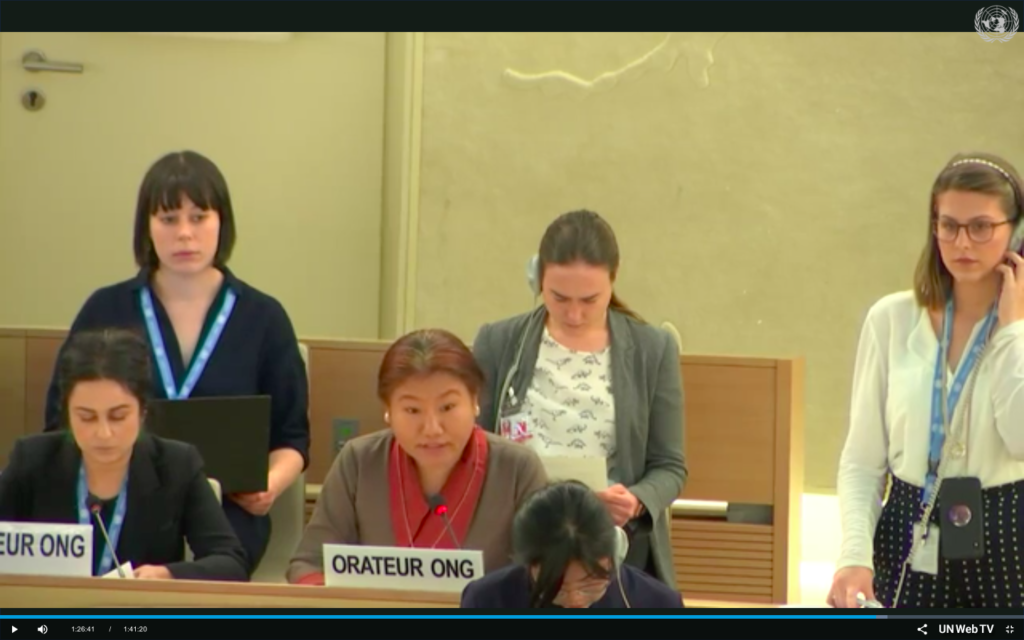 Taking the floor, Ms Thinlay Chukki speaking on behalf of the Society for Threatened Peoples, highlighted the repeated attacks by China to destroy the rich Tibetan cultural heritage since the last 60 plus years with impunity. Drawing the attention of the council to the demolition of Larung Gar and Yachen Gar she said, “the monks and nuns who protested continue to languish in the internment camps undergoing ‘political re-education.’ Just last month a Tibetan nun was driven to commit suicide as she could not bear the torturous life in the camps.”

The Tibetan cultural rights defenders especially working in the field of language and land rights are facing reprisals by the Chinese government. In this regard, Thinlay Chukki highlighted the cases of Tibetan Language Rights Advocates like Tashi Wangchuk, Sonam Palden and others are facing punishments for “raising voice against the Sinicization of Tibetan language and culture.”

Concluding her oral statement Thinlay Chukki called for the release of all cultural rights defenders and “press China to cease the harassment and persecution of the defenders and Guarantee them free and fair trials with access to lawyers.” The entire session can be viewed here. 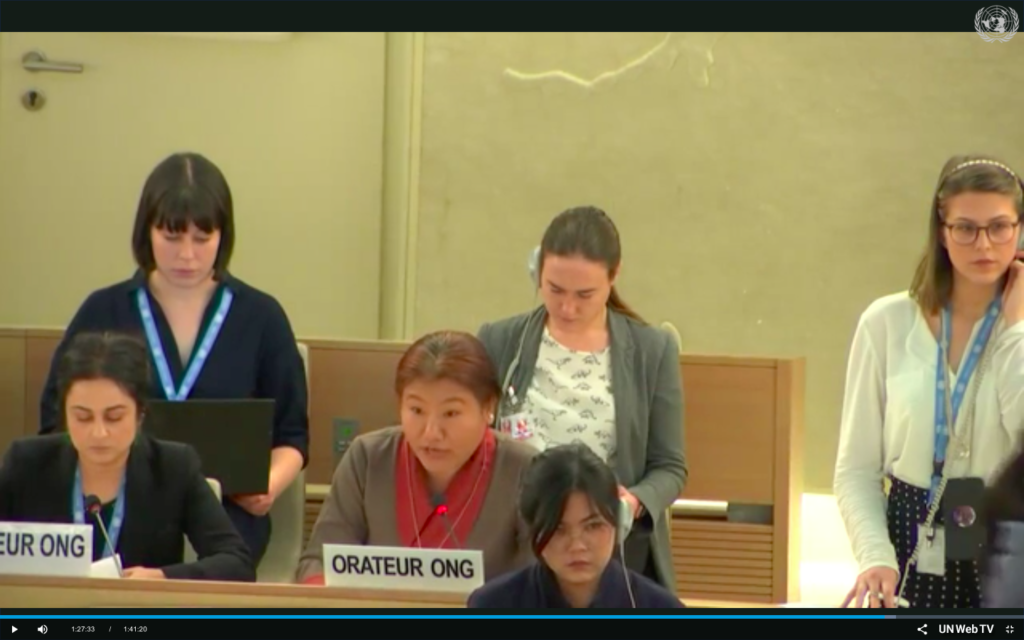