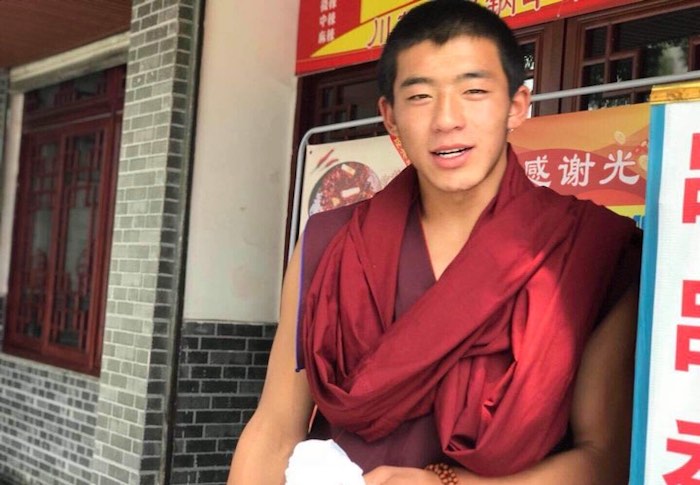 Ven Sonam Palden of Kirti Monastery, Amdo Ngaba, Tibet was arrested last month in connection to his Wechat posts on the deplorable state of Tibetan language under Chinese policies. Photo courtesy of Kanyag Tsering of Dharamshala based Kirti Monastery

Dharamshala: A Tibetan monk from Kirti Monastery in Ngaba county who was arrested last month from his monastery has not been heard of since. His location, as well as the charges for his arrest, are unknown.

Sonam Palden, 22, was taken away from his room at Kirti Monastery on September 19, according to Kanyag Tsering from the Dharamshala-branch of Kirti Monastery. Sonam Palden is under incommunicado detention since last month.

Although the exact reasons for Sonam Palden’s arrest are not known, it is suspected that his arrest could be linked to his recent Wechat posts about the deplorable state of Tibetan language under Chinese policies.

Wechat, the most popular social media app used in Tibet and China with over 1 billion users worldwide, is known to be highly censored by the Chinese government. Recently in August, a Tibetan man called Rinso was arrested for sharing a photo of the exiled Tibetan leader, His Holiness the Dalai Lama on WeChat.

Due to the stiffened restrictions, both online and on-ground ahead of the CCP’s 2 October function, news about Sonam Palden’s arrest surfaced late in exile Tibetan community.