Delhi: On the eve of World Yoga Day, Bharat Tibbat Samanvay Sangh organised a webinar entitled “Yoga – A Boon to the World by India”.

Dr. Ashok Varshney, representing Rashtriya Swayam Sevak Sangh, one of its’ Senior Executive, Organizational Secretary of Arogya Bharati and Member of Advisory Board, AYUSH Ministry, Government of India was the chief guest.

Dr. Ashok Varshney stated that if the entire world practices yoga, then many of the problems shall be solved by its merit. More than 83% of ailments shall be cured by yoga, burdening expenses upon security and medical experiments shall be reduced. This would then in turn ensure progressive growth in the health and happiness index.

He pointed out that India and Tibet, being known for their heritage in yoga and its practices, shall redeem peace and stability in the world with proper coordination.

Special Guest Dr. Dorjee Rabten Neshar, an internationally acclaimed doctor in Tibetan traditional medicinal therapy (Sowa-Rigpa) hinted out that Covid-19 has resulted as a huge blow upon the existence of humanity. Dr Neshar has been serving the patients, especially cancer-inflicted ones in Bengaluru, for more than two decades.

Physical cure and attention are not sufficient; it also requires emotional and psychological remedies for the well-being of the patients. He added that this methodology is only possible through sustainable implementation of yoga and its knowledge as only yoga can purify the channel of mind and body.

Dr. Dorjee Rabten underlines that Tibetan traditional medicinal therapy which is popularly known as Sowa-Rigpa is confined to the study of pulse and urinalysis. As he emphasised, more important is of having a constructive motivation that plays the phenomenal base for curing any ailments of patients.

Swami Parmarthdev, an eminent representative of Patanjali University, underlined that although India and Tibet share a physical boundary, both the nations are one when it comes to yoga and its practice. He said yoga is the only applicable, supportive and industrious asset for the sustenance of humanity.

Saint Arvind Bhai Ojha, one of the distinguished Hanumat Religious Orator, said it is also a matter of coincidence that today is Ma Ganga Dusshera when Ma Ganga originates and flows down the plains of the earth to purify the sins and to enlighten the wisdom. ‘Therefore, we must take a pledge that as Berlin collapsed, Soviet Union thresholds, we must all free Tibet from the clutches of Chinese Communist Government’.

He pointed that India and Tibet have always been the land of gods and goddesses. ‘As Indians, we must not use the word of refugee for Tibetan people as they share India’s same culture and tradition’. At the same time, he asserted that the Government of India must give dual citizenship for being Tibetan as well as Indians also.

Finally, the Coordinator for ITCO Mr Jigmey Tsultrim spoke on the role of ITCO and aims and objectives.

While admitting that he might not qualify as a speaker on yoga, he also underlined the fact that Tibetan traditional medicinal therapy has a wealth of wisdom to contribute to the science of yoga.

He cited the achievements of Tibetan Sowa-Rigpa Medication in curing a multitude of ailments in India for the past couple of decades. He celebrated the service of late Dr. Yeshi Dhonden, former personal physician to His Holiness the Dalai Lama who was also decorated with the Padma Shri award by the Indian govt.

As the People’s Republic of China gears up for a grand celebration of 100 years of CCP, Mr Jigmey Tsultrim urged the Tibet Support Groups worldwide and particularly in India to organise campaigns to counter the expansionist designs of the CCP regime.

He thanked BTSS for such overwhelming engagements one after another in amplifying Tibetan people’s voice and their aspirations.

More than 250 members joined this session which includes some senior members from Rashtriya Swayam Sevak Sangh. 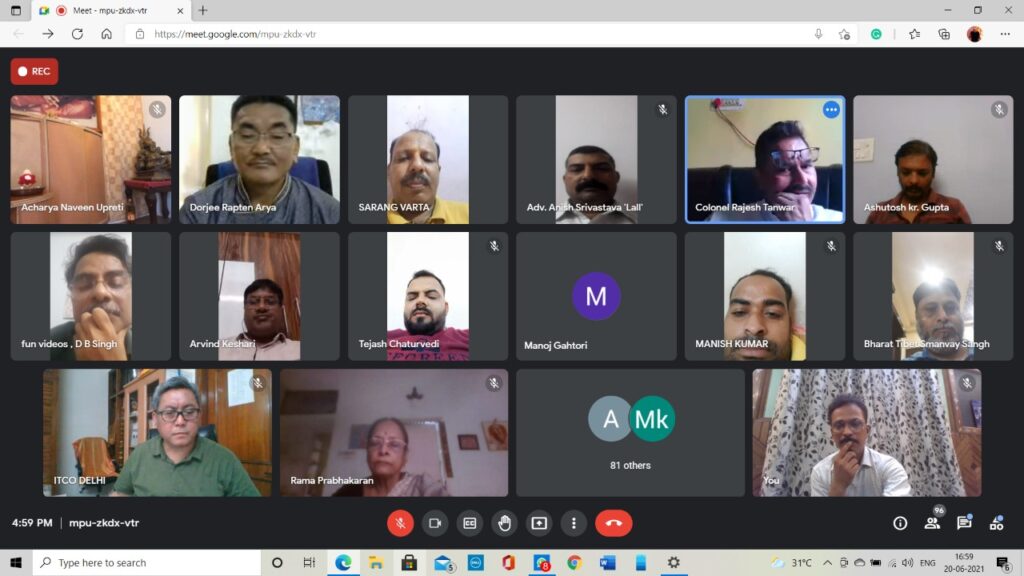 Some of the more than 250 participants who joined the webinar. 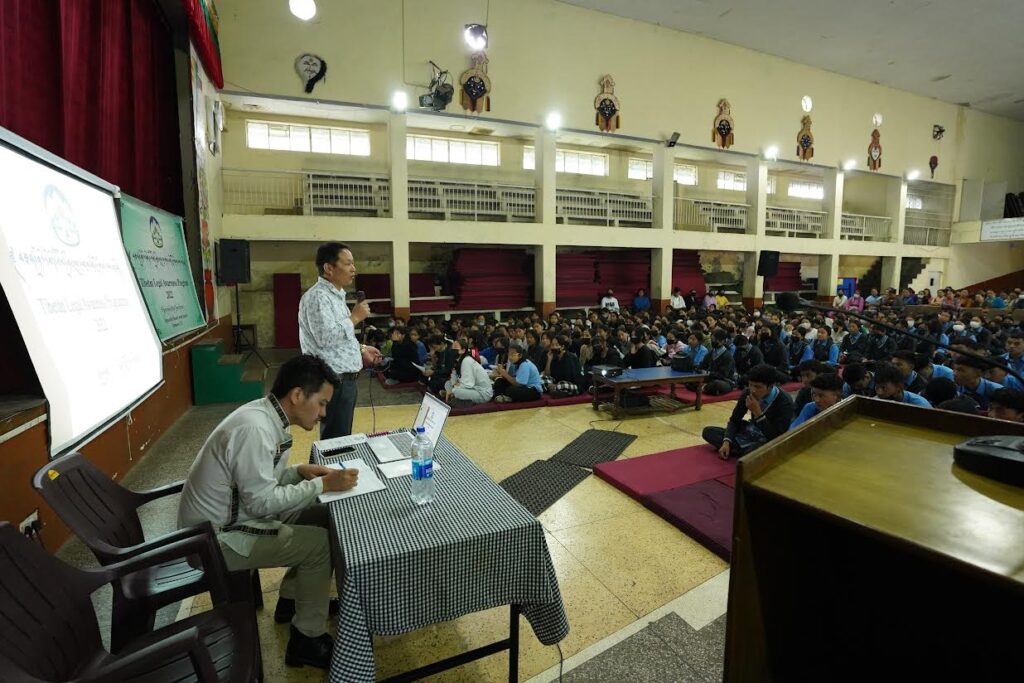 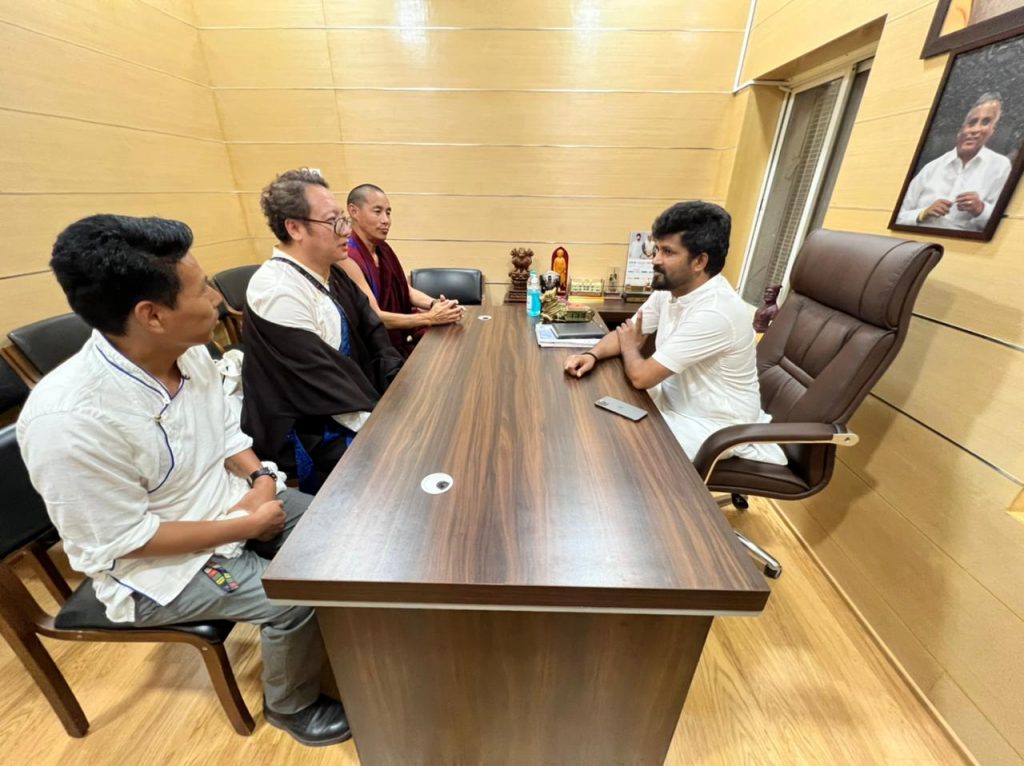 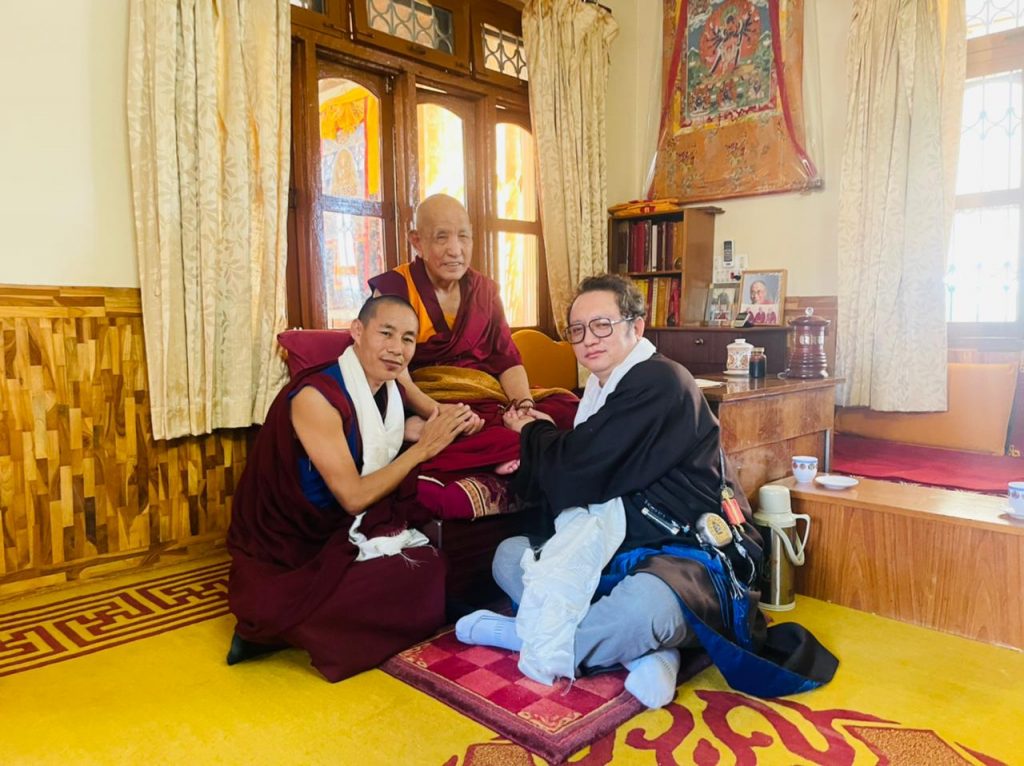 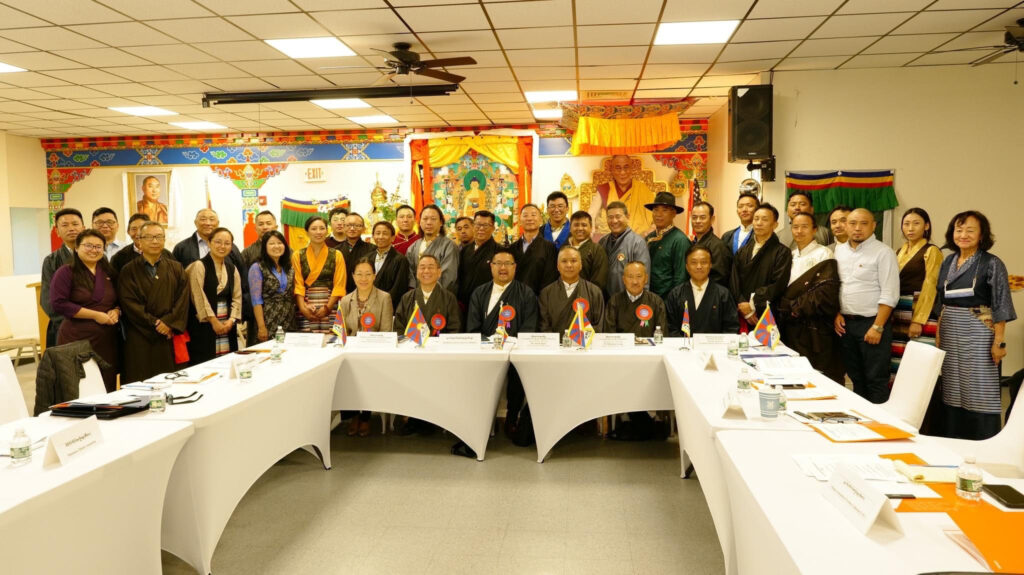