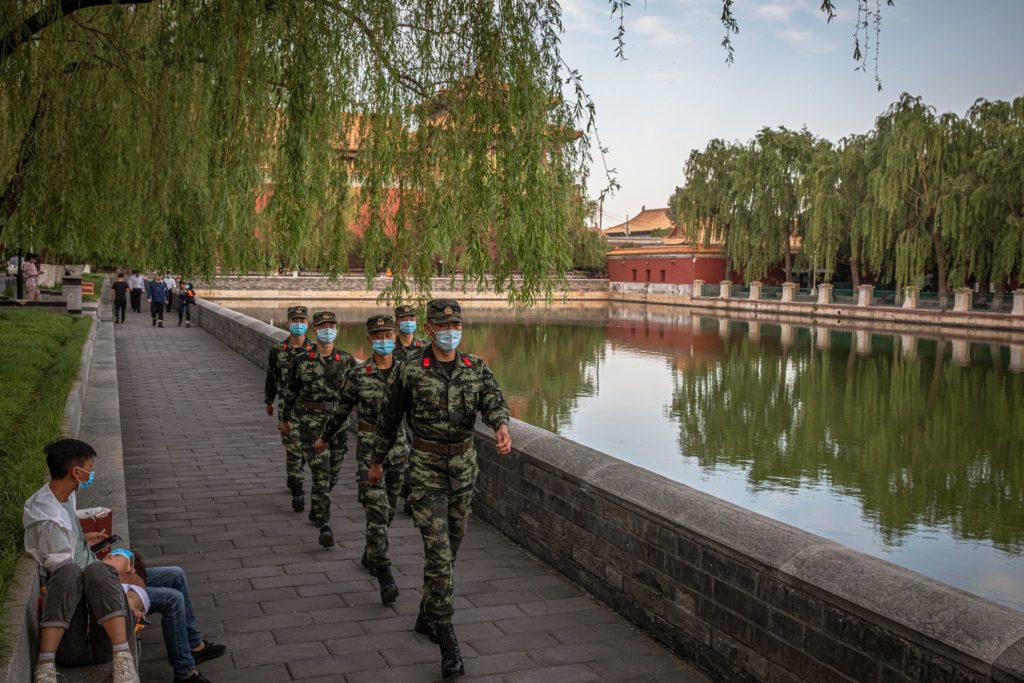 Soldiers marching near the Forbidden City in Beijing on Monday.Credit…Roman Pilipey/EPA, via Shutterstock

President Xi Jinping of China has seized on the pandemic as an opportunity in disguise — a chance to redeem the party after early mistakes let infections slip out of control, and to rally national pride in the face of international ire over those mistakes.

Now, Mr. Xi needs to turn his exhortations of resolute unity into action — a theme likely to underpin the National People’s Congress, the annual legislative meeting that opens on Friday after a monthslong delay.

He is pushing to restore the pre-pandemic agenda, including his pledge to eradicate extreme poverty by this year, while cautioning against complacency that could let the second wave of infections spread.

He must do all this while the country faces a diplomatic and economic climate as daunting as any since the Tiananmen Square crackdown in 1989.

“If you position yourself as a great helmsman uniquely capable of leading your country, that has a lot of domestic political risk if you fail to handle the job appropriately,” said Carl Minzner, a professor of Chinese law and politics at Fordham University.

So far, Mr. Xi has largely succeeded in rewriting the narrative in China. The disarray in other countries, especially the United States, has given him a reprieve from domestic political pressure by allowing officials to highlight China’s lower death toll, despite questions about the accuracy of the numbers.

The Trump administration’s withholding of funds from the World Health Organization also handed Mr. Xi a chance to appear munificent when he pledged $2 billion in assistance.

It is a dramatic turnaround from only months ago when Mr. Xi faced a shaken and skeptical public.