New Delhi: As the world still fighting to combat the COVID-19 pandemic which originated from China and the Chinese PLA soldiers repeated acts of aggression along Indo-Tibet border, the World NRI Social and Cultural Association, a unit of Vishwa Vibag, RSS condemned the evil acts of Communist China in their show of support to Tibet organized “Free Tibet Movement”.

The program was held at various places in Delhi including at Kamla Nagar Ghanta Ghar, Sabzi Mandi on Saturday 7 November 2020.

General Panjikar was the chief guest of the event.

The program was well participated by Indian and Tibetan members. Representatives of Tibetan NGOs and others of Majnukatilla (Tibetan settlement) and Buddha Vihar were in attendance. 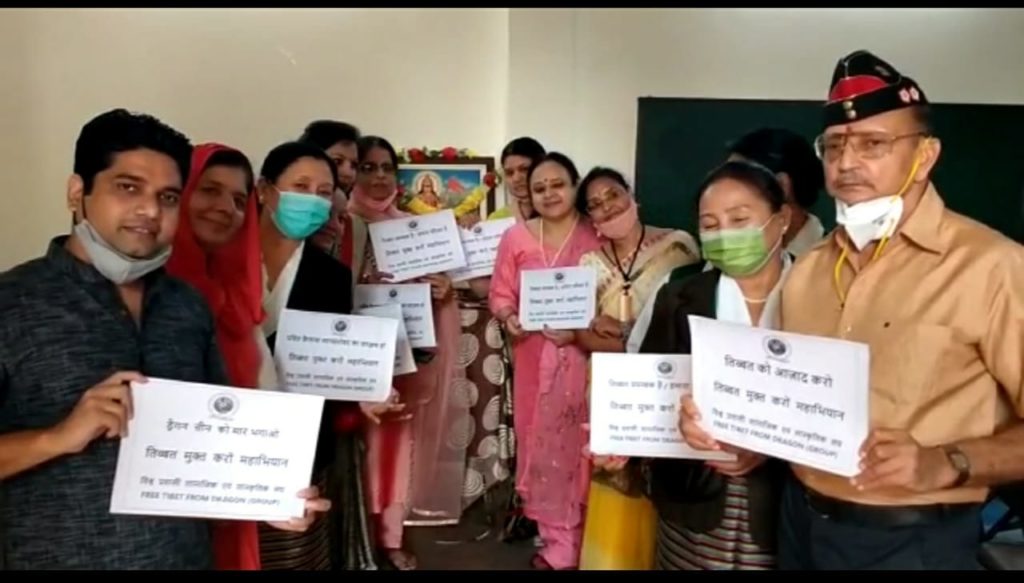 The members with placards against Communist China. 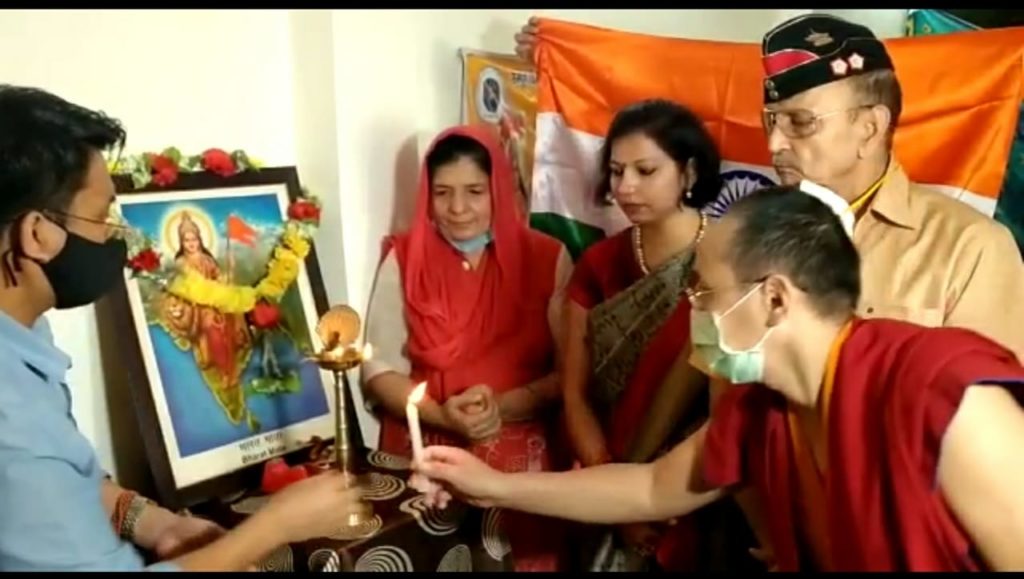 Tibetan member lighting a lamp at the altar of Bharat Mata. 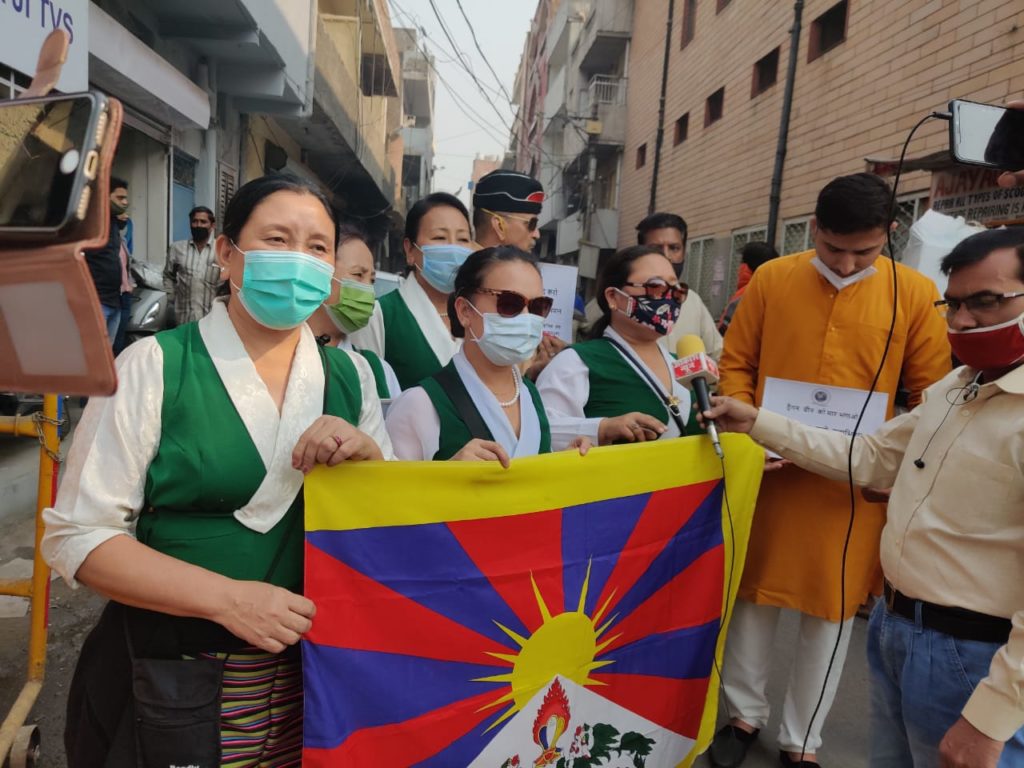