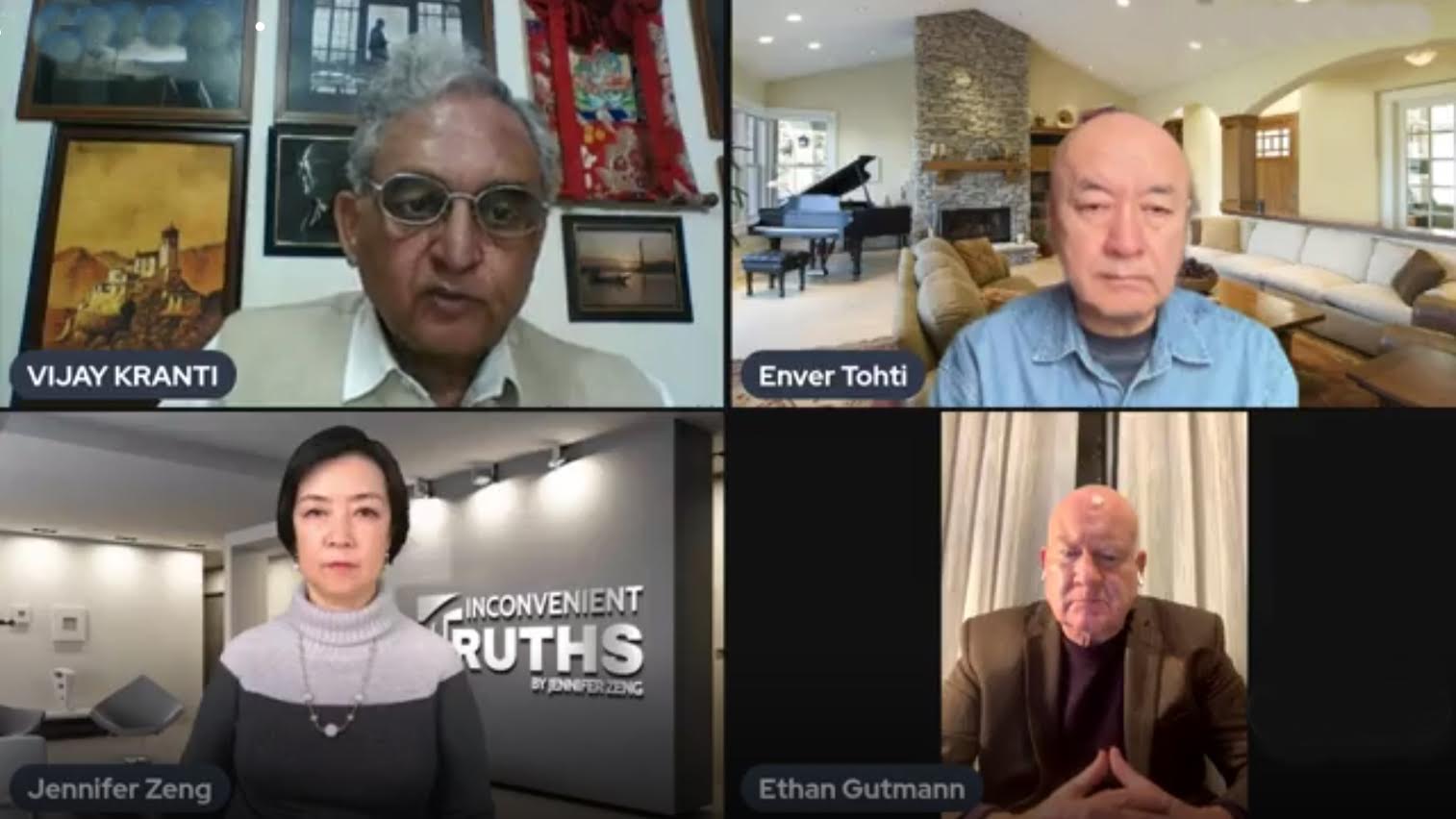 Webinar on “Forcible Harvesting of Human Organs in China”.

New Delhi, Washington DC, Dharamshala:  18 Dec As the business of selling human organs, extracted from live and illegally detained prisoners by the Chinese government is going on unchecked, it is the moral duty of medical practitioners across the world, governments and universal bodies like the World Health Organization (WHO) to put a stop to this inhuman and disgusting practice. Also, there should be an international law to declare it illegal and action be taken against those medical practitioners and institutions who refer their patients to China for organ transplant. Experts in an international webinar on “Forcible Harvesting of Human Organs in China” also warned the world community that while this gory practice in China had been so far limited to extracting human organs from Falun Gang, Uyghur, Tibetan and Christian prisoners, the ever growing business competition among Chinese medical institutions and the greed of Chinese officials is now giving rise to a new crime of kidnapping teenagers from poor Chinese families and killing them for organ extraction.

This webinar was held on late evening Saturday 17 December and was organized jointly by the Centre for Himalayan Asia Studies and Engagement (CHASE) and Tibetan Youth Congress (TYC). The experts were Dr. Enver Tohti Bughda, a former medical doctor from Urumchi of Xinjiang in China; Ms. Jennifer Zeng, a former Falun Gong practitioner and a researcher at a leading Chinese institute; and Ethan Gutmann who is an American writer and a senior researcher who has authored two books on this subject. Vijay Kranti, an Indian Tibetologist and Chairman of CHASE moderated the discussion.

All three experts expressed surprise over the fact that while patients in other countries have to wait for months and years and have to spend huge money to get transplant of their heart, kidney, lungs, cornea or other organs like pancreas and spleen, they can get these organs at a short notice and that too at a much lower price in China. The growth history of this ‘business’ in China, as discussed by the participants in their respective presentations, shows that till late 1980s the practice was limited only to extracting organs from the bodies of freshly executed convicts and prisoners of conscience. But it gained the real momentum in 1999 when President Jiang Zemin started a countrywide crack down on Falun Gong, a highly popular organization whose members believed in living a simple and healthy life through meditation, Yoga-like physical exercise and total abstention from smoking and drinking alcohol.

Recalling her own one year long detention in a labour camp of Falun Gong followers, Jennifer Zeng, now a popular TV anchor in USA said, “Detailed medical history and blood profile of each of about two million Falun Gong prisoners was conducted and a national data base was prepared for the use of hospitals with organ transplant facilities.” According to Ethan Gutmann, “By 2002 it had become a common practice that patients from rich countries like Germany could fly into Shanghai and get their liver transplanted within four hours with a fresh liver of perfectly matching blood profile. This simply means that the victims, identified through the blood profile data from the data bank, were picked up from detention centres and supplied to the hospital for organ harvesting.” Referring to the communist government’s ‘supply-on-order’ system he said, “Our research shows that in many cases, live Uyghur ‘donors’ from western China were flown out to some Gulf countries to supply ‘fresh’ and ‘halal’ organs for rich Sheikhs.”

Giving details of results of satellite imaging of Uyghur detention camps and first hand witnesses from the region, Gutman said, “In 2018 the Chinese authorities established nine new crematoriums attached to each such camp which were manned by 50 Chinese guards each at an unusually high monthly salaries equivalent to US$ 1200.I wonder why they needed crematoriums for their Muslim subjects who are supposed to be only buried after death? It only shows that after extracting the organs the Chinese authorities burn the bodies to wipe out any trace of the killings,” he said.

Dr. Enver Tohti recalled his days as a doctor in Xinjiang where criminals on death row were executed by the Chinese police. “When the liver and kidneys of the executed person were taken out I used to think that it was ‘normal’ and ‘good’ that these organs were extracted so save life of some patients. But only after migrating to Britain I realized that it was a crime against humanity. When I started going through official sites of some Chinese hospitals I was shocked to see their way of advertising their services for patients from other countries. They would offer any organ, matching with the patient’s blood profile, within one week. For liver transplant some of them offered matching liver within four hours of your arrival. In many cases their offers were ‘buy one, get one free’ like ordinary consumer goods. I know as a medical practitioner that no human organ can survive out of the body for a long time. So it means that they had enough stock of live humans of different blood profiles. It was just like the restaurants offering you fish of your choice among ones swimming in their glass tank.”

Dr. Tohti recalled, “In Urumchi when the local Uyghurs found that a doctor who was an Uyghur and who spoke their own language then many of them would quietly bring their teenage child to me and ask me to check if any of his organ was taken out during the child’s detention in the Chinese camp. Out of about one hundred such cases, brought to me, I was shocked to discover that in three such cases the boy had surgery marks on his belly and one of his kidneys was missing.” Sharing results of his research and study of the Chinese medical system in past few years, he said that small Chinese airports have come up near some Uyghur detention centres in Xinjiang. “These airports are proving handy for delivering freshly harvested organs on demand from various Chinese hospitals in distant cities. Many times live ‘donors’ are flown out to other countries for delivery of ‘fresh’ organs,” he said.

Jennifer Zeng, who now hosts her own China focused YouTube channel “Inconvenient Truths by Jennifer Zeng” and her blogpost ‘jenniferzengblog.com’ from America, said that she started practicing Falun Gang exercises and meditation regularly in Sichuan. She found it very useful after she discovered that her health had improved in a big way and she could come out of complications of Hepatitis cause by bad blood transfusion at the time she give birth to her baby. “But in 1999 the CCP realized that with 70 to 100 million practitioners across China, Falun Gong was becoming more popular than the Party. Then President Jiang Zemin ordered a heavy crackdown on Falun Gong and millions of practitioners were arrested. I too was arrested and lived in a labour camp with about 900 inmates for about a year. We were made to work hard in production which, sometimes would go on non-stop for 24 hours because the products were to be delivered next day for a flight. Once I was taken to a hospital for health checkup, blood test and X-Ray scanning of lungs along with many other inmates. They did not tell us about the results and no follow up was done either. May be my blood test was not good due to my old Hepatitis-C. I don’t know what happened to others.”

After Jennifer managed to escape to Australia in 2001 she could understand the severity of the organ business from other escapees. She said that Chinese government has been always avoiding mention of the real source of the human organs. Initially they used ‘dead prisoners’ as the source of organs. But to circumvent criticism later, they started claiming that all organs were from ‘voluntary’ donors. “However, the Chinese authorities cannot explain how can they supply so many organs every year on the strength of a very small number of registered volunteers? Since their hospitals offer organs belonging to any desired blood group and matching specifications in a very short time, that simply shows that millions of people have been killed over the years to run this dreaded business,” she said.

“In initial years when Falun Gang raised this issue then some medical practitioners from China and other countries blamed it for ‘tarnishing the image’ of transplant profession and the professionals. But soon many doctors in the West started realizing the truth. I know of one doctor in USA whose patient, who was asked to wait for a year for his turn for heart transplant, came to inform him that he was going to Shanghai for transplant where his appointment was fixed on a coming day. The doctor was shocked because the human heart cannot survive beyond a four or six hours. Then how could the Chinese doctors be so sure about the date and time unless it was going to be taken out of a live donor?” said Jennifer.

Jennifer pointed out to a new alarming trend in China which is finding roots in the human organ trade. She referred to a recent case in which two high school boys suddenly disappeared and there has been no trace of them. In another case a mother in Sichuan province sent her teenage son to drop garbage downstairs but he did not return for days. Finally his mutilated dead body with vital organs missing was discovered a few kilometers away from home. “The news about disappearance of school children and university students are common now. It appears that in view of business competition and greed for money some Chinese hospitals have started hiring individual criminals and mafia gangs to kidnap young boys and children,” she said.

During the question-answer session the experts were of the opinion that it is high time that world governments, especially the WHO should seriously investigate the reality of organ transplant business in China and take strong remedial measures. 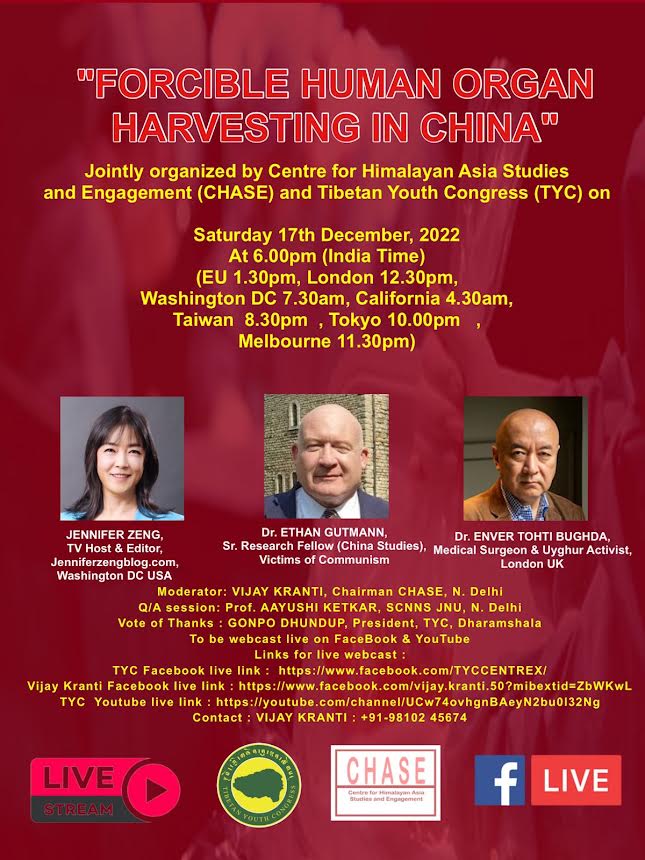