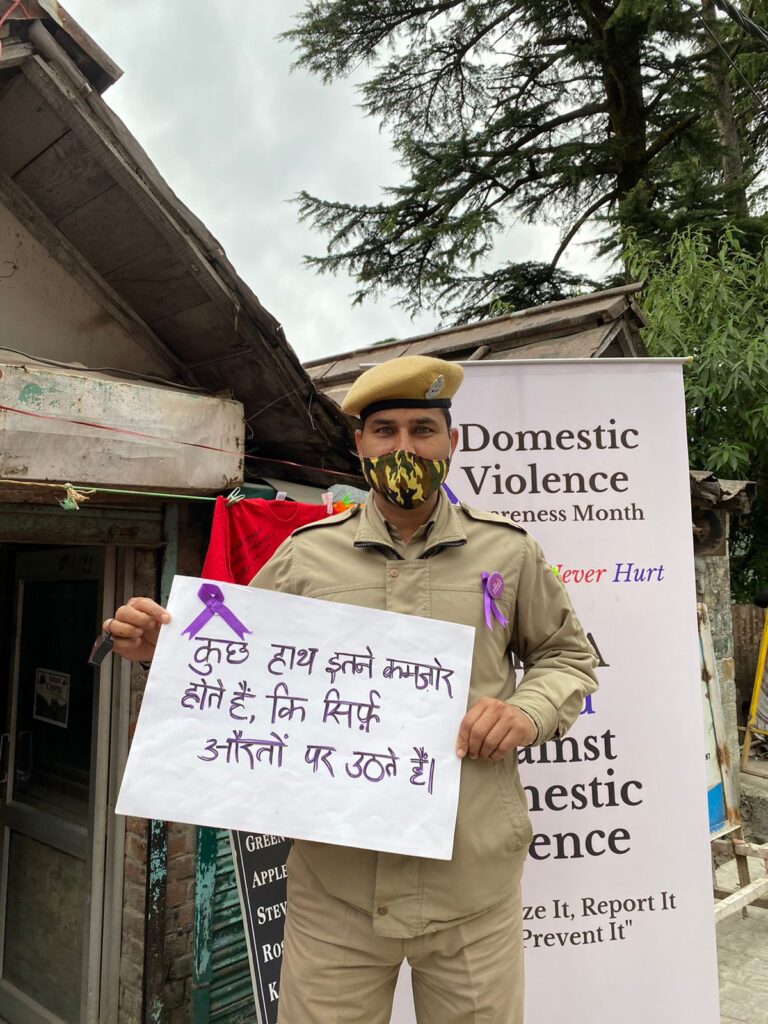 A policeman shares his views on Domestic Violence.

Dharamshala: An awareness campaign on Domestic Violence was launched on Saturday 23 October by the Women’s Empowerment Desk (WED) in collaboration with the Tibetan Women Association (TWA). The event was held at the Main square of  McleodGanj, Dharamsala where the team raised awareness on the issue of domestic violence, breaking the silence around the issue and how such violence continues to exist across the globe.

Flyers, brochures, and pamphlets on domestic violence, sexual assault,  unhealthy relationship, dating and violence were distributed to people from the information booth. Information on the Tibetan women helpline and its services was also disseminated during the event. The team also screened short videos, films, and songs related to domestic violence during the course of the event. This has generated much public interest, attention and many participated to learn more about the issue.

The team also organized a “clothesline project” where they invited the public to share their message, statement, drawing and thoughts on domestic violence on t-shirts which were hung up on the wall so that those messages are visible to all. Other key activities that had been carried out during the awareness campaign included wearing purple t-shirts to show solidarity with the survivors of domestic violence, distributing purple ribbons, badges and hand sanitiser with messages on them.

Representatives of the team noted their campaign turned out responsive and impactful.  This was also the first-ever public awareness event on domestic violence in the Tibetan community.

-Filed by the WED 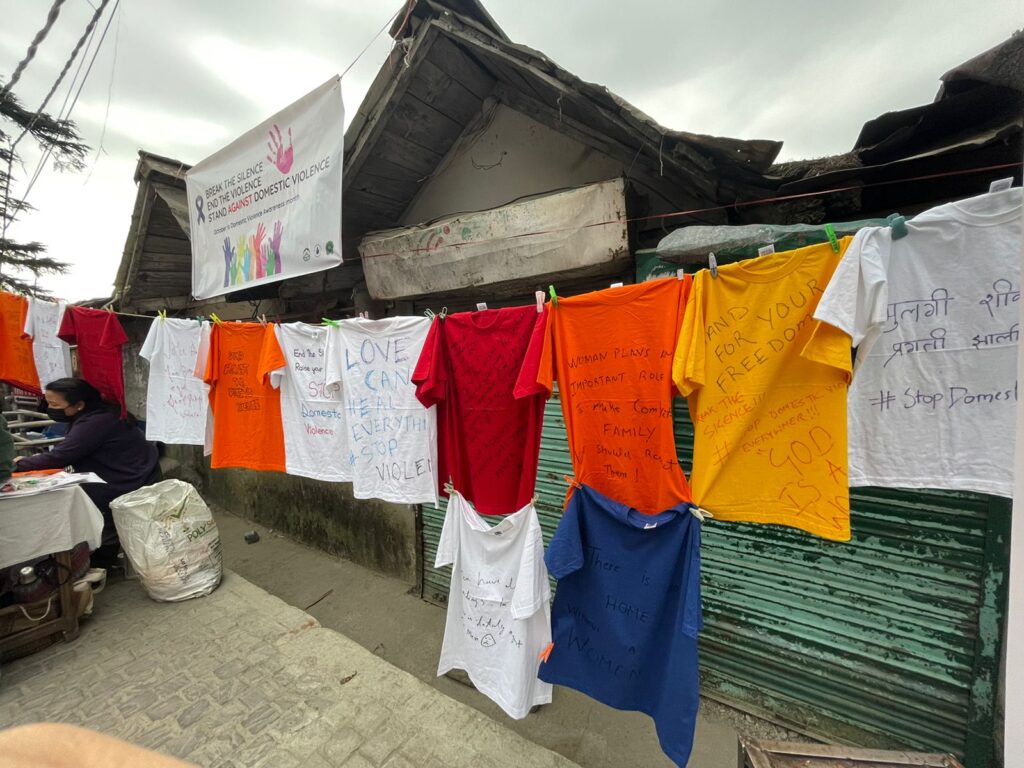 Colourful T-shirts with written messages hung up for public view. 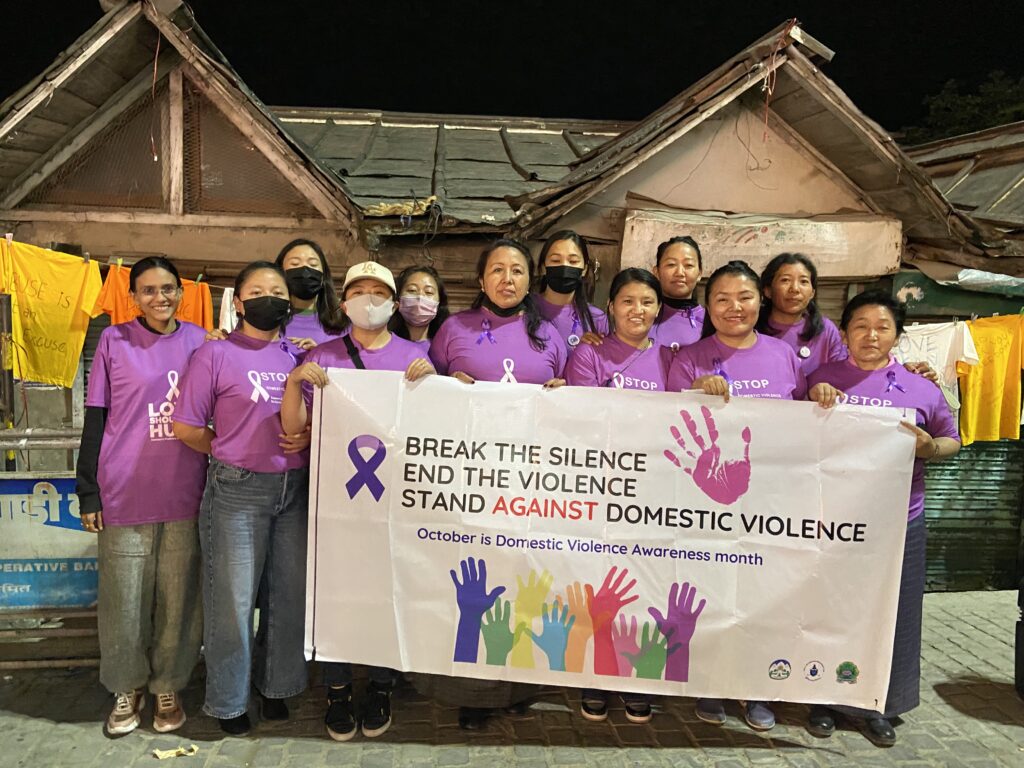