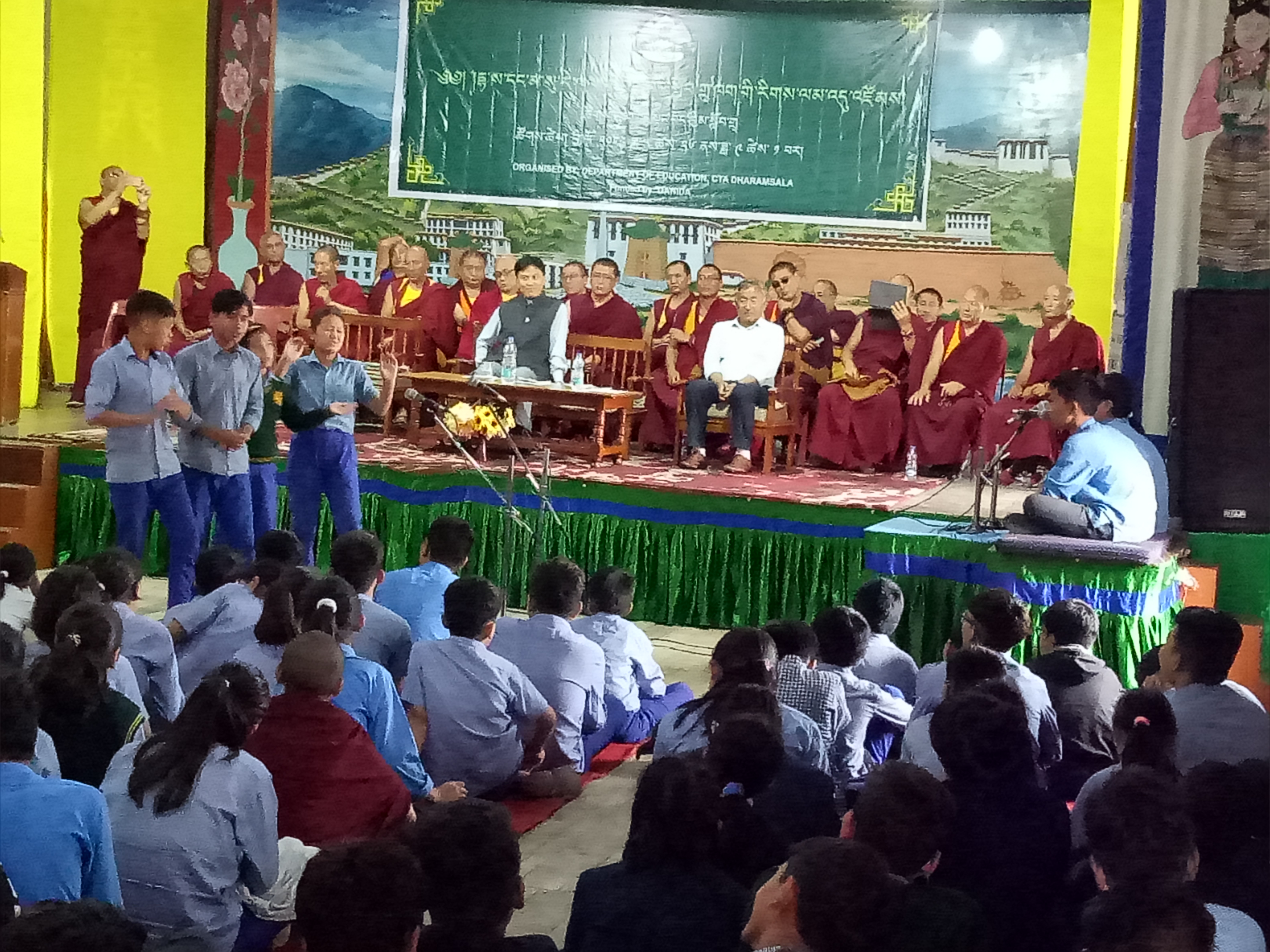 Debate happening between two schools on the closing ceremony of the week-long Buddhist Philosophy debate.

Dharamshala: The week-long Buddhist philosophy debate between 20 Tibetan schools concluded on 1 September 2019. Acting Secretary of Department of Education(DoE) Jigmey Namgyal was the chief guest at the closing ceremony held at Dickyi Tsering hall of Upper TCV.

Head of the traditional academic section Ngodup Tenpa delivered the welcome remarks and presented a report of the week-long debate.

Acting Secretary of DoE, Jigmey Namgyal felicitated the philosophy teachers of the respective schools and the participants.

In his address, he lauded the 145 students who took part in the debate and advised them to share their experiences and learnings with other students in their respective schools. He further exhorted them to use the methods of reason and debate in their daily lives.

“As per vision of His Holiness the Dalai Lama, the Department of Education has published text books and organized workshop to introduce the system of dialectic debate in the school curriculum,” the Acting Secretary Jigmey Namgyal said.

With a vote of thanks from Section officer Tenzin Palkyi, the inter-Tibetan schools Buddhist Philosphy debate of the year concluded on a successful note. 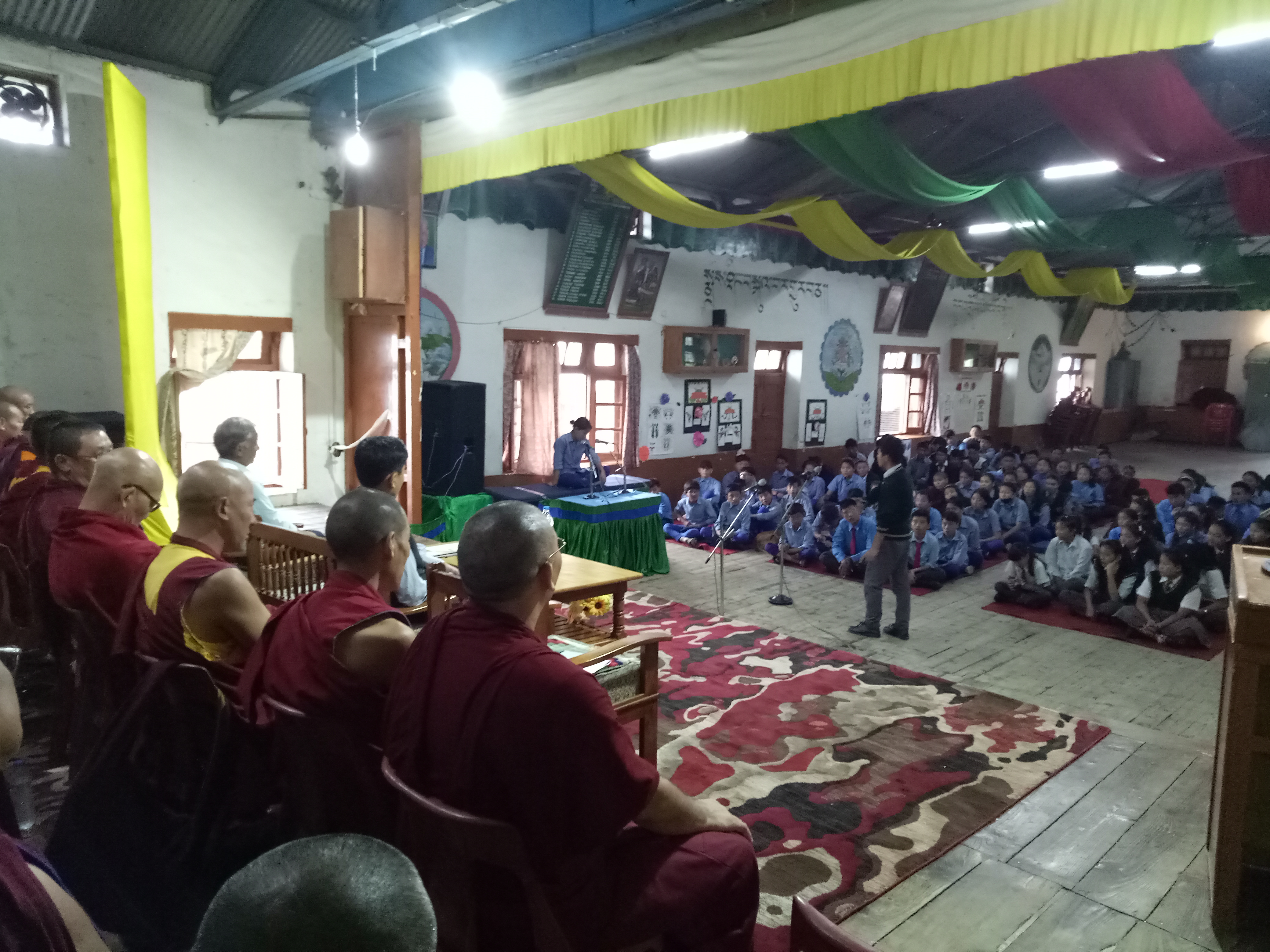 An overview of debate happening at the Dickyi Tsering hall, Upper TCV school. 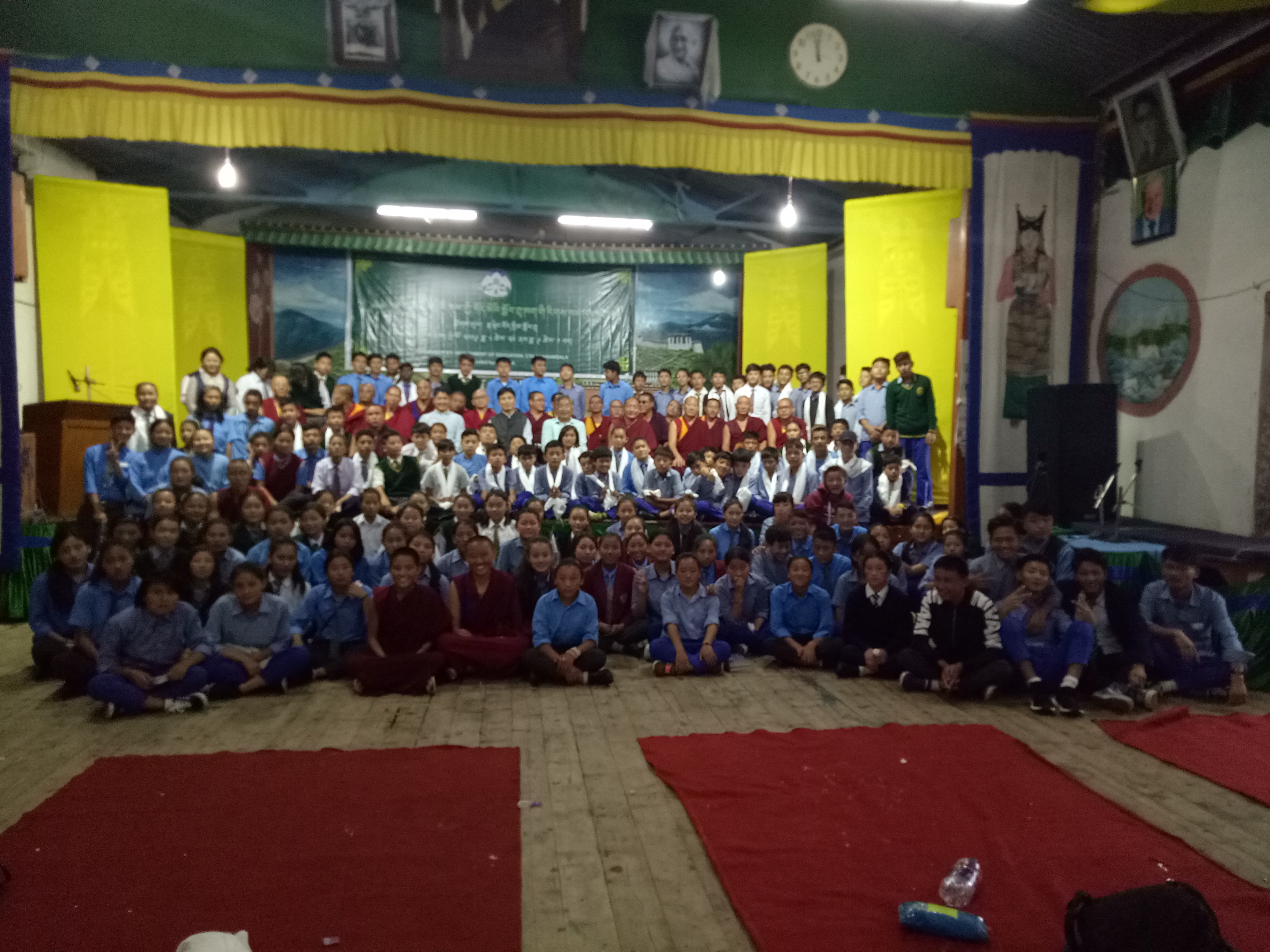 A group picture of the philosophy teachers and participants with acting secretary of DoE Jigmey Namgyal and other staff.