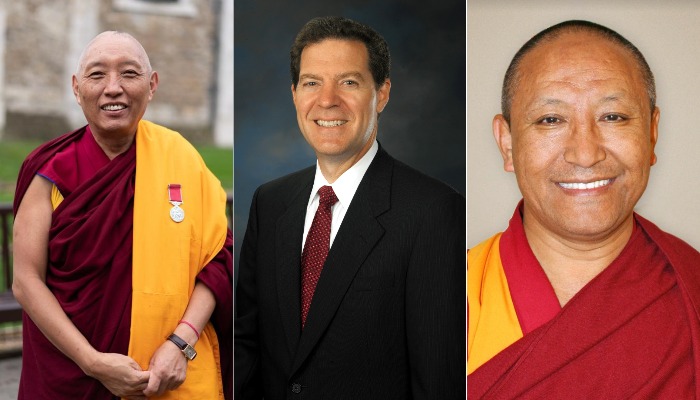 Washington DC: The Alliance for International Religious Freedom, which consists of representatives from 30 countries, held a virtual meeting on the status of religious freedom inside Tibet on the morning of 11 June 2020.

The Alliance was formed by the US Government last February, at the initiative of Ambassador Brownback, the head of International Religious Freedom. It is a network of like-minded countries fully committed to advancing freedom of religions and belief around the world.

Both speakers spoke eloquently, in English, about the lack of religious freedom inside Tibet. Khen Rinpoche maintained that Tibetan Buddhism is not only about praying—it is about several years of studying and practising, and that opportunity is almost non-existent in Tibet. China has systematically destroyed monasteries and nunneries, where the teachings take place.

“Nowadays, even listening to the teaching of His Holiness invites harsh beatings and imprisonment”, he testified.

Geshe Dadul talked about SEE-learning, which His Holiness has conceived as a secular way to develop human values of compassion and kindness. Geshe Dadul highlighted the fact that the destruction of Buddhism is a loss not only to Tibetan Buddhists but also to humanity.

The speakers also fielded questions from the members and educated them on the deplorable human rights situation in Tibet, particularly regarding religious freedom violations.

“The abduction of the Panchen Lama by the Chinese regime for 25 years is a living example of a flagrant violation of religious freedom and human rights in Tibet,” the Speakers stated.

The organizers of the Alliance thanked both speakers for their great insights and participation. Representative Tsering thanked Ambassador Brownback for his relentless support for Tibet and for providing the opportunity for the learned scholars to speak to a distinguished audience.