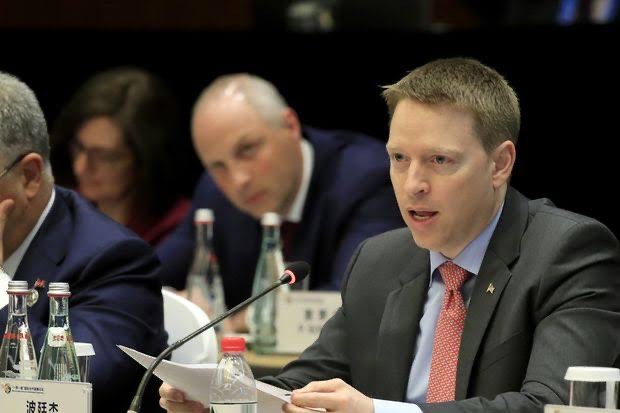 Dharamshala: Exactly 100 years ago, on 4 May 1919, a group of young intellectuals in Beijing whose faces brimmed with hope for a better China led a movement famously known as the May Fourth Movement that would completely change China for years to come.

A movement that reached its highest pinnacle of radicalizing political movement in China eventually led the country toward modernity. The movement forfeited China’s vested faith in western democracy for its independence and self-determination after what happened at the treaty of Versailles in April 1919 when China lost the province of Shandong to Japan that was initially promised to them for their contribution in the World War I on the side of the Allied Triple Entente in 1917.

Following the event, on 4 May 1919 enraged student groups led a mass protest at the Tiananmen square calling for Chinese independence and sovereignty. They also demanded to abolish the age-old Chinese tradition of Confucianism and welcomed the idea of a society based on democratic government, liberal individualism, science, and industry. They largely believed that the existing Confucian system had very little to none to support the modern China they envisaged.

Not only were they protesting against the poor treatment of China in the treaty of Versailles but they were somewhat equally enraged by the inability of their government to negotiate and defend the country’s interest.

The May 4th movement manifested into this new culture movement, at the forefront were a group of intellectuals, writers, critics of imperialism, and scholars openly challenging the medieval Confucian tradition. They were strong of the opinion that for as long as outdated social values and conservative cultural patterns exist, China could never become a strong nation.  Recalling the revolutionary movement is just enough to bring to mind key figures like Chen Duxiu, Li Dazhao who was the inspiration of the whole movement. Together they started New Youth, a journal that condemned imperialism, criticized the conservative cultural pattern while advocating science, democracy, individualism, and democracy.

What began as a simple student movement had now become much more political as it led to the formation of several party groups, notable among which is the Chinese Communist Party (CCP). Chen and Li would later join the leading founders of left-leaning CCP, Mao Zedong.

May 4, 2020, was the 101st anniversary of the start of China’s historic May Fourth Movement. On the occasion, U.S Deputy National Security Advisor Matt Pottinger addressed the online gathering at the Miller Center at the University of Virginia and shared some of his thoughts on US-China relations.

He expressed that he had more to discuss China of then than now.

In his remarks, Deputy Matt explained that the May 4th movement that happened 101 years ago was about much more than nationalist outrage at “unequal treaties.” He said that the movement was what John Pomfret wrote in his fine history of U.S.-China relations- “a wholesale transformation of Chinese politics, society, and culture.”

“Mr. Science” and “Mr. Democracy” were the mottos of this movement to transport China into modernity. Some called the movement the “Chinese Enlightenment”, he added.

He then highlighted some of the key figures involved in the movement and spoke about them in length. He named Hu Shih, one of the most influential thinkers in modernising China.

Hu Shih studied at Columbia University under the American educator John Dewey. His contribution to the movement is probably one of the most unforgettable gifts- the gift of language.

This new format of written language replaced the classical Chinese, which had been the written language prior to the movement. This new language as Hu believed would reflect the voices of the living Chinese people rather than the documents of dead officials.

Deputy Matt Pottinger added that Hu’s promotion of the new written language (Baihua) was ‘revolutionary’ at the time but also highly ‘controversial’. There were widespread fear and insecurity amongst Confucianists that the literary outburst as the result of a new language would mean having the once illiterate ones taking part in politics matter. Hu Shih on the other hand, argued that “the only way to have democracy is to have democracy,”.

Meanwhile, the movement was enormously ridiculed and condemned for its pro-western and the leaders were accused of unpatriotic.

Deputy then pointed out the case of P.C Chang and remarked that his life and contribution stands out as a mockery of those that believed that the May Fourth ideals weren’t “Chinese” enough.

Chang like Hu Shih studied abroad and he was the first to adapt the Chinese story of Mulan for the stage. Chang saw advantages that could be combined with ideas from the West to form something new. But his crowning achievement was when he drafted a document to the Universal Declaration of Human Rights at international panel chaired by Eleanor Roosevelt. Chang, who was by then a veteran diplomat representing China, was a member of the panel.

“Marrying Western belief in the primacy of the individual with Chinese concern for the greater good” was what drove Chang to craft a document that would be relevant to all nations as John Pomfret wrote.

Commenting on Chang’s contribution to Human rights, Deputy Matt said that for Chang, a declaration on human rights is more than just the rights of the individual. For him, it was urging about the individual’s obligations to society.

After a few years, Chang resigned his post as a Chinese diplomat as he was bewildered by the lack of democracy in his own country.

“The cliché that Chinese people can’t be trusted with democracy was, as both P.C. Chang and Hu Shih knew, the most unpatriotic idea of all.  Taiwan today is a living repudiation of that threadbare mistruth” remarked the Deputy.

As his small act of bravery, Dr Li first rang the alarm bell warning of coronavirus that has shaken the world today to his former medical school classmates via WeChat.

When his warning circulated more widely than he intended, Supervisors at his hospital quickly admonished him for leaking word of the coronavirus cases. He was interrogated and made to sign the confession not to disclose anything further on the matter. China’s central government labelled him ‘rumor-mongering’.

That’s when Dr. Li did his big act of bravery. He went public with his experience of being silenced by the police. By then he had contracted the virus that he initially warned others about.

His tragic death and his last words are etched in the memories of people around the world.

“I think there should be more than one voice in a healthy society, and I don’t approve of using public power for excessive interference” were his last words.

Deputy Matt commented that Dr Li was adopting Hu Shih style of language which is ‘plain speech’ to put across his point.

Deputy also highlighted the gravity of risks involved as reporters in China. Even the general citizens who dare to speak against the government’s censorship of the outbreak have gone missing.

He then questioned the audience as to what and how May Fourth’s ultimate legacy be. Then he added that only the Chinese people could answer that question as he noted that the movement belongs to them.

Regarding whether the core ideas of the movement are distorted and censored by the official. He replied that it is likely to happen and the Communist Party will do its best to make it so.

Lastly, Deputy Matt Pottinger concluded his remarks with a hard-hitting lesson to China on nationalism and populism. He asked if China could do away with little less nationalism and little more populism and explained that populism has little to do with left versus right.

“It’s about reminding a few that they need the consent of many to govern.  When a privileged few grow too remote and self-interested, populism is what pulls them back or pitches them overboard.  It has kinetic energy” he added.

He aligned that the idea of populism may have existed in the heart of the movement. And that Hu Shih’s contribution to the movement may have declared war on the Confucian power structure.

“Wasn’t the goal to achieve citizen-centric government in China, and not replace one regime-centric model with another one?” he asked.

He then left it open for the Chinese people to answer.