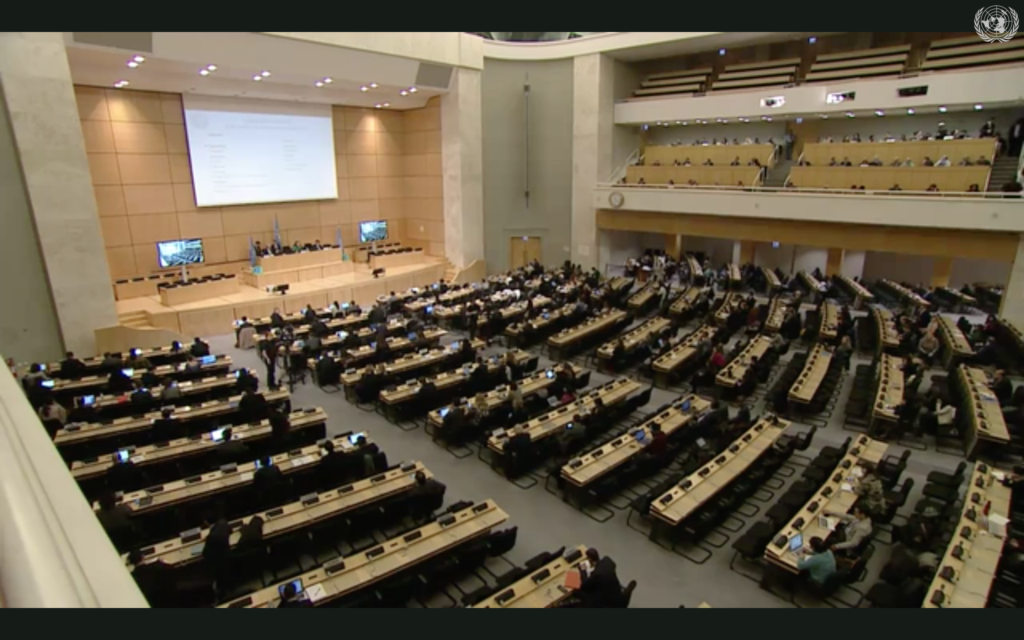 The 43rd UN Human Rights Council in session where the issue of Tibet was raised yesterday on the 61st anniversary of Tibetan National Uprising Day. Photo/ Tibet Bureau, Geneva

Geneva: The UN Member States expressed concerns over the deplorable human rights situation in China, including Tibet at the ongoing 43rd Regular Session yesterday which marked the 61st anniversary of Tibetan National Uprising Day. Delegates from Germany, the Czech Republic, the Netherlands and the European Union on behalf of 27 European countries called on China to respect human rights in Tibet.

Calling for the UN Human Rights Council’s attention on the human rights situation in the world, the delegate from Germany called on China to immediately end “the unlawful mass-detentions, torture and massive infringements of civic, political and religious rights” in Xinjiang and Tibet. Germany welcomed China’s visit invitation to the UN Commissioner for Human Rights, and hoped that the “necessary conditions will be met.”

The delegate from the Czech Republic highlighted that China’s claim of “economic development is yet to be matched with the progress on human rights and the rule of law”. While reiterating international community call, Czech Republic called upon China to “halt systematic restrictions on human rights, be it in Xinjiang or Tibet”. Czech further expressed concern over China’s growing restrictions on “access to information and the crackdown on citizen-journalists not least during the health crisis”.

The European Union, representing the 27 European countries, expressed grave concerns over China’s political re-education camps, widespread surveillance and systematic restrictions on freedom of religion or belief. Reaffirming the joint communication by twelve UN Special Procedures mandate holders about China’s misuse of Counter-Terrorism Law, the European Union called “an independent, objective, impartial and transparent assessment of the issues of concern already identified by the UN Special Procedures”. The EU also called upon China to “uphold its national and international obligations, and to respect human rights, including the rights of persons belonging to minorities, especially in Xinjiang and Tibet”. EU further called upon China to release all human rights defenders including Tashi Wangchuk and, “allow meaningful access for the UN High Commissioner”.

Delegates from the Netherlands said the Kingdom of Netherlands is aligned with the statement from the European Union. The Netherlands remain concerned over freedom of Religion and Belief in China particularly Tibetan Buddhists, Muslims, Christians. The Netherlands also called China for meaningful access to independent observers, including the UN High Commissioner to assess the ground situation.

Member States including Australia, Finland, France, Sweden and the United Kingdom have all called upon China to respect the rights of minorities and allow meaningful access to the UN High Commissioner. 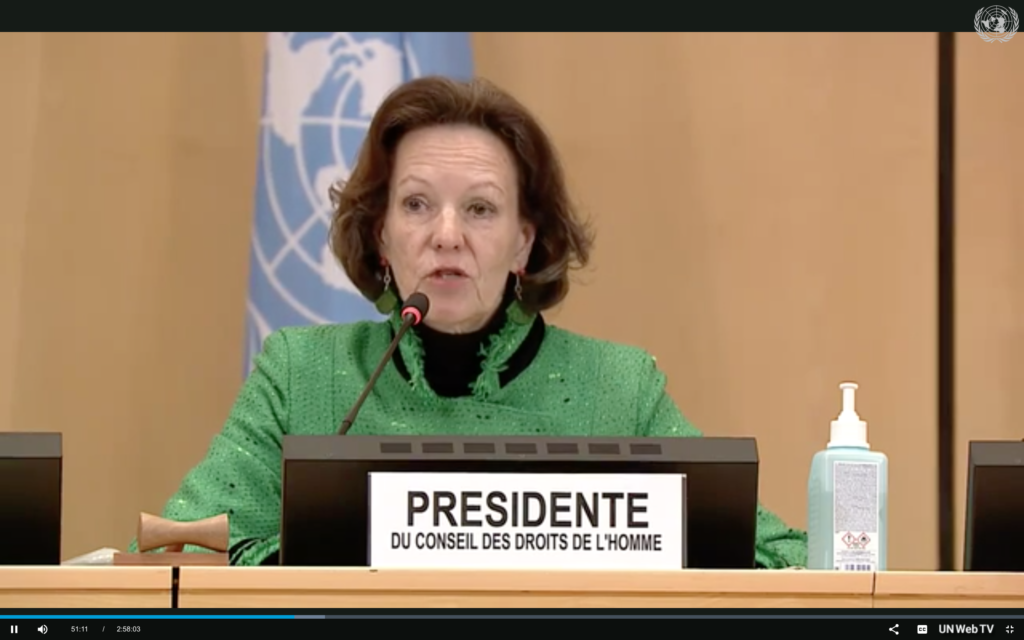 UN HRC President during the session.