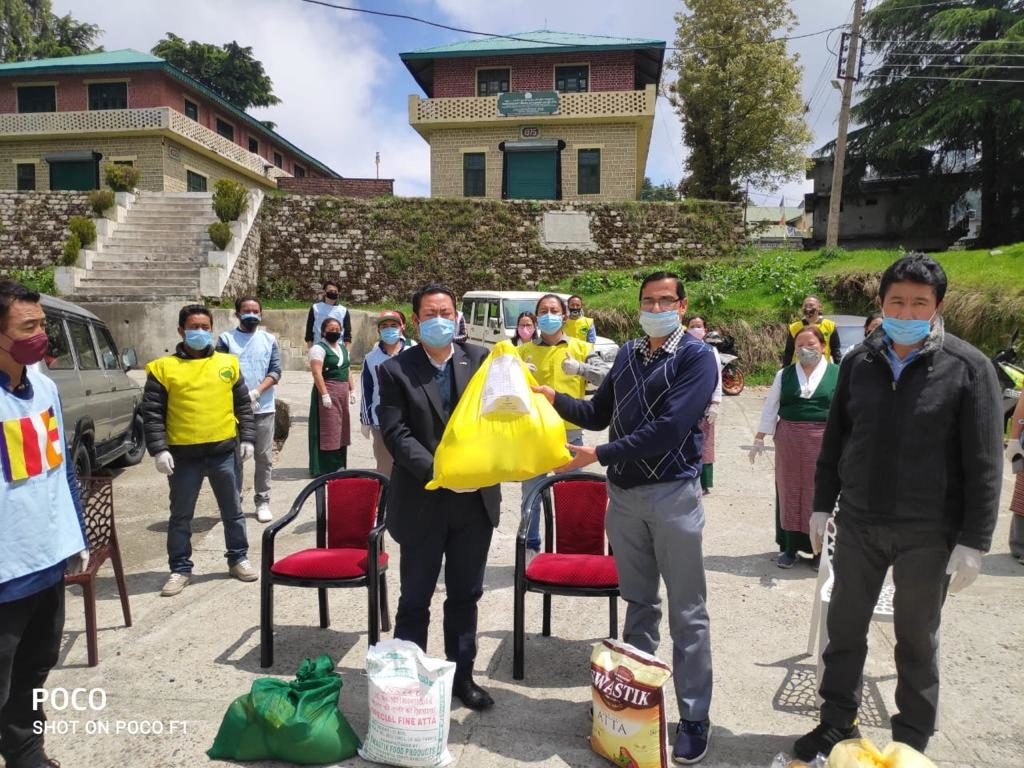 Dalhousie: Tibetans in Dalhousie led by the Settlement Officer and joined by organisations like the Regional Tibetan Youth Congress, Regional Tibetan Women’s Association, Middle Way Approach Losel Ling Tara Temple initiated fundraising for COVID-19 relief aid to support local Indian poor suffering in the crisis. Major individual contributors from the settlement as well as Tibetans from abroad donated to the cause.

The Settlement Officer on behalf of the Tibetan community expressed gratitude to the central government, state and district governments for their efforts to contain the outbreak, especially, front-line workers like medics, sanitation workers, police and others.

In a gesture of solidarity, Dalhousie Tibetans donated 80 kits worth of 1 lakh (1,06,560) to the local poor in coordination with the SDM.

The ration kits are organised for distribution among the locals.

Read the official letter below.