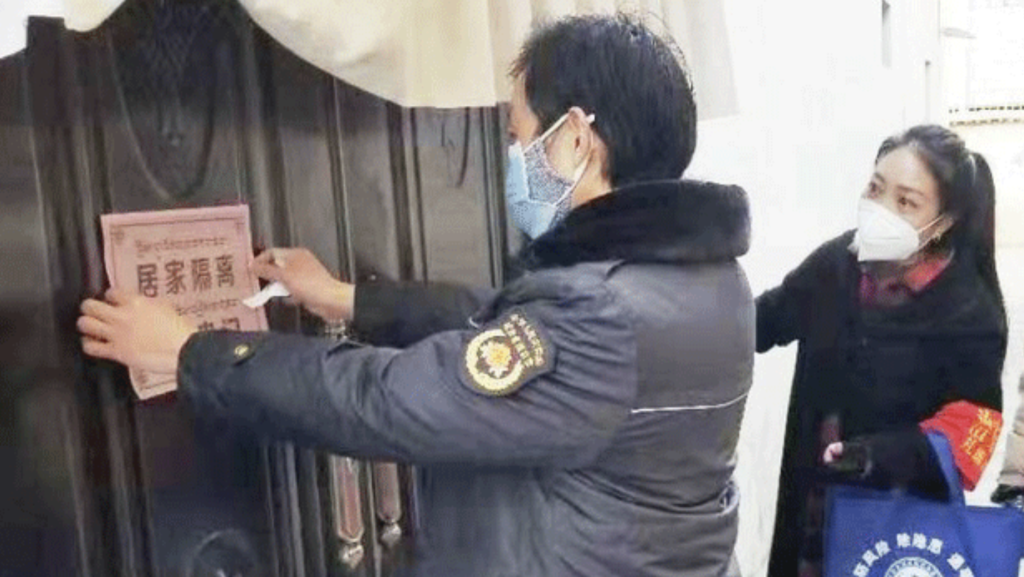 A notice is posted on a Tibetan house in Lhasa, ordering residents to stay at home, in a February 2020 photo.

Schools in the Tibet Autonomous Region have postponed their opening for the spring semester due to fears of the spreading Wuhan coronavirus, with some students now stuck at home beginning to receive instruction online, sources say.

The new term will now begin at the end of March, the Education Department of Tibet’s regional capital Lhasa said in a March 1 announcement, though Chinese authorities in a press conference the same day said a firm date for classes to resume after winter break has not been set.

“The date of the schools’ reopening will be determined at a later date only after further assessing the control and containment of the coronavirus outbreak,” officials told reporters, giving health concerns as the main reason that the schools remain closed.

“March includes several important political anniversaries and is the most heavily restricted month in Tibet,” RFA’s source said, adding, “Therefore, the delay in re-opening the schools reflects both the fear of coronavirus infections and the sensitive nature of the anniversaries.”

Students now returning to Tibet from mainland China are already being subjected to physical screenings to be checked for signs of exposure to the coronavirus, the source said.

“The respective schools are required to submit each student’s health report each day, along with their current state of health and the date of their return to Tibet,” the source said, citing directives from the Education Department of the Tibet Autonomous Region (TAR) following the outbreak of the virus in China.

“Tibetan students who have returned to the TAR from outside are being kept in medical isolation for 14 days without being allowed any outside contact,” he said.

On March 10, 1959, Tibetans in Lhasa rose up in protest of Beijing’s tightening political and military control of the formerly independent Tibet, sparking a rebellion in which thousands were killed.

And on March 14, 2008, a riot in Lhasa followed the suppression by the Chinese police of four days of peaceful Tibetan protests and led to the destruction of Han Chinese shops in the city and deadly attacks on Han Chinese residents.

The riot then sparked a wave of mostly peaceful protests against Chinese rule that spread across Tibet and into Tibetan-populated regions of western Chinese provinces.

Hundreds of Tibetans were detained, beaten, or shot as Chinese security forces quelled the protests.