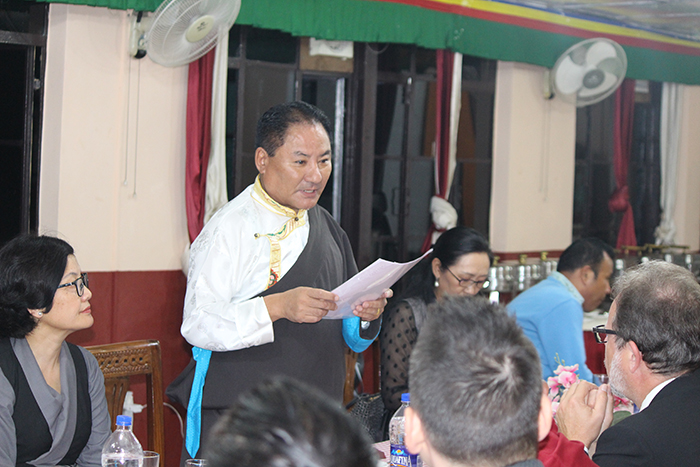 Speaker Pema Jungney received the delegation and had a brief meeting with them in his office. Speaker spoke about the evolution of Tibetan democratic polity and Middle Way Policy. He further spoke about the composition and functioning of Tibetan Parliament-in-Exile and introduced three sections viz. Political, Administrative and Gyundrel (Finance) of the standing committee.

Speaker also answered questions asked by the members of the delegation on Tibetan electoral system, the current situation inside Tibet, Tibet issue, and current relation between India and China, and process of finding reincarnations of His Holiness the Dalai Lama. The delegates then took a tour of Parliament hall. 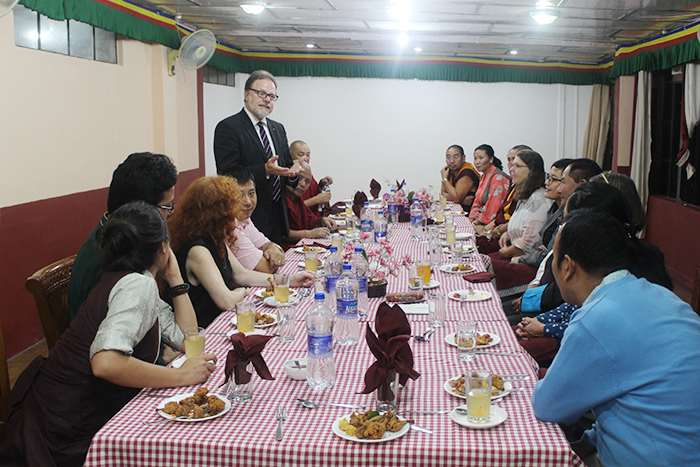 Speaker Pema Jungney in his welcome address extended a warm welcome to the delegates. He expressed his heartfelt gratitude for coming to Dharamsala and standing tall with the Tibetans at this critical time in our struggle.

He added that they been staunch supporters of the Tibetan cause and the gathering will send a strong message to the Chinese Government that Tibetans are never alone. Germany is a powerful nation and it has always stood beside the truth and just cause of Tibet.

Speaker then highlighted the deteriorating situation inside Tibet. The self-immolations of Tibetans and the demolition of monastic institutions in Tibet. There is no improvement in the overall Human right situation under the hardline policies of Chinese Leadership. 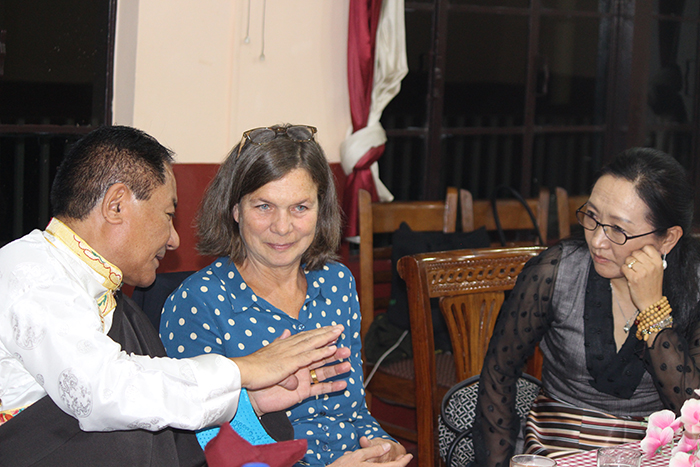 The Speaker further spoke on violation of religious freedom in Tibet by the Chinese government.

“The restriction on the practice of Buddhism is akin to the restriction on Tibetan culture. Such restrictions were also imposed on the Tibetan language, which is the ultimate identity of Tibetans as a nationality. The relentless promotion of Mandarin under the People’s Republic of China has seized the space of minority languages.”

“And most recently, The Committee on Human Rights and Humanitarian Aid of the German Parliament called China to “immediately stop the repression of the Tibetan people” and “resume dialogue with the legitimate representatives of the Tibetans”, in a joint statement. Likewise, Mr. Kalsang Gyaltsen, the former special representative of His Holiness the Dalai Lama was invited to German Bundestag to speak on the human right situation of religious minorities as an expert of Tibetan Buddhism. We are eternally grateful for the support from the people and government of Germany to the Tibet cause.” 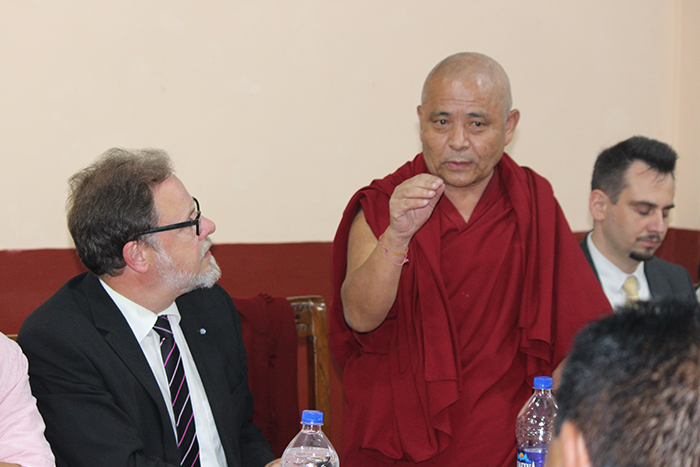 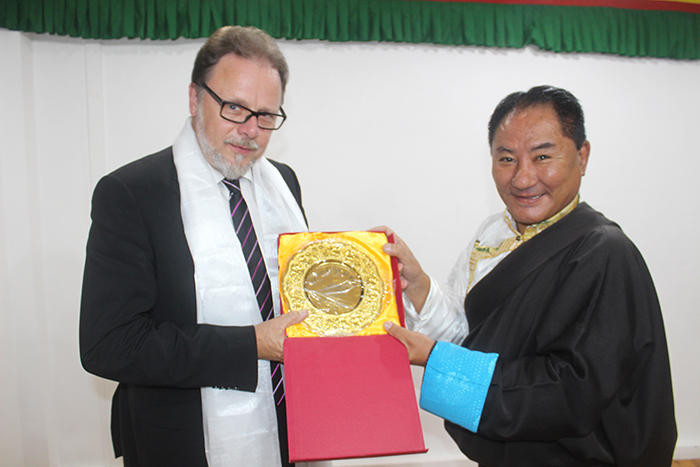 The Speaker spoke about the mutually beneficial Middle-Way policy that has been relentlessly pursued by His Holiness the Dalai Lama and Central Tibetan Administration, which is a pragmatic course to resolve the issue of Tibet peacefully. This approach meets the vital needs of the Tibetan people while ensuring the unity and stability of the People’s Republic of China.

The Speaker concluded his speech by requesting their support to encourage the Chinese authorities to resume dialogue between the representatives of His Holiness the Dalai Lama and the Chinese government. 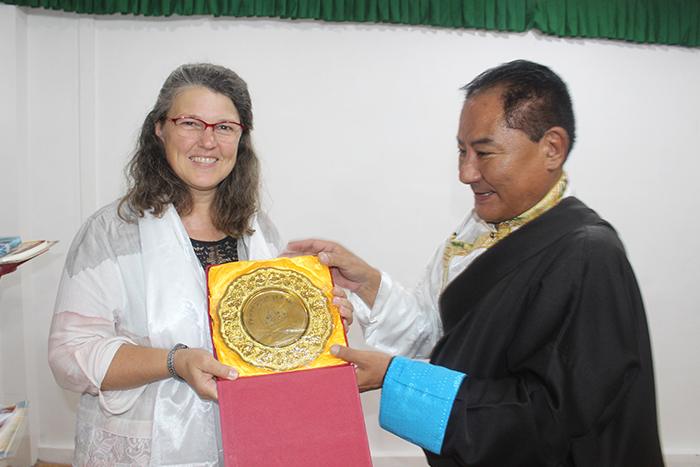 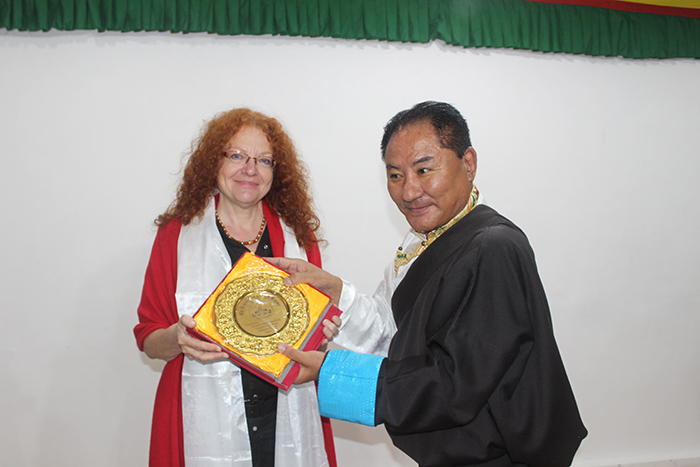 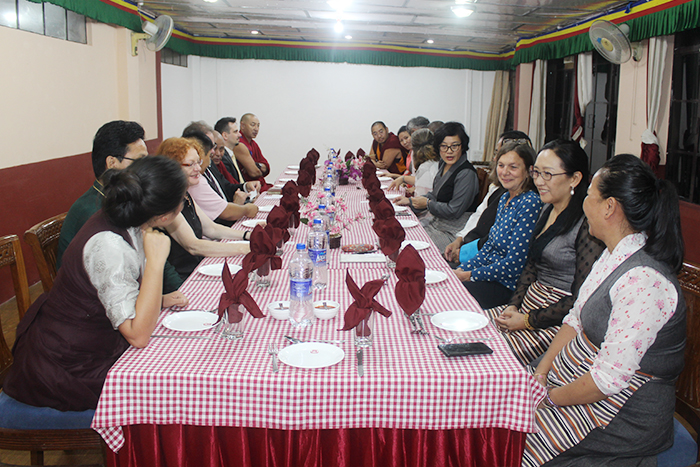 Members of the Standing committee of Tibetan Parliament in Exile in conversation with the delegation. 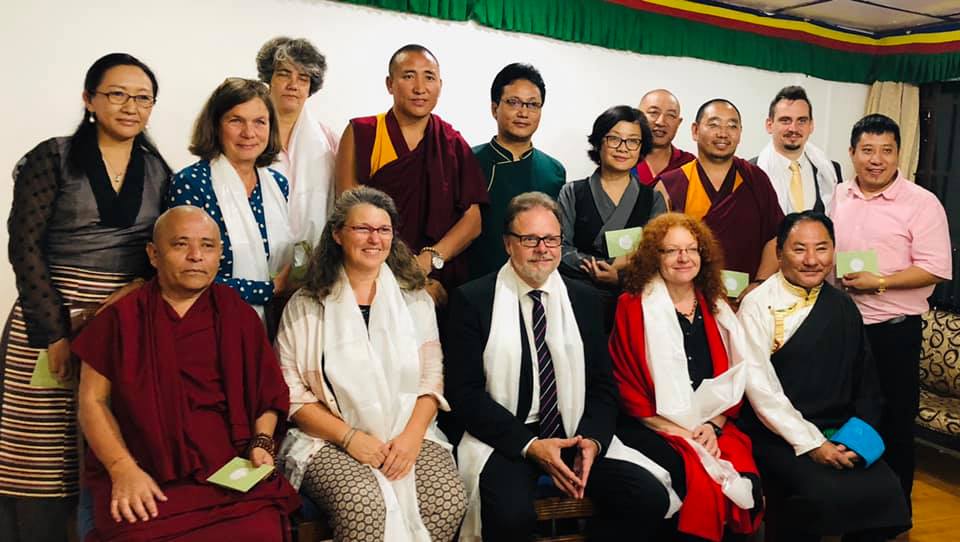