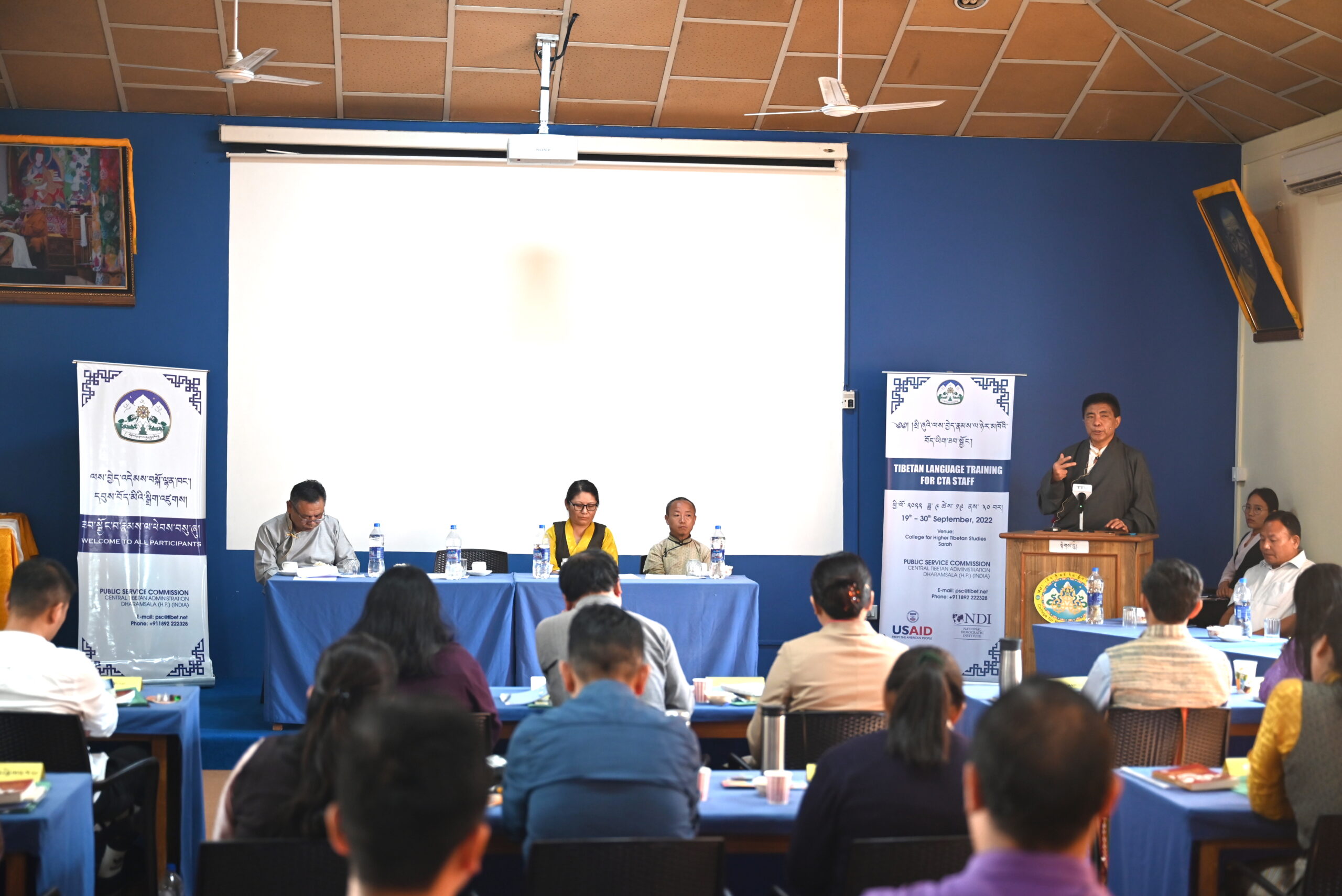 The training’s inaugural ceremony was convened earlier today in the attendance of Public Service Commissioner Wangdu Tsering Pesur as the chief guest, accompanied by Secretary Tsering Yangkey, Principal Passang Tsering from Sarah College, and CTA’s Monitoring and Evaluation Officer Tenzin Loden. In addition, the event was also attended by the instructors and the participants of the training.

In his introductory remarks, Principal Passang Tsering succinctly introduced Sarah college, explaining its key objective to meet the demand of Tibetan language teachers in the exile community. He further apprised the gathering about the institution’s collaboration with various departments of CTA in imparting education and conducting workshops to different categories of Tibetans ranging from students to civil servants.

Given the endangering state of the Tibetan language, undergoing a systematic eradication in Tibet under the unification policy of Beijing coupled with diminishing Tibetan dialect users in exile due to certain circumstances,  Wangdu Tsering Pesur underscored the preservation and promotion of the Tibetan language as crucial need of the day. At the same time, he recalled His Holiness the Dalai Lama’s immense efforts and massive contributions to the continual existence of the Tibetan language thus far.

Furthermore, the Public Service Commissioner reckons Tibet’s status quo to be the primary reason for the current dire state of the Tibetan language. Having said this, the organising office’s head considered the ten-day training as a historic contribution from PSC to preserving the Tibetan language.

Following the Public Service Commissioner’s conclusion, Professor Ven Tenzin Damchoe from Sarah College conveyed a vote of thanks to the gathering.

The Tibetan Language Training held from 19-30 September for CTA’s administrative staff was jointly funded by NDI and USAID. 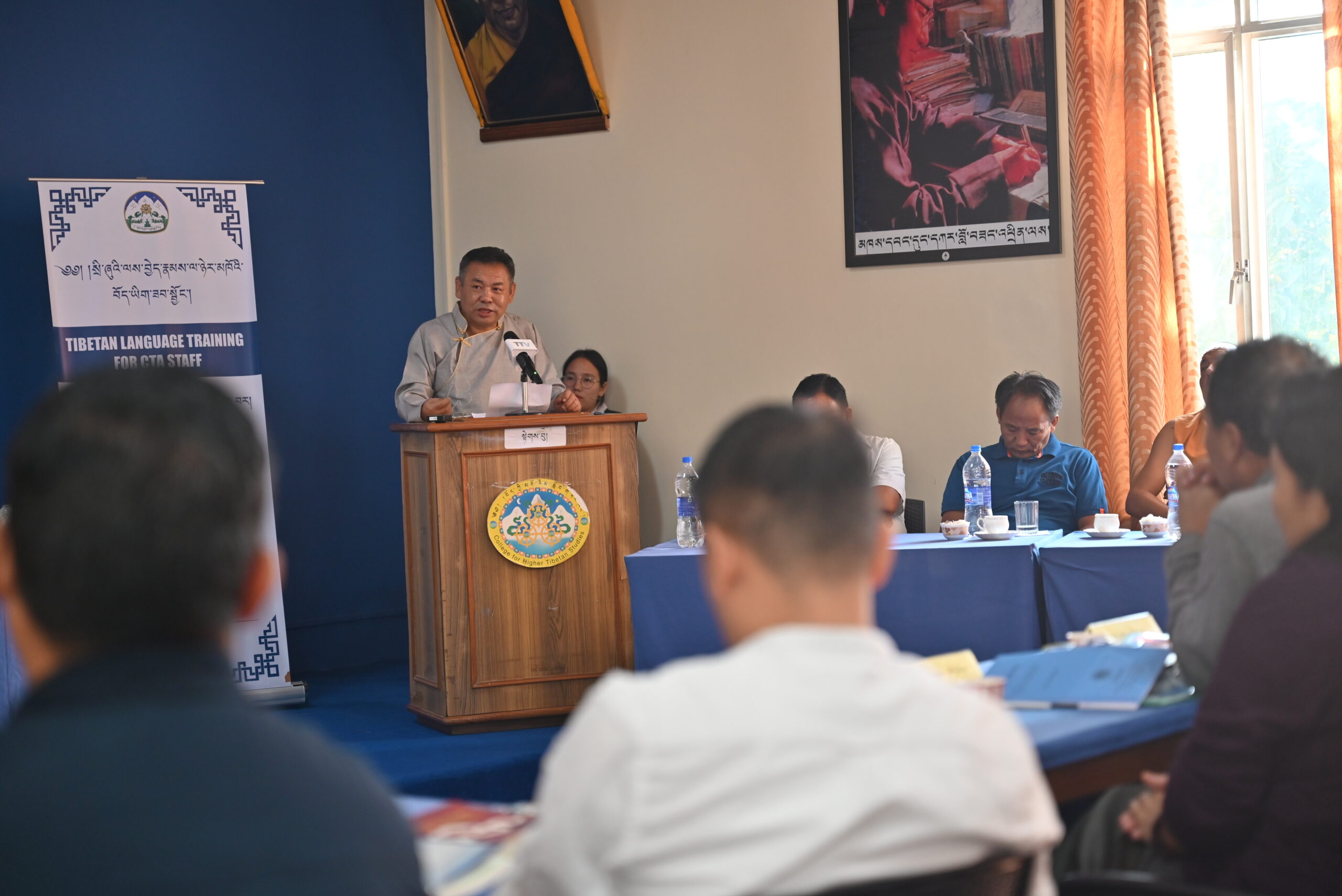 Principal Passang Tsering of Sarah College introducing the institution to the participants. 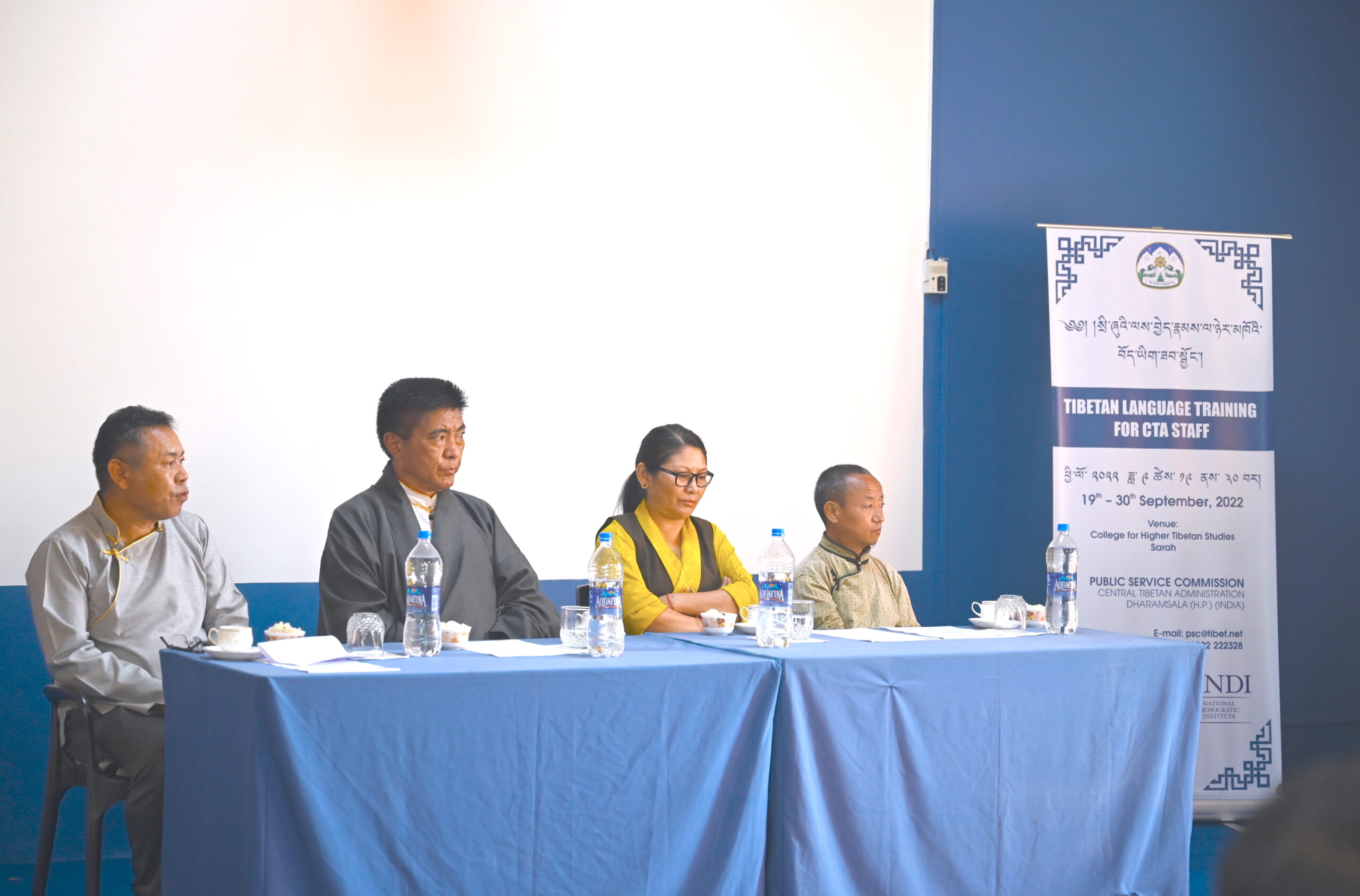 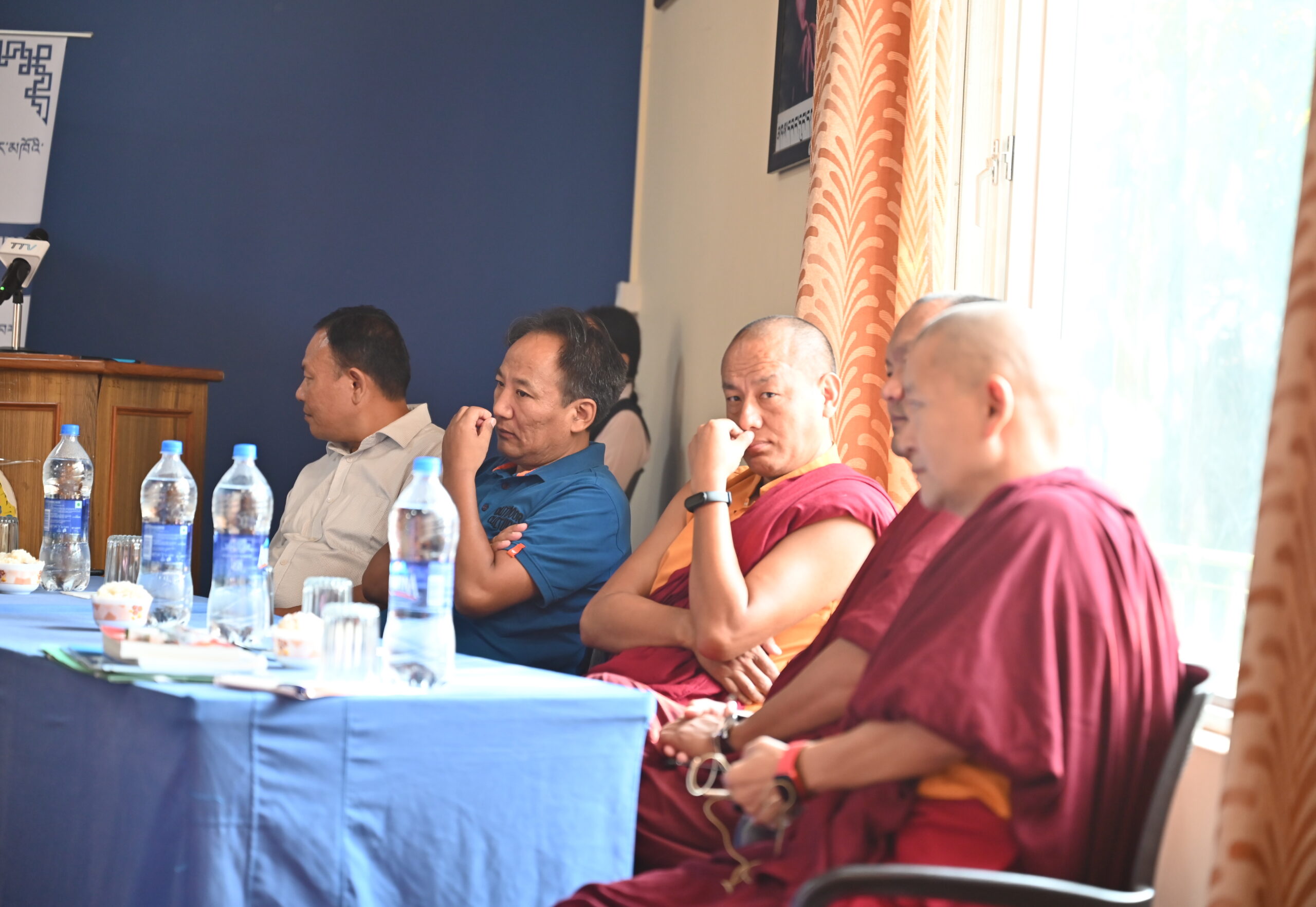 Instructors of the training during the inaugural ceremony. 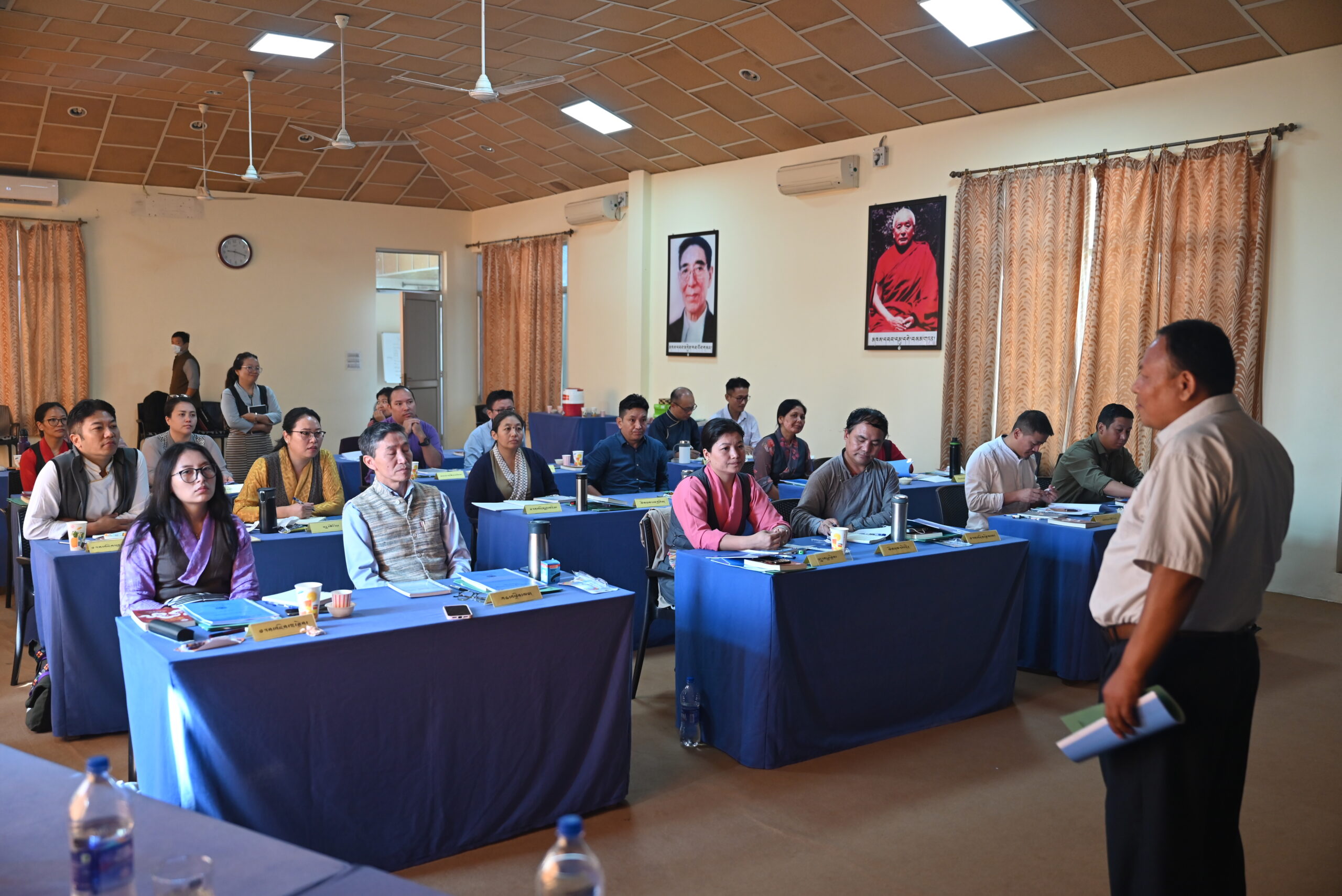 Glimpse of the Tibetan language training. 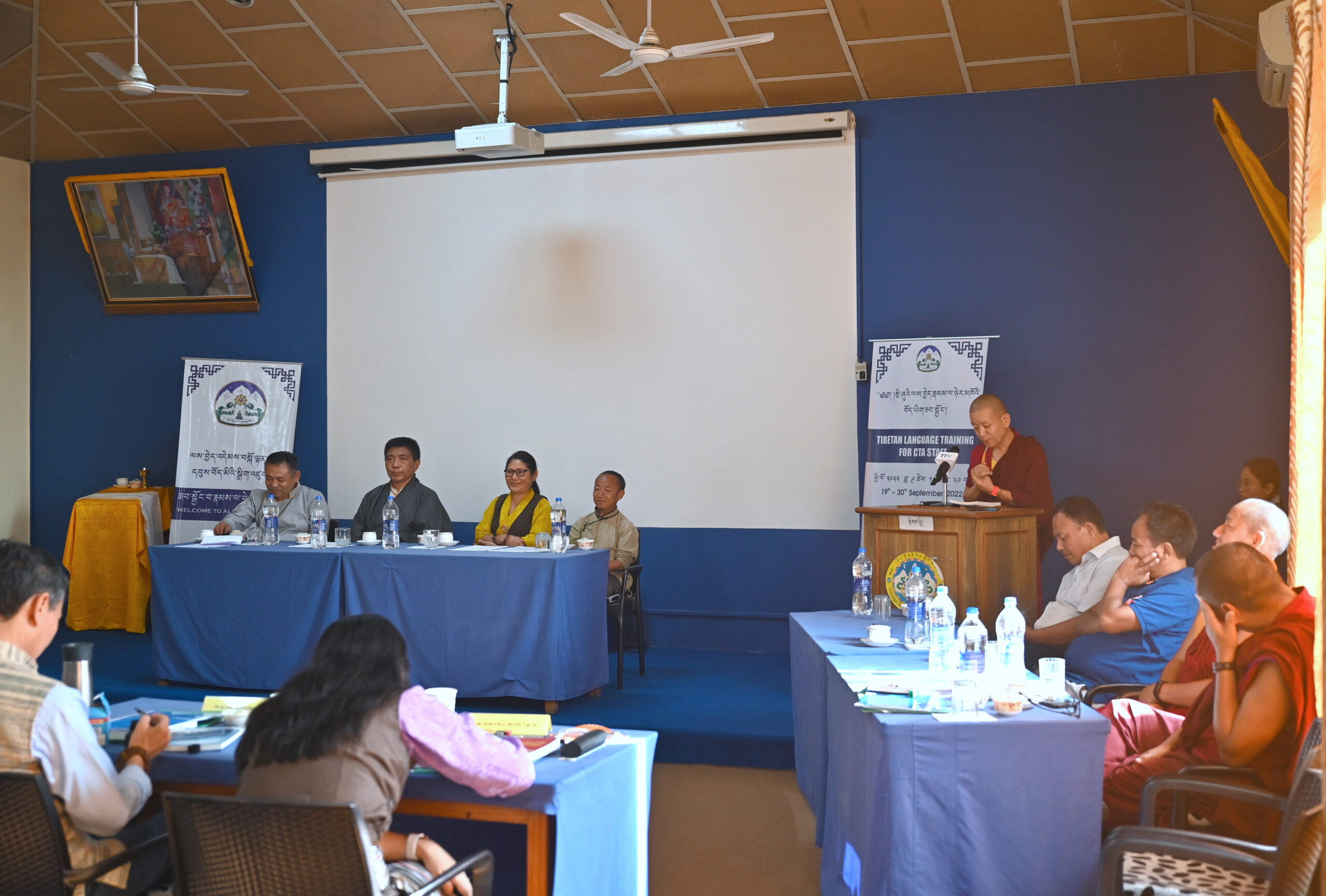 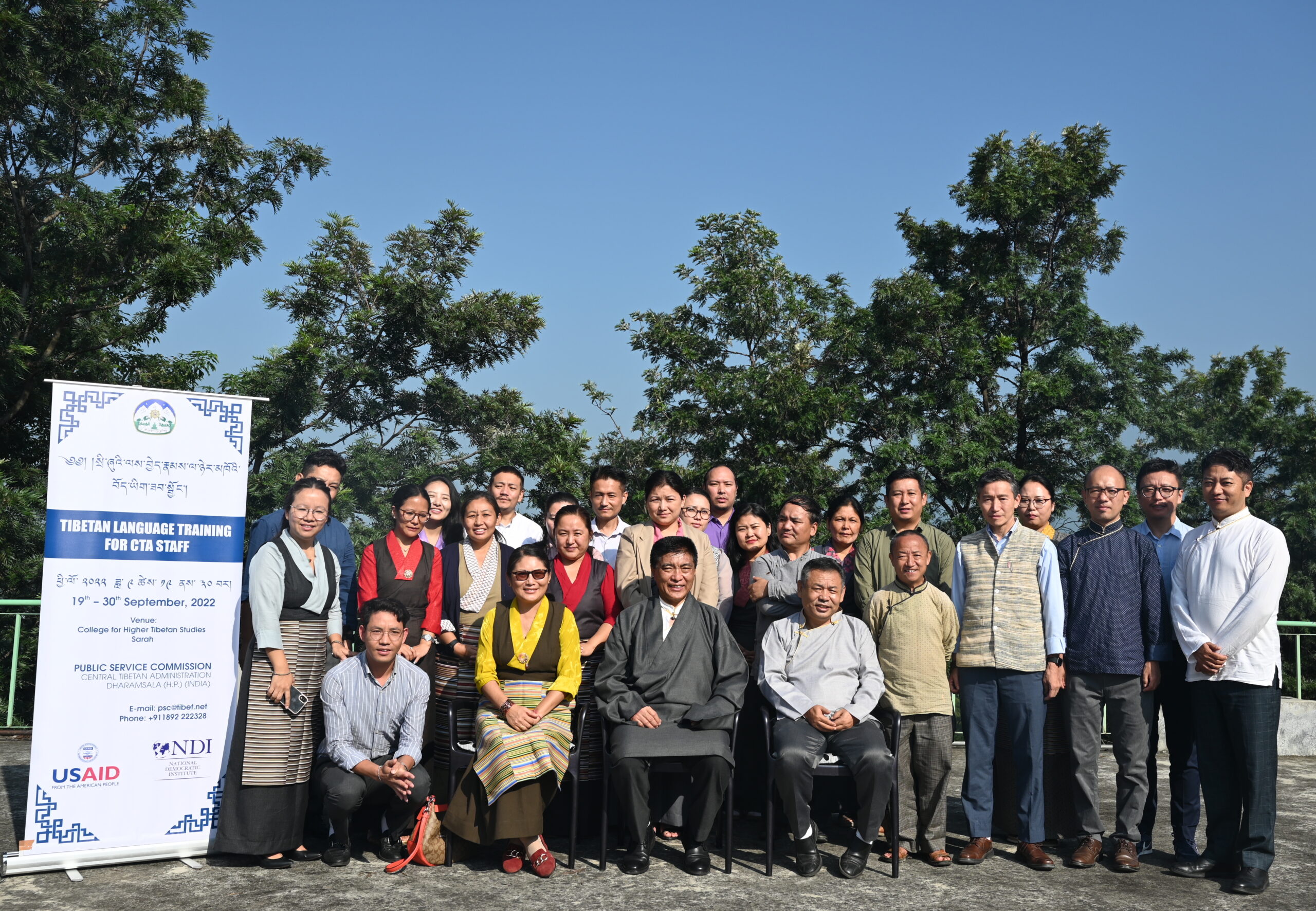