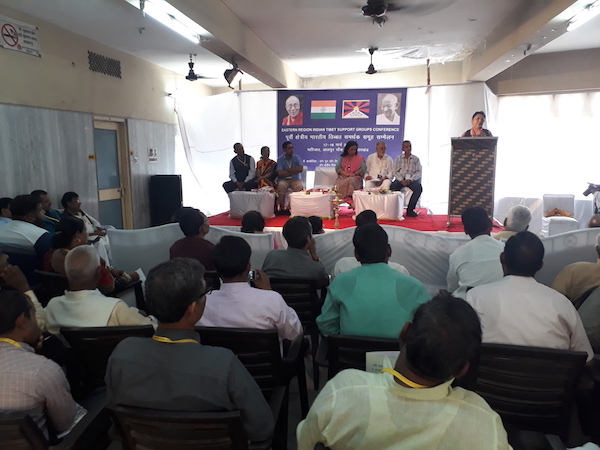 More than 100 participants from various Tibet Support Groups organisation from four eastern region states of Bihar, Chattisgarh, Jharkhand and Odisha took part in the conference to deliberate upon the activities to be carried out on the issue of Tibet in the region.

Ms. Dolma Gyari in her speech stated that the support of Indian Leaders and people for the cause of Tibet and Tibetan movement was apparent since Tibetans sought refuge in India by reflecting to the resolution of the All India Tibet Convention held at Calcutta in 1959. We all knew that Tibet was forcefully and illegally occupied by China through its expansionist policy and with the intention to extract all the rich natural resources of Tibet which can be utilize for nuclear weapons. She said that on the recent instructions of Government of India towards the Central Tibetan Administration for organising “Thank You India” event, I am sure it must be of India’s strategic importance and not under the influence of China. Furthermore the visit of Honorable Prime Minister of India to Arunachal Pradesh was also part of India’s Strategic move against China. She even said, His Holiness the Dalai Lama have always carried the message that India and Tibet shared a relationship of Guru-Chela. Hence it is the moral responsibility of India to free Tibet from Chinese illegal occupation.

On the current situation prevailing inside Tibet, she stated that what is happening in Tibet is unlawful, unjust and immoral.

The other guest speakers spoke on various key issues such as His Holiness the Dalai Lama addressing the joint session of Indian Parliament and appeal the Indian Government to initiate the stalled dialogue process between the Representative of His Holiness the Dalai Lama and People Republic of China since 2010. It was also appeal to the Convener of All Party Indian Parliamentary Forum for Tibet to convene the World Parliamentarian Convention on Tibet in New Delhi in the coming year.

The valedictory session will be held with the presence of prominent leaders from the region namely Shri C.P. Singh, Minister of Nagar Vikas and Transport, Government of Jharkhand; Padamshri Ashok Bhagat, Secretary, Vikas Bharti and Shri Sanjay Seth, President, Jharkhand Khadi Board on 18th March 2018.

Note: The Inaugural ceremony of the conference was covered by Prominent Media in Ranchi which include Prabhat Khabar, SunMarg, Hindustan & Morning India. 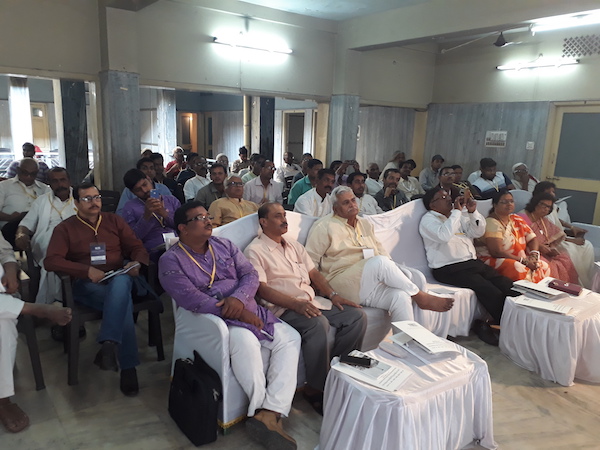 Participants of the conference. 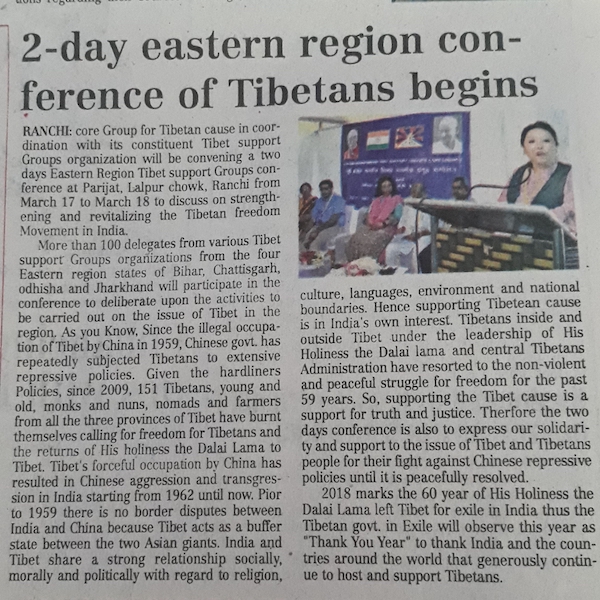 Coverage of the conference in Morning India Newspaper. 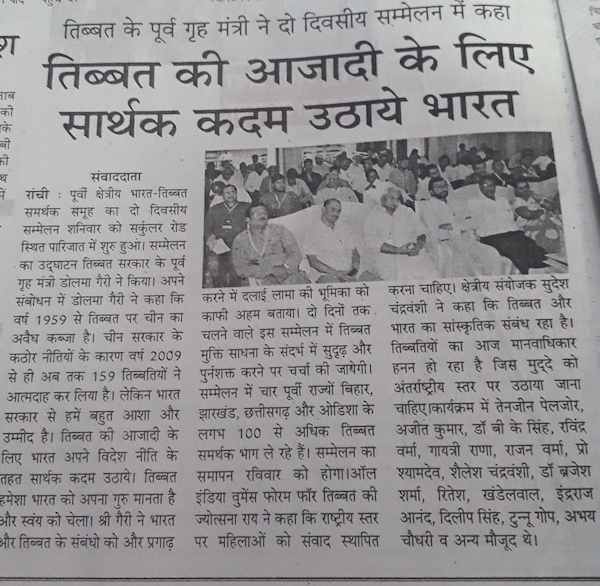 Coverage of the conference in Sunmarg Hindi newspaper. 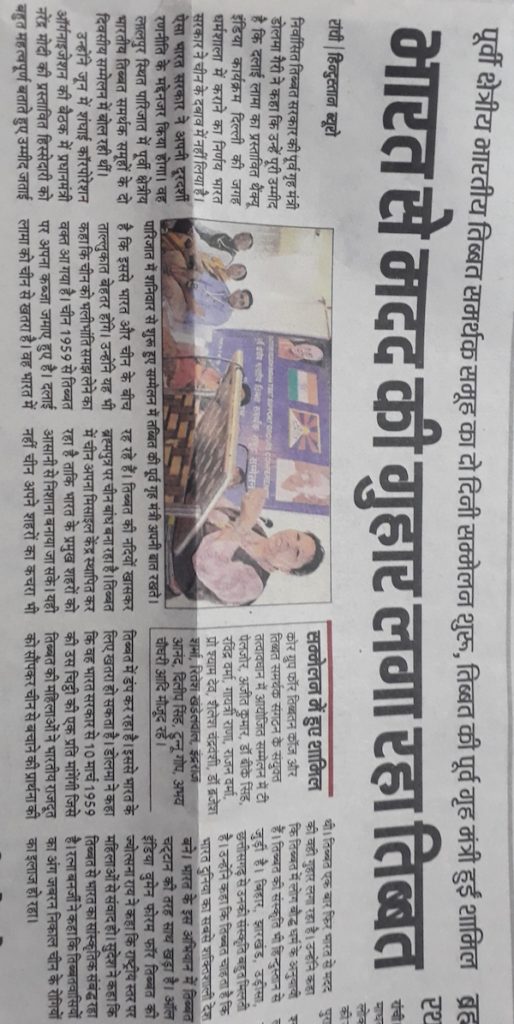 Coverage of the conference in Hindustan Hindi newspaper.