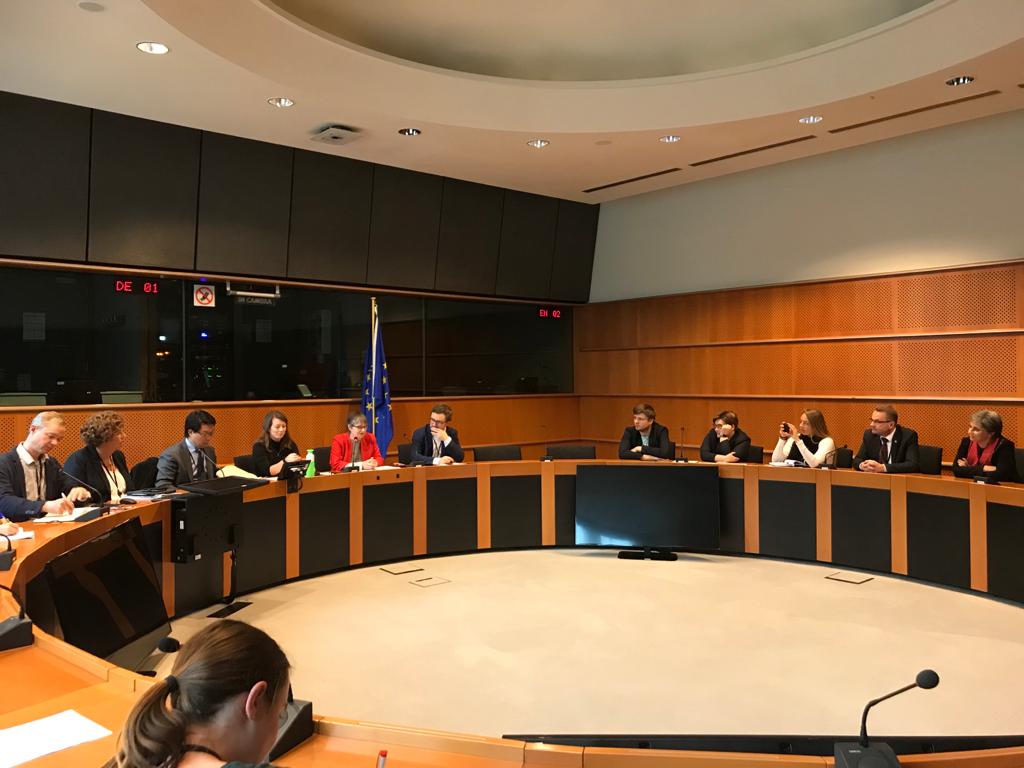 A Tibet Interest Group (TIG) was formed in the recently elected European Parliament on Wednesday. Ms Molly Scott-Cato, MEP chairs the meeting attended by seven MEPs, nine Assistants of MEPs and staff of the Office of Tibet and ICT.

Brussels: A Tibet Interest Group (TIG) was formed in the recently elected European Parliament on Wednesday. Ms Molly Scott-Cato, MEP, chaired the meeting which was attended by seven MEPs and nine Assistants of MEPs. The staff of the Office of Tibet and ICT were also present.

Ms Scott-Cato, former Vice-President of TIG ensured a smooth transition during the past few months. Through her good offices, the Office of Tibet, Brussels, has been able to network with new MEPs. As she will be leaving the European Parliament at the end of this month because of the Brexit, it was important that the stewardship of the TIG was formally handed over to a new incumbent.

Ms Scott-Cato proposed the name of MEP Mikulas Peksa of Czech Republic. Representative Tashi Phuntsok, after giving a brief background of Mr Peksa, seconded the proposal. The meeting unanimously voted him to be the President of TIG by acclamation.

After his election, Mr Peksa enumerated few activities that the TIG would need to carry out. He proposed trips by MEPs and their Assistants to Dharamsala, film shows, exhibition and regular meetings of TIG. The new President, Mr Peksa in due course enlist more members and strengthen the TIG.

These were fully supported by Representative Tashi Phuntsok and assured that the Office of Tibet would follow up with these activities.

With handing over of the charge to Mr Peksa, Ms Scott-Cato was warmly thanked for her work in the TIG. The Office of Tibet presented appropriate appreciations and also congratulated Mr Peksa for his new leadership.

MEP Santos also congratulated Mr Peksa and assured him of her support. She also said that she would let him know her views on the activities of the TIG.

In the meantime, MEP Horwood also applauded Ms Scott-Cato for her stewardship of the TIG in the transitional period. He also wished Mr Peksa all the success.

MEP Heide informed the meeting that the Tibet issue has not been as publicly visible as was in last 20 years. He said that it was important to carry out activities to highlight Tibetan cause in the public domain.

Ms Elina Morhunova, Assistant to MEP Austrevicius, expressed support on behalf of her MEP and called on Mr Peksa to let her know of anything that her MEP would be happy to carry out.

Mr Metten of ICT also spoke briefly to express gratitude to Ms Scott-Cato and to wish Mr Peksa all the success.

At the end, the office of Tibet presented scarves to everybody on the auspicious launch of the TIG in the European Parliament.

The Office of Tibet hosted a farewell lunch yesterday to MEPs Scott-Cato and Horwood, two British MEPs, who will be leaving European Parliament this month’s end owing to Brexit. 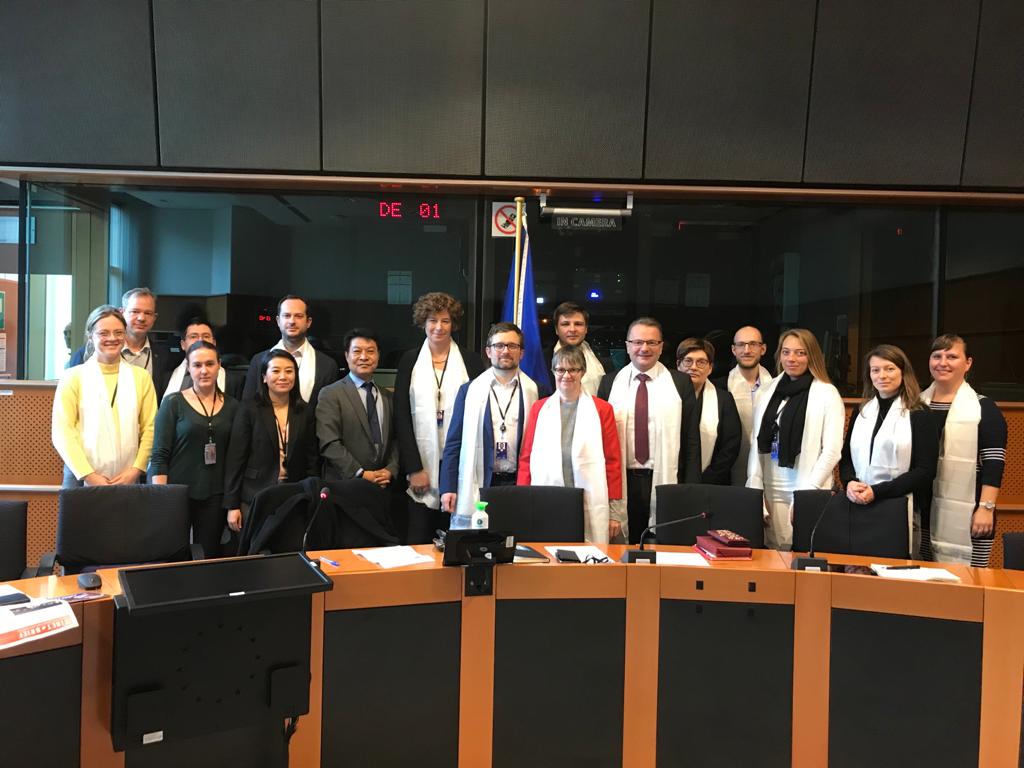 A Tibet Interest Group (TIG) was formed in the recently elected European Parliament on Wednesday. Ms Molly Scott-Cato, MEP chairs the meeting attended by seven MEPs, nine Assistants of MEPs and staff of the Office of Tibet and ICT. 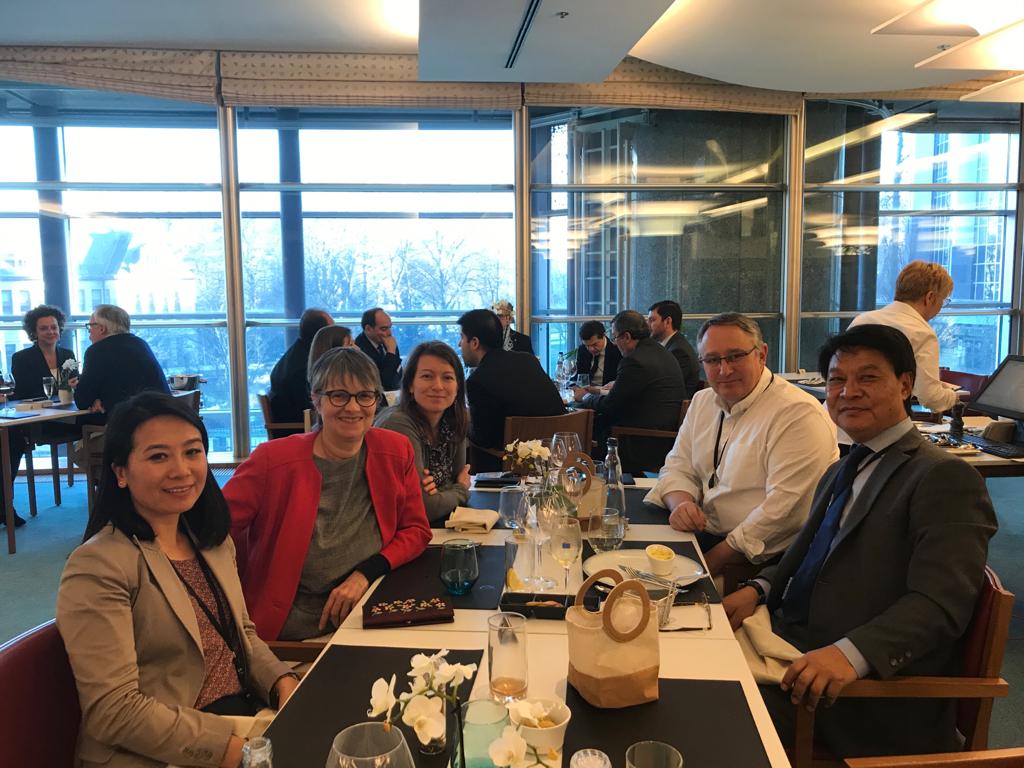 Representative Tashi Phuntsok and Rigzin Choedon Genkhang, on behalf of Office of Tibet, Brussels host a farewell lunch in honour of MEPs Cato and Horwood, British MEPs leaving European Parliament because of Brexit.