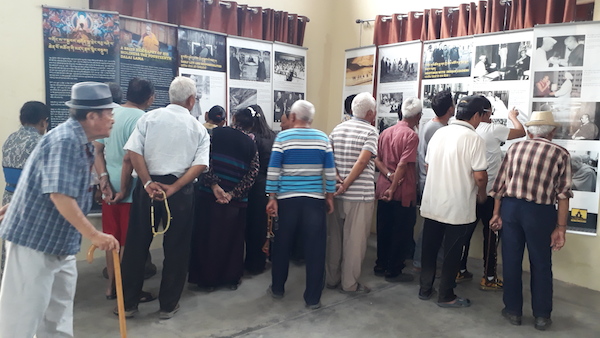 The Tibet Museum of DIIR, Central Tibetan Administration showcased its photo exhibition covering two themes namely “Brief Biography of His Holiness the 14th Dalai Lama” and Tibet’s Journey into Exile at Paonta Cholsum Tibetan Settlement on 7 April, 2018. The photo exhibition was showcased specially at the request of Paonta Cholsum Tibetan Settlement Office, specially for the old-aged and school children of the settlement prior to the Thank You India programme due at Paonta Sahib town on 9 April, 2018.

At afternoon, the students and staff from Sambhota Tibetan School visited the photo exhibition. They went through the exhibition curiously, in groups, guided by their teachers. As curious a students is, they put lots of questions, relevant as well as irrelevant. They were surprised to see such large number of photos hung on the wall of the hall.

The photo exhibition ended well with the aim to showcased it to the old aged and school children of the settlement to know the gratefulness of His Holiness the 14th Dalai Lama and revisit the Tibetan history in exile. 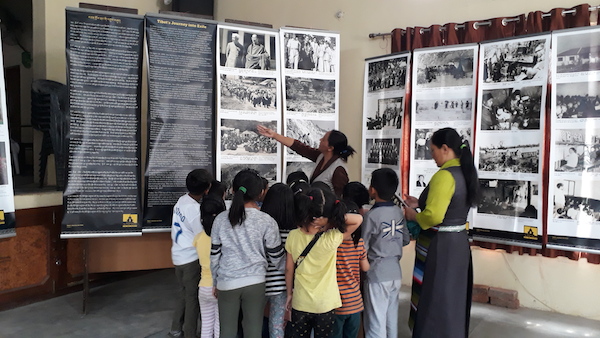 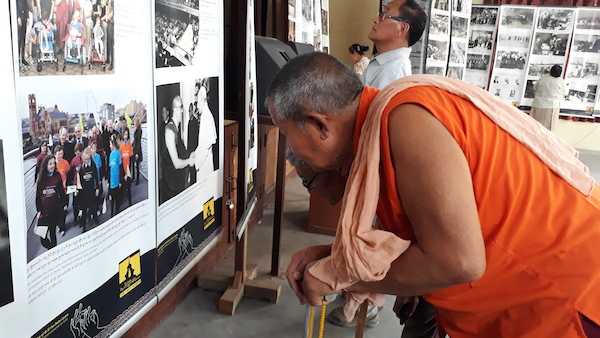 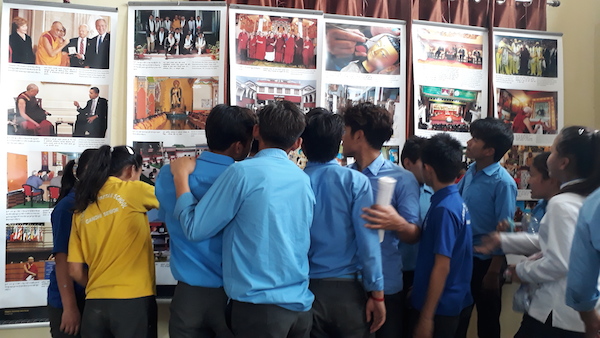