QUESTION: Also on China, just over the past weekend, three monks in Tibet did the self-immolation. That’s the – new cases in this year. So I’m wondering if you have any comments on that. 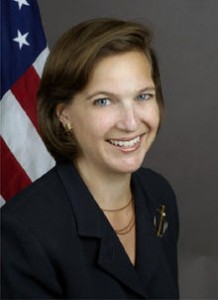 MS. NULAND: We do. We’re seriously concerned by reports that three more Tibetans have self-immolated over the past few days. Since March, this brings the count to some 15 Tibetan Buddhist self-immolations in China. We have consistently – the U.S. Government has consistently and directly raised with the Chinese Government this issue of Tibetan self-immolation.

These actions clearly represent enormous anger, enormous frustration with regard to the severe restrictions on human rights, including religious freedom inside China. And we have called the Chinese Government policies counterproductive and have urged the Chinese Government to have a productive dialogue to loosen up in Tibet and allow journalists and diplomats and other observers to report accurately and to respect the human rights of all of their citizens.