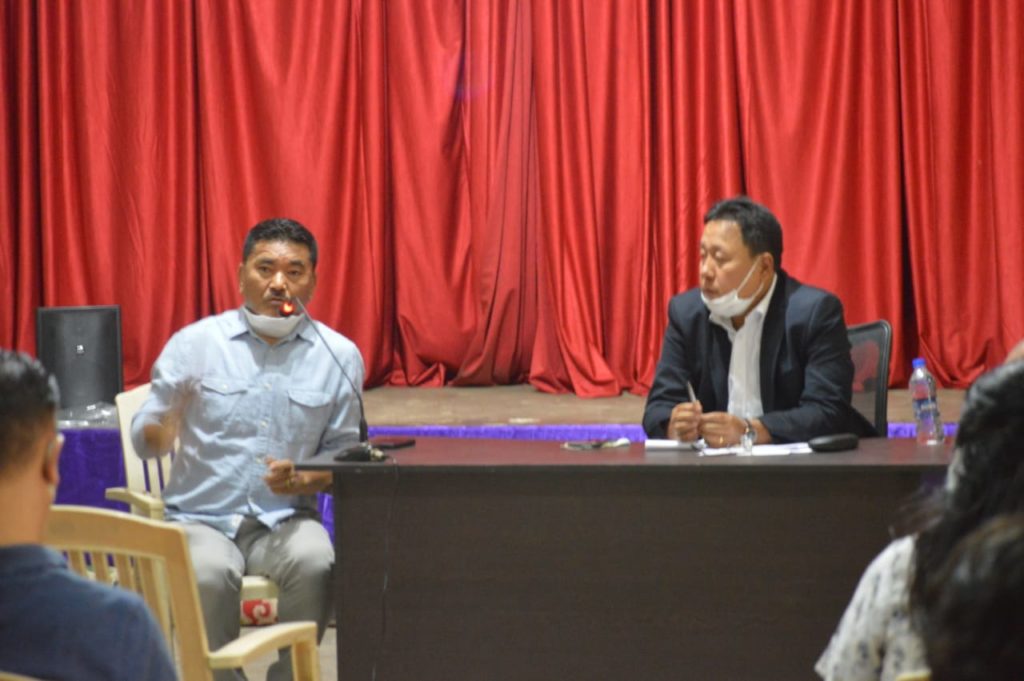 Bangalore: In an effort to assess the impact of the COVID-19 pandemic on Tibetan students and business communities in south India and offer support, the Chief Representative, CTA, South Zone, Mr Chophel Thupten, organised a series of online meetings with Tibetans studying and working in different cities and towns in the region.

The online meetings, which were held between June 25 and June 28, were organised for Tibetan students, professionals, and business communities residing in Bengaluru, Mysuru, and Mangalore in Karnataka; Chennai, Ooty, and Kodaikanal in Tamil Nadu; Hyderabad in Telangana; Auroville; Pondicherry; and Goa.

Through these virtual meetings, the Chief Representative outlined the various support programs and economic aid packages launched by the Central Tibetan Administration to help the vulnerable and less privileged individuals in the Tibetan community.

Mr Thupten also assured the south India-based Tibetan students and business communities of the CTA’s support for those impacted by the current COVID-19 pandemic, while seeking suggestions and inputs from the community on areas where the Tibetan administration can render aid.

“It is the responsibility of our office to look after our community’s welfare during this time of crisis. I have come here to tell you that we are with you. So, if anyone is facing any difficulty or have any suggestions to make for the CTA, I would be happy to hear your grievances and offer my support in any way I can,” Mr Thupten told the attendees at the virtual meeting.

Due to the ongoing COVID–19 pandemic, it has become extremely tough for officials to travel to different places to assess the on-ground realities, particularly as the respective state governments have imposed strict restrictions on the movement of people.

Moreover, the state government and CTA Kashag have both issued guidelines to not hold physical, in-person meetings, conferences, or seminars with more than 20 people present. Taking these restrictions into consideration, the Chief Representative, CTA, South Zone thought it best to hold these meetings online.

In Bengaluru city, however, the meeting was organised with the participation and presence of the different heads of organisations and institutions in the city, including The Dalai Lama College, Tibetan Youth Hostel, Chief Medical Officers of two Men-Tsee Khang centres in the city, and other students and business organisations. All other meetings with Tibetans in other south Indian cities and towns were conducted online.

At the start of each of these meetings, Mr Thupten began by taking stock of the ongoing crisis and its devastating socio-economic and health impact on people of all walks of life. He spoke about the increasing number of job losses and the negative impact on small and medium businesses, many of whom have been hit hard by the complete halt in business activity during the COVID-19-induced nationwide lockdown, with the impact of these declines still being felt even after the lockdown was lifted.

However, he categorically emphasised the fact that the Tibetan community is faring far better than most communities due to the blessings of His Holiness the Dalai Lama and the proactive initiatives undertaken by the CTA.

He further outlined the various support programs and economic aid packages initiated by the CTA. These include distribution of free food and clothing in quarantine centres; distribution of sanitisers and masks; provision of immunity-boosting Tibetan medicine for the aged, as well as for those admitted in quarantine centres and Tibetan nurses and other frontline workers who are leading the fight against this pandemic. The financial aid package for the vulnerable and disadvantaged Tibetan individuals have also proved to be greatly beneficial, Mr Thupten said.

During the meetings, the student bodies from different towns and cities offered many valuable suggestions. Some of these issues will be resolved by the Chief Representative, CTA, South Zone office, while others will be relayed to higher authorities of the CTA.

One of the chief concerns and suggestions raised by the student bodies relate to measures to ensure effective utilisation of time by students who have relatively more time in their hands as colleges and institutions continue to remain shut while offering classes online.

Likewise, the business community located at Ooty, Kodaikanal, Goa, Pondicherry, and Auroville also made a few suggestions and detailed the problems being faced by them. To this, the Chief Representative, South Zone agreed to resolve their problems at the earliest possible, adding that some of these issues will be brought to the attention of higher authorities at Dharamsala.

The Chief Representative, South Zone, CTA also announced that through Hon’ble Sikyong Dr Lobsang Sangay’s effort, around 40,000 high-quality masks have been received in Bangalore from Japan. These will be distributed in all five Tibetan settlements of Karnataka and to Tibetan communities residing in different cities and towns of south India, he said.

The meetings concluded with an agreement to hold similar virtual meetings in the future. 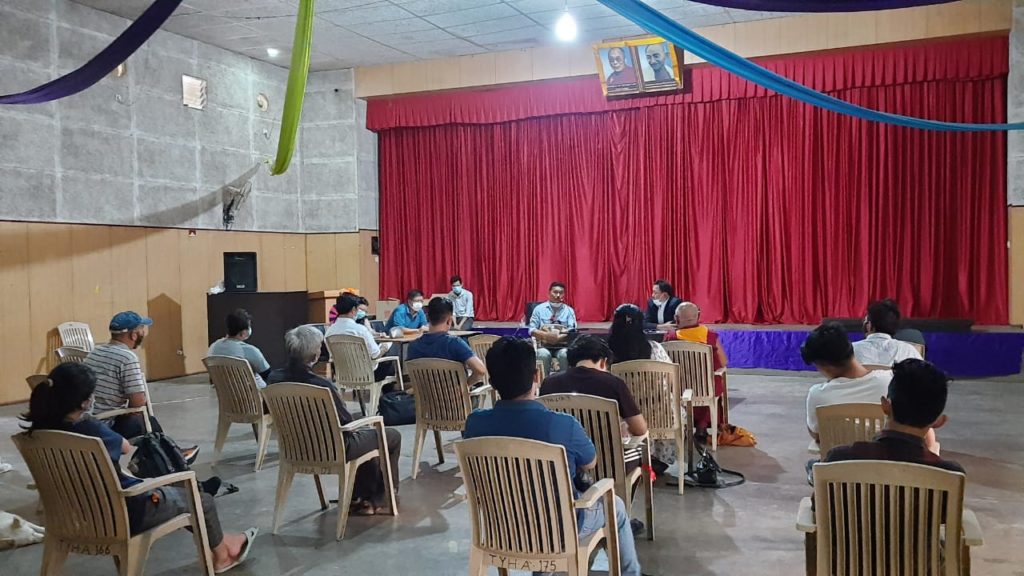 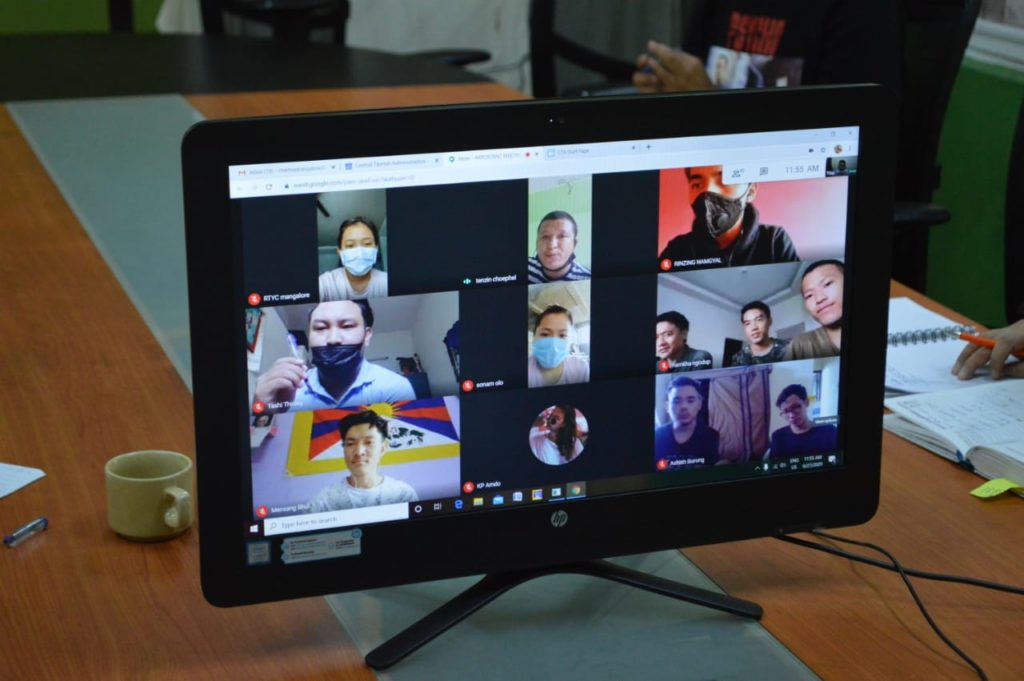 Virtual meeting with students from different cities in south India. 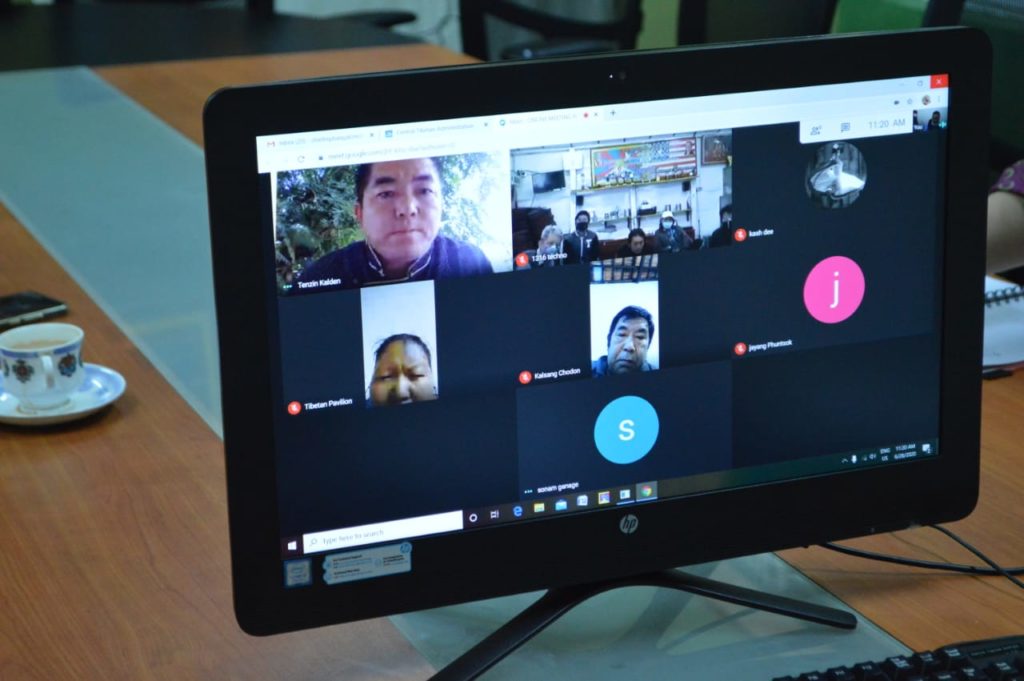 Virtual meeting with the business community in south India.