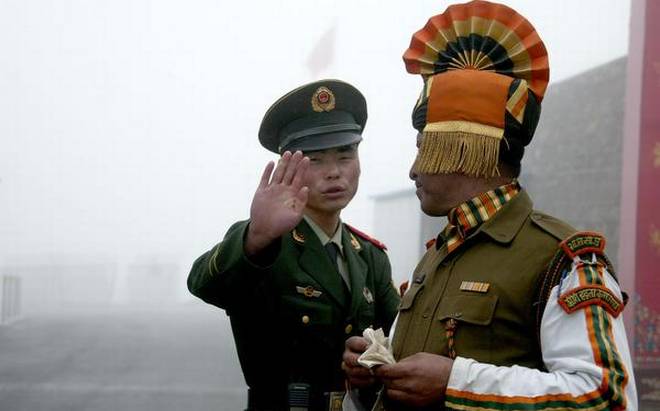 “In Hong Kong, India has a direct interest due to the large Indian diaspora of over 22,000 people.” | AFP

India could strengthen its diplomatic leverages against China by issuing statements on Xinjiang, Tibet, the South China Sea, and Hong Kong.

In my opinion, India’s response to China’s diplomatic offensive of recent years has been inconsistent and sporadic. Using diplomatic tools in an institutionalised way to highlight China’s vulnerabilities is something India refrains from. This, despite China’s increased diplomatic activism against India. For instance, China raised the dilution of Article 370 in the United Nations Security Council on behalf of Pakistan. It has repeatedly blocked India’s entry into the 48-member Nuclear Supplier Group. It also took over 10 years to sponsor the blacklisting of Masood Azhar as a UN-designated global terrorist.

I believe India should not refrain from developing diplomatic leverages and using them against China, whenever required. It should issue statements on China’s “re-education camps” in Xinjiang, its activities in the South China Sea which impact India, and Hong Kong protests. It could also occasionally use Tibet as an irritant like China uses Kashmir. All of these with the presumption that India has improved its border infrastructure to at least maintain the status quo in case of escalation of tensions.

Xinjiang is China’s westernmost province and currently under the scanner for its state policy of discrimination against the Uyghur Muslims. The recent exposé by the New York Times and the International Consortium of Investigative Journalists show that over 1.8 million Uyghurs are detained by China in its “re-education camps”. Similarly, China’s autonomous province of Hong Kong is rocked by anti-government protests for months and it is unable to control the situation. India’s Ministry of Foreign Affairs (MEA) has not issued a single statement on these two events for fear of antagonising China. It didn’t even react when China positioned its coast guard vessels near ONGC Videsh’s oil and gas production blocks in the South China Sea. The current regime had also ordered its ministers to stay away from events organised by the Tibetan government-in-exile. This was to avoid Chinese angst against India.

China is vulnerable in these four regions and India could potentially attain diplomatic leverages by making statements on them. India should use its diplomatic tools to insulate Kashmir and Arunachal Pradesh from China’s interference. Speaking out on these regions would potentially provide India with a bargaining chip against China.

Being an important player in the Indo-Pacific region, India can express its concerns on the condition of Uyghurs in the “re-education camps” of Xinjiang. India’s statement would be backed by the western countries, as also OIC, African and Latin-American countries. In Hong Kong, India has a direct interest due to the large Indian diaspora of over 22,000 people. India could issue a statement expressing concerns over Indians residing in Hong Kong.

India’s biggest leverage is the presence of the Dalai Lama in the country. India should make noise about the Dalai Lama’s succession and the role of the Tibetan Administration in appointing his protégé. Ministers from the government should not refrain from attending events hosted by the Tibetan community. India should also facilitate the Dalai Lama’s travels to Arunachal Pradesh. These diplomatic tricks would enable India a place on the bargaining table while dealing with China.

China has repeatedly raised India’s handling of the Kashmir dispute on various platforms. It went ahead with the Belt and Road Initiative despite India’s concerns on the sovereignty issues related to the China-Pakistan Economic Corridor (CPEC). The CPEC passes through a part of Jammu and Kashmir of relevance to Pakistan. There have been multiple PLA intrusions in Ladakh and Arunachal Pradesh while patrolling the borders. Despite India’s strong disapproval, China has made its largest-ever arms deal by selling diesel-electric submarines to Pakistan. On induction, these have the potential to change the military balance between India-Pakistan in the Western Indian Ocean Region. Of the 14 land boundary disputes it had with its neighboring countries, China has resolved 12. One of China’s two unresolved disputes is India, and China uses it to its advantage. China understands India’s sensitivities to its border disputes, Kashmir and Pakistan issues, and it exploits them whenever required.

India’s handling of the Doklam crisis proved that it is not a pushover. In October, the Indian army launched a month-long operation ‘Him Vijay’ exercises in Arunachal Pradesh to test its offensive capabilities against China. It is consistently upgrading its border infrastructure on the Sino-Indian border. But its diplomatic handling of China could improve. India can only bring China to the bargaining table by commenting on its vulnerabilities. The ongoing Xinjiang humanitarian crisis could be the right starting point for it.