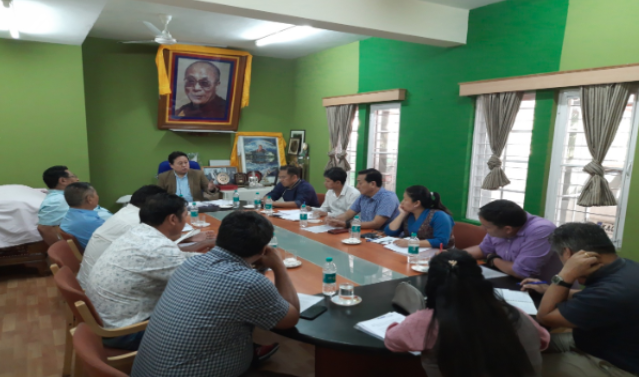 Bangalore: The settlement officers of five major Tibetan settlements in Karnataka chaired by Chief representative of South Zone Chophel Thupten led a discussion this afternoon to chalk out the future course of action at the office of South Zone.

The representatives focused their discussions and deliberations on 4 major themes and thereby unanimously consented on few proposals.

The members discussed the upcoming teaching of His Holiness the Dalai Lama in Mundgod settlement whereby duties and responsibilities of each settlement were discussed in detail. Secondly, as per the resolution passed by the 12th conference of Tibetan settlement officers held recently to offer long life prayers to His Holiness the Dalai Lama after every 2 years, the representatives unanimously decided to organise such prayer ceremony at major Tibetan monasteries in South India. Thirdly, the members approved the decision to start a project whereby each family from the settlements is required to lease a portion of land to local Indian farmers and lastly, the members discussed ways to strengthen the cordial relationship with the Government of Karnataka. 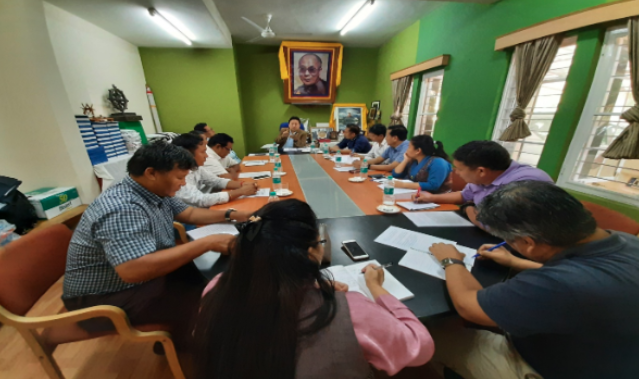