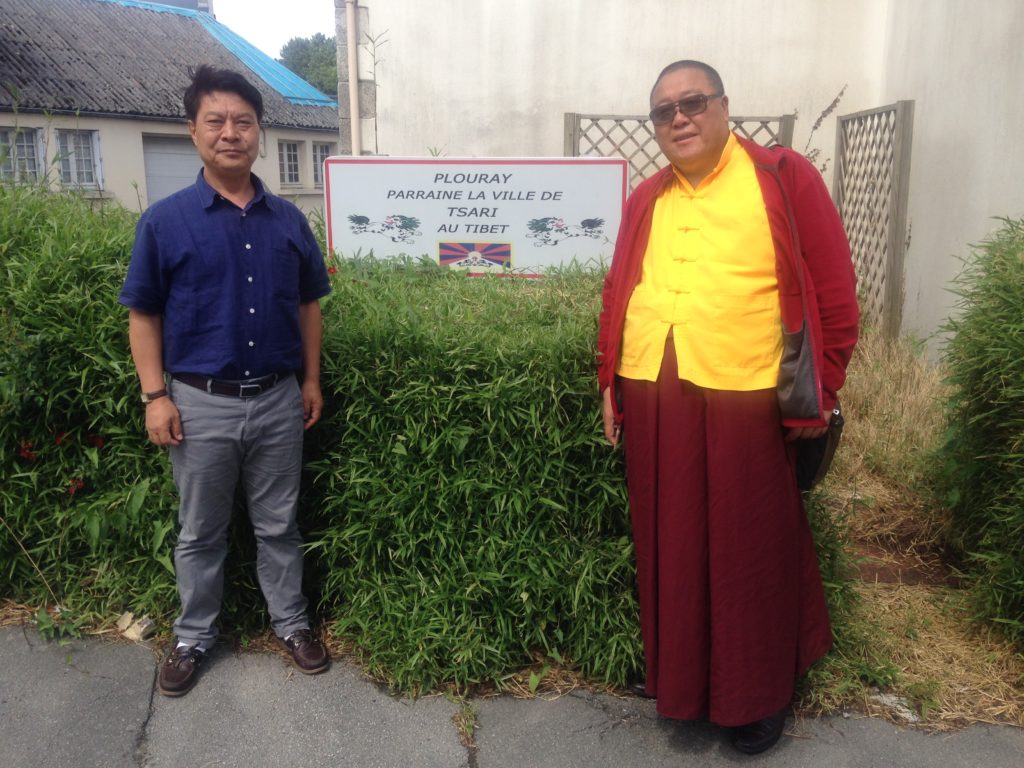 The visit to the Centre is both renewal as well as re-connection with Drupon Ngawang and the Centre. During his earlier posting in Paris, Representative Phuntsok had visited the Centre twice. In 2005 he had visited it to prepare the visit of His Holiness the Dalai Lama to inaugurate the Centre’s Hall. More importantly both of them enjoy close and warm friendship.

It may be recalled that the actual inauguration of the Hall took place in 2008. Along with this Centre, interestingly His Holiness inaugurated the Assembly Halls of Yontenling in Huy, Belgium, Lerabling in Lodev and Dakshang Kague in Normandy in France, during the same visit.

Representative Phuntsok was received at the train station by Drupon Ngawang and President Joel and Treasurer Rene of the Centre. While meeting with the residents of the Centre (many he had met in his earlier visits), Representative Phuntsok recounted immense life-long dedication shown by Drupon for the Centre. He expressed his warmest appreciation for his hard work that had created a reputable Centre of peace and spirituality in the region.

The Centre has also joined in French-wide initiative to promote and advocate for towns with villages in Tibet. Pluroy, the local town of the Centre, has adopted Tsari, a holy and pilgrimage site in south-east Tibet, as its sister village.

With this the Representative has visited most of the Buddhist Centres in Belgium and France more than once. In the last year he has paid respects at Gepheling, Dakpo Rinpoche’s centre and Kagyu Dzong and Lama Gyurmey, in France. Met with Lama Zuepa and Lama Tashi Nyima at Yontenling and its affiliate Centres in Brussels and Antwerp. Close at Brussels he has met with Carlo Luyckx, Director of Kagyu Dzong, several times, as close friend of the office.

The current visit to the Drukpa Centre comes subsequent to his visit to Paris where he had attended the birthday celebration of His Holiness the Dalai Lama in the Upper House of France, Senate. 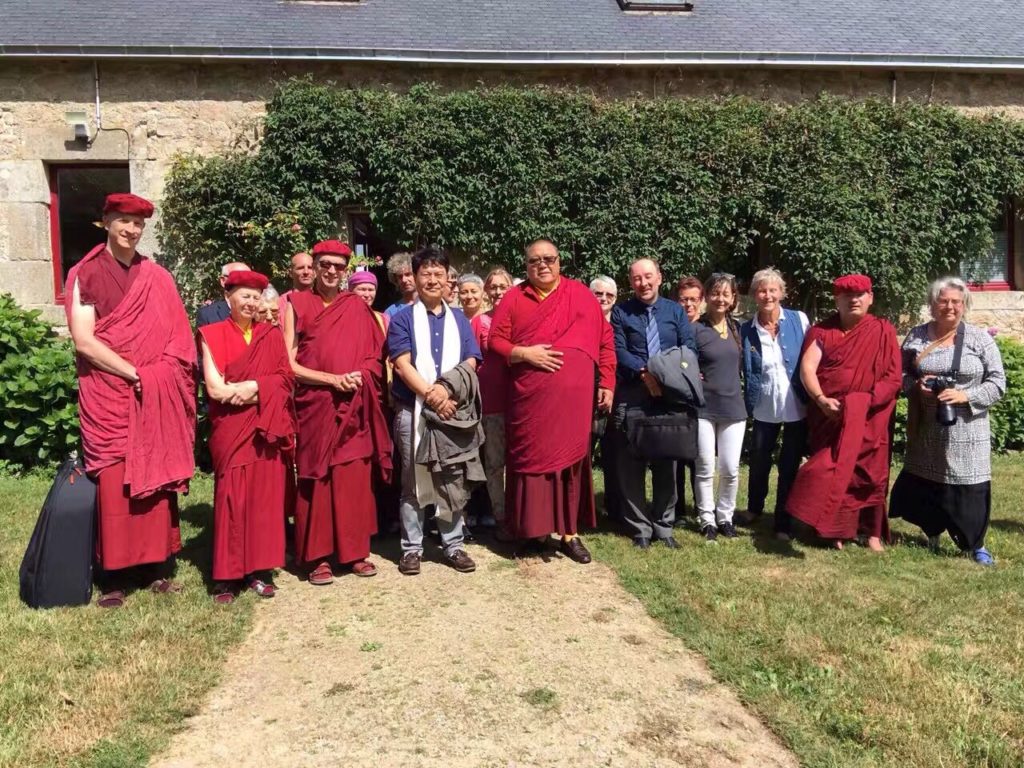 Rep Tashi Phuntsok with members of the centre. 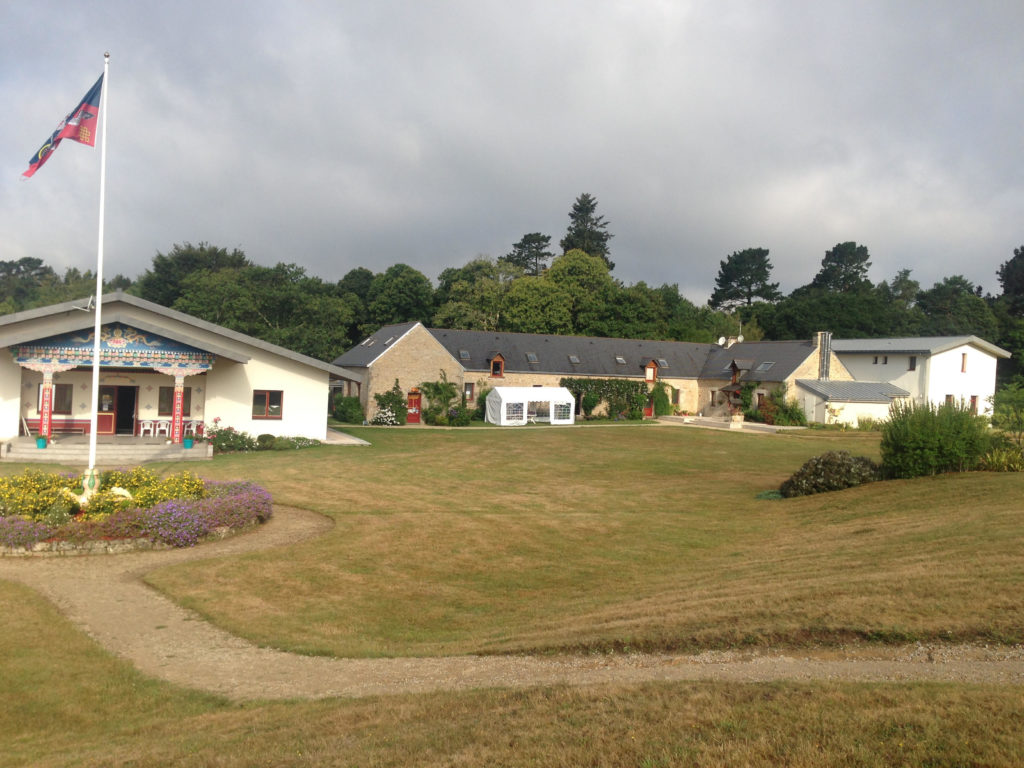 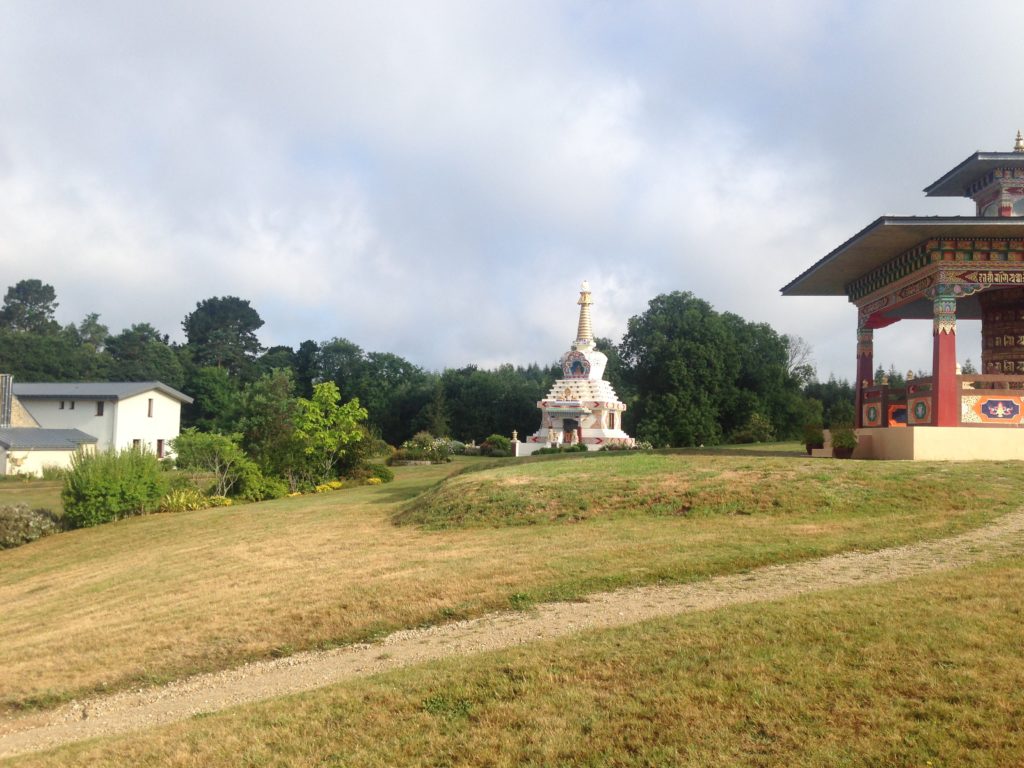