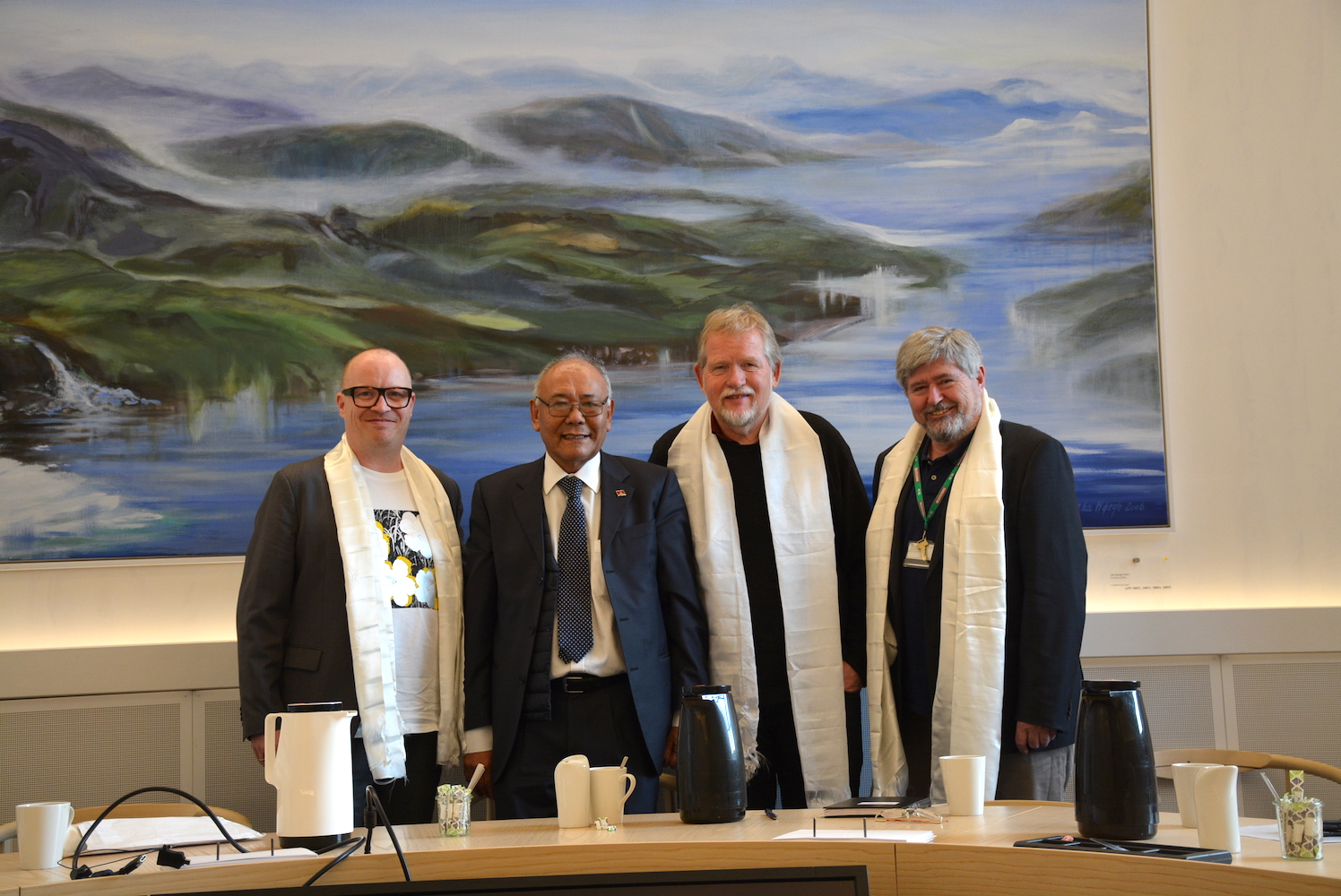 With MPs MPs Mr Rasmus Nordqvist (The Alternative) and Mr Christian Juhl & Mr Søren Søndergaard from the Red-Green Alliance, in the room where the Committees on Greenland and the Faroe Islands usually meet. Photo/ Mr Anders Andersen

Copenhagen: Mr Sonam Frasi, Representative of His Holiness the Dalai Lama for Northern Europe, the Baltic States & Poland, wrapped up his maiden visit to Denmark on 14 January, the first of his three-nation Scandinavia advocacy visit. He arrived in Copenhagen on 12 January to a warm reception by the board members of The Tibet Support Committee and the chairman of the Tibetan Community in Denmark.

On 14 January, Representative Frasi first met with Ms Aki-Matilda Hoegh-Dam, MP, Siumut, one of Greenland’s two MPs in the Danish Parliament. He later met with Mr Christian Juhl MP and Mr Søren Søndergaard MP, both from the Red-Green Alliance; and with Mr Rasmus Nordqvist, MP of The Alternative, at the Danish Parliament (Folketinget).

In his interactions with the Parliamentarians, Representative Frasi highlighted the repressive policies of the Chinese Communist Party in Tibet, the omnipresent state surveillance, intensive and intrusive scrutiny of all walks of Tibetan life, information control leading to severe restrictions on Tibetan people’s freedom of expression, religion, belief, movement etc.

The Representative urged the Parliamentarians to raise these issues on the floor of the House and also to make representations on behalf of the Tibetans and freedom-loving citizens to the Danish government calling on them to encourage resolution of the Tibet issue in their bilateral as well as multilateral dealings with the Chinese government. The Representative also apprised them about the reincarnation of the current Dalai Lama, and how the atheist Chinese Communist Party is trying to control and own the reincarnation system for its narrow political ends. He urged them to understand the reality of this centuries-old Buddhist culture and to resist China’s attempts to influence their narrative on this important matter.

Representative Frasi was interviewed by renowned journalist Ms Mette Holm, also a Senior Fellow of Nordic-Institute of Asian Studies, on a variety of topics ranging from China’s state surveillance in Tibet, the lack of religious freedom there, advocacy work for Tibet in the UN and the current situation in East Turkestan, Hong Kong etc.

Speaking on the topic Tibetan Resilience and Lessons for Europe at a public event, organised jointly by The Tibet Support Committee and The Danish Tibetan Cultural Society, Representative Frasi mentioned China’s aggressive tactics to not only undermine democracy, liberty and rule of law in the West but to also redefine these in Chinese characteristics; China’s attempts at creating divisions within Europe and in the EU to gain support from European countries for its Belt and Road Initiative; and its repressive policies inside Tibet and in East Turkestan.

Talking of resilience in the face of such challenges, Representative Frasi referred to the incredible and strong will power of the Tibetan brothers and sisters inside Tibet, the guiding force of His Holiness the Dalai Lama, and the Central Tibetan Administration’s 5/50 strategy. Among the audience at the public event were members of The Tibet Support Committee, Falun Gong representatives, former MPs and representatives from Dharma Centres and critic China youth league in Denmark.

Over a dinner meeting with the small Tibetan community there, Representative Frasi apprised them about some of the major meetings that were held in Dharamsala and encouraged them to carry out their roles as ambassadors of Tibetan people effectively.

This evening Representative Frasi departed from Copenhagen to Oslo, Norway to continue his Scandinavia visit.

-Filed by the Office of Tibet, London 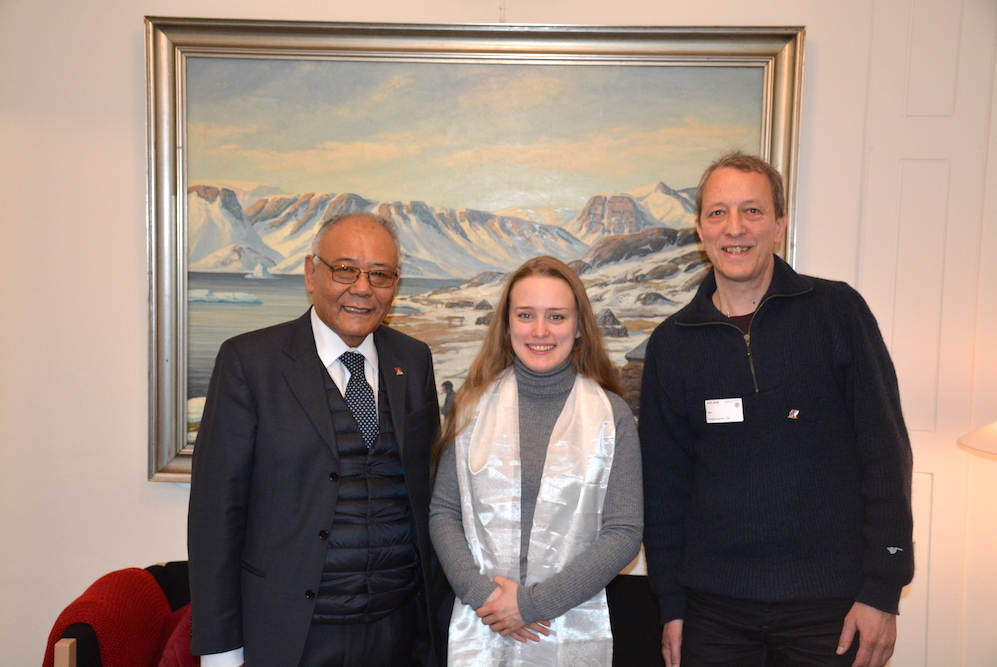 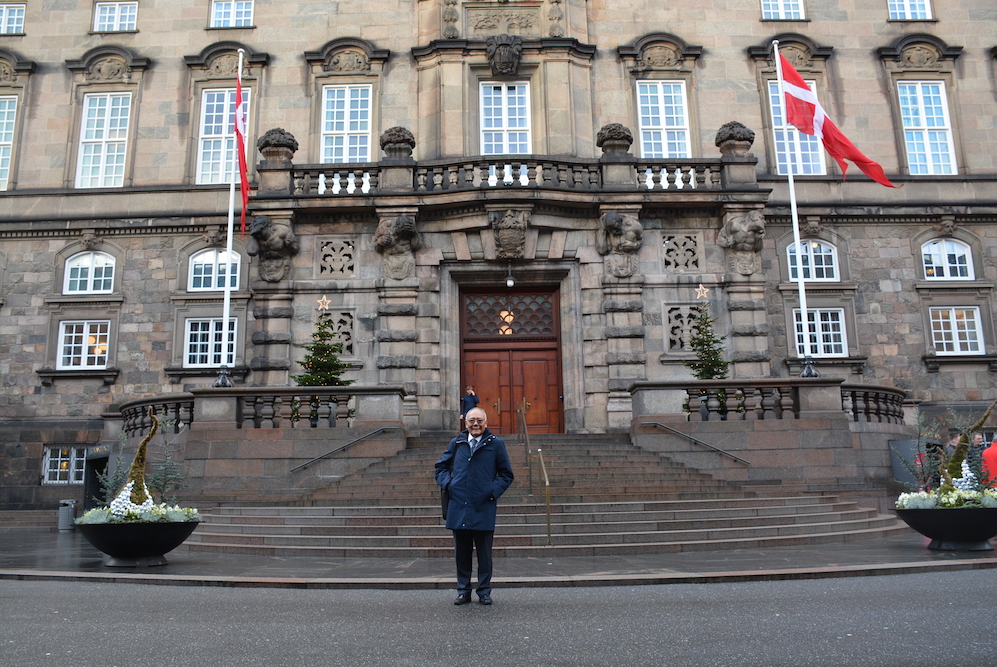 In front of the main entrance to the Danish Parliament. Photo/ Mr Anders Andersen 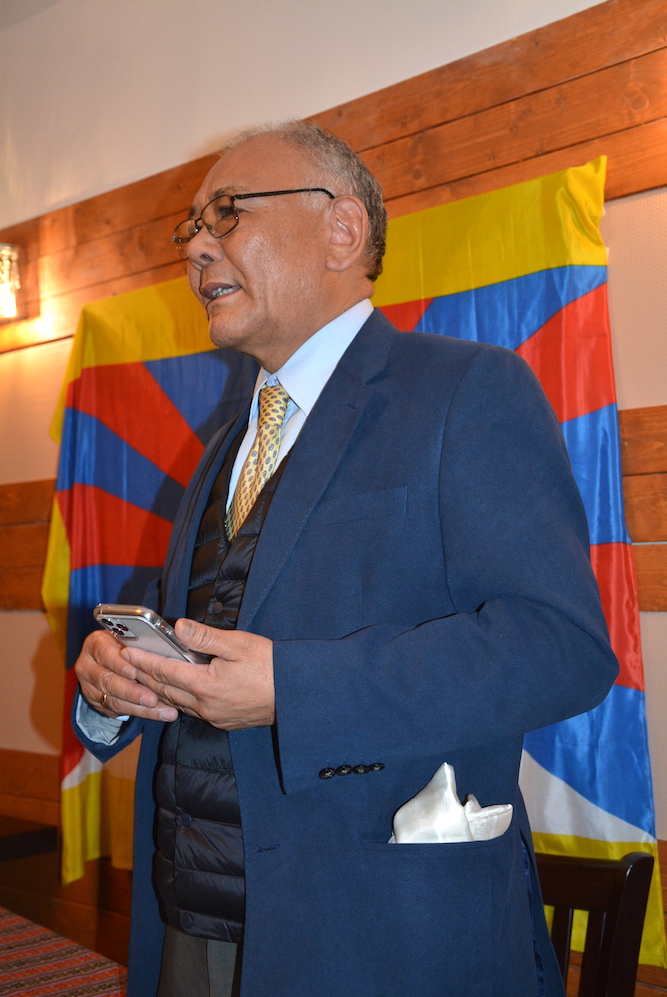 Mr Sonam Frasi, Representative of His Holiness the Dalai Lama for Northern Europe, the Baltic States & Poland at the public talk ‘Tibetan Resilience and Lessons for Europe’. Photo/Anders Andersen 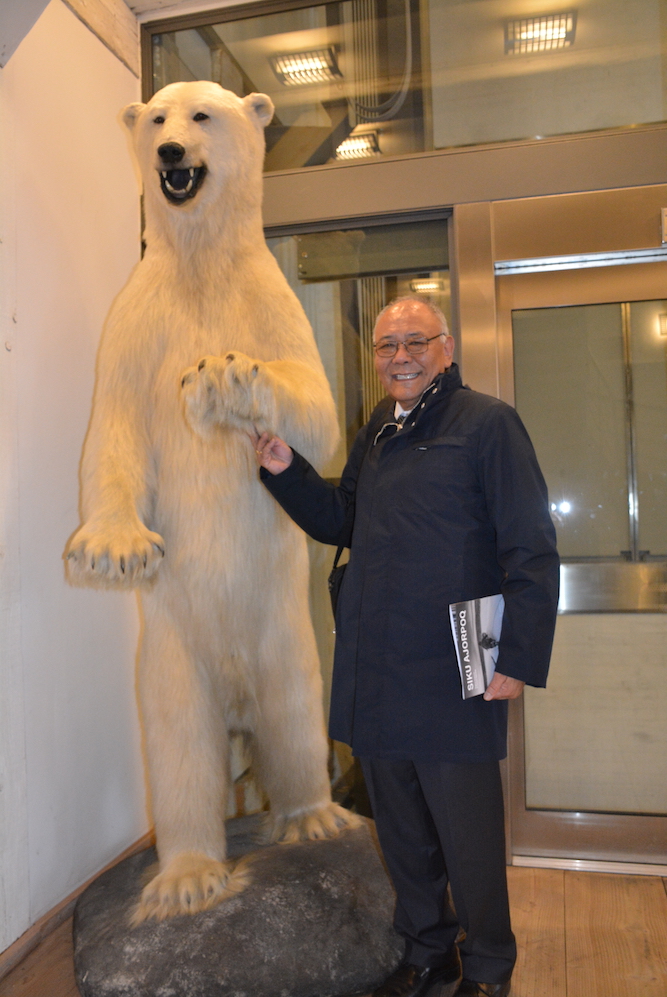