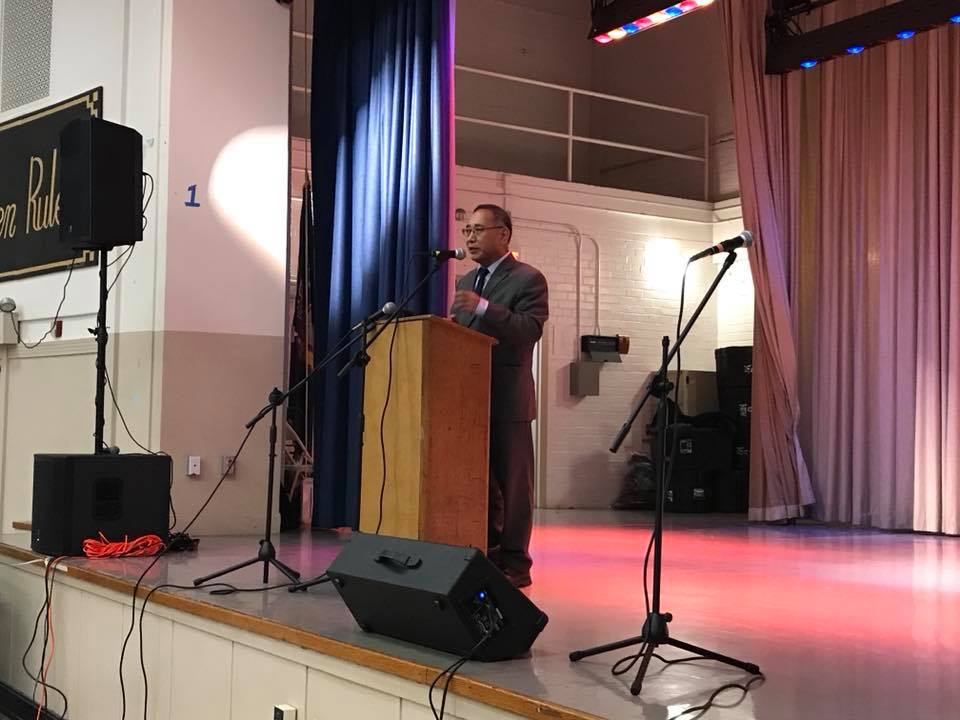 During the visit, the representative paid a visit to Sakya Gongma Trichen Rinpoche and attended the teachings of Gyalwang Karmapa Rinpoche in New York. He also visited two Tibetan schools in the area, offered prayers at the Karma Thegsum Choling monastery and held meetings with Chinese professors and scholars based in the city.

On 2 February, the Representative met Prof Ming Xia. The Representative expressed gratitude to the professor for his unflinching support towards the Tibet cause and discussed the current political situation inside Tibet and China. The professor informed that he is currently writing a book on His Holiness the Dalai Lama and the Tibet issue and said that it will be published soon.

On 3 February, the Representative visited the Tsechen Kunkyabling Dharma Centre in upper New York and paid his respects to Sakya Gongma Trichen Rinpoche. During the visit, Representative Ngodup Tsering informed Sakya Gongma Trichen Rinpoche about the activities of the OOT and how the Tibetan community in North America is undertaking efforts to preserve Tibetan language and culture among the youth. In the evening, he attended a dinner reception organised by Danang Trust for Gyalwang Karmapa Rinpoche at Flushings, New York City.

On 4 February, he attended the New York and New Jersey Tibetan Association’s parent teacher meeting. The event was attended by over 300 people. In the faternoon of the same day, Representative visited Yindayin school. 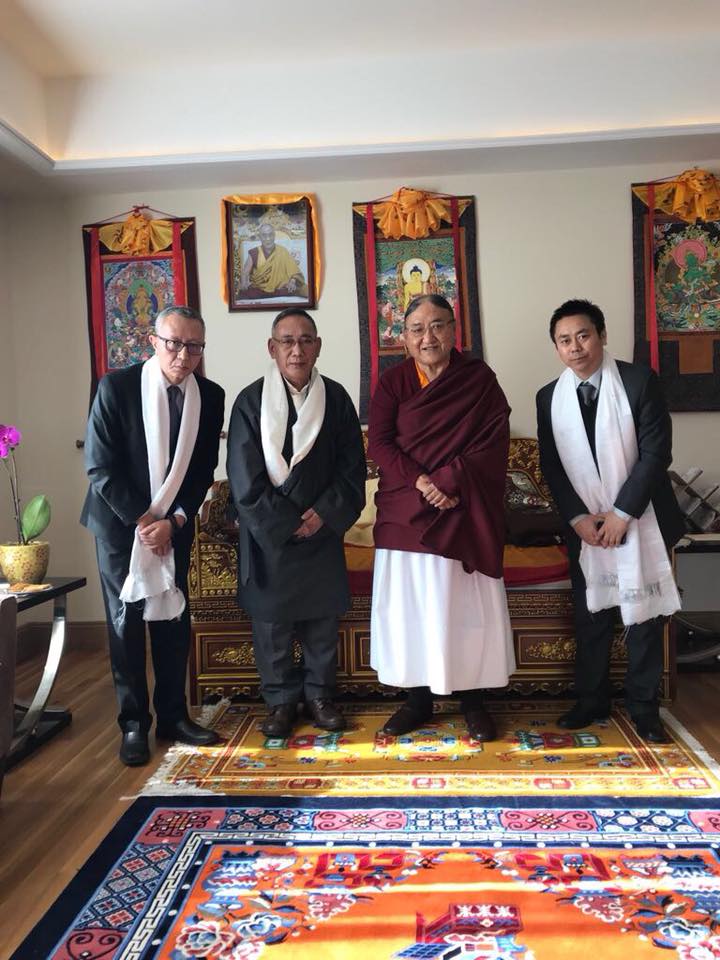 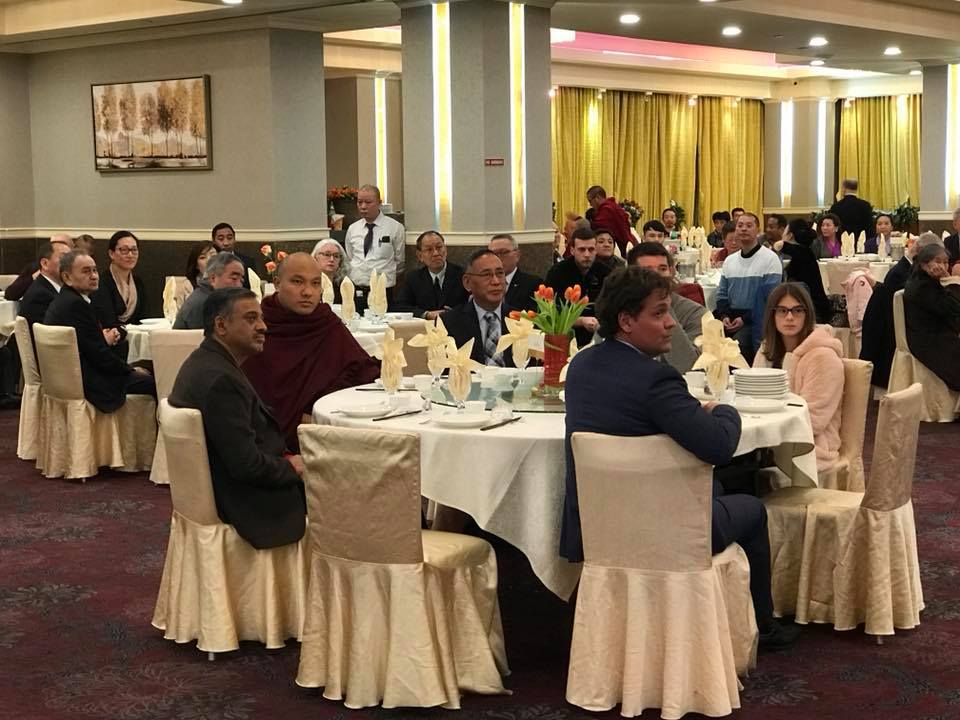 Representative with Gyalwang Karmapa Rinpoche at the dinner reception by Danang Trust. 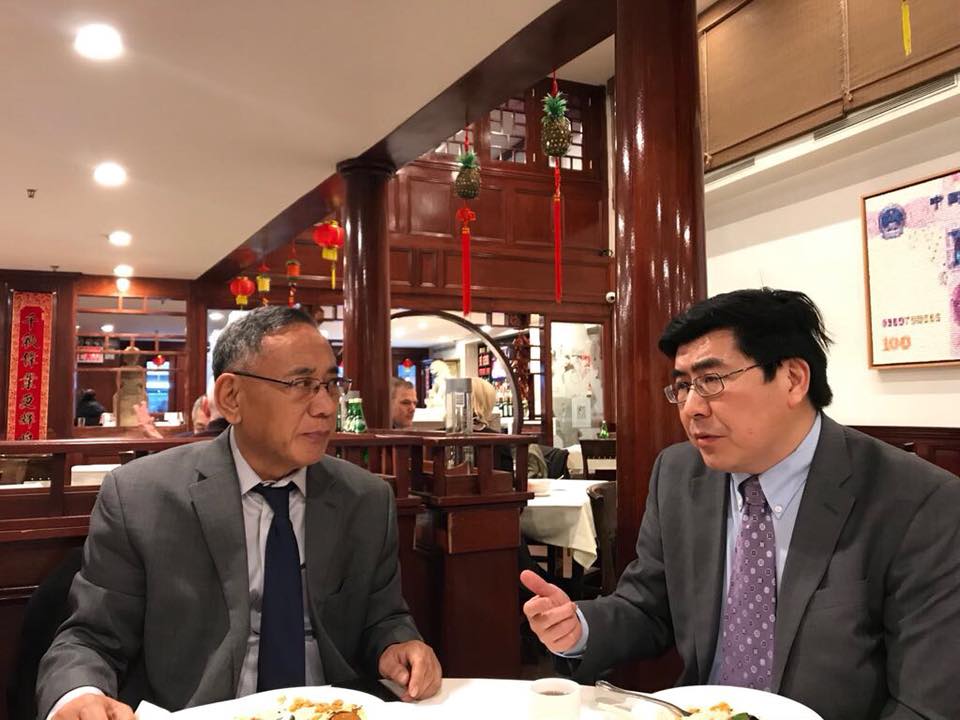 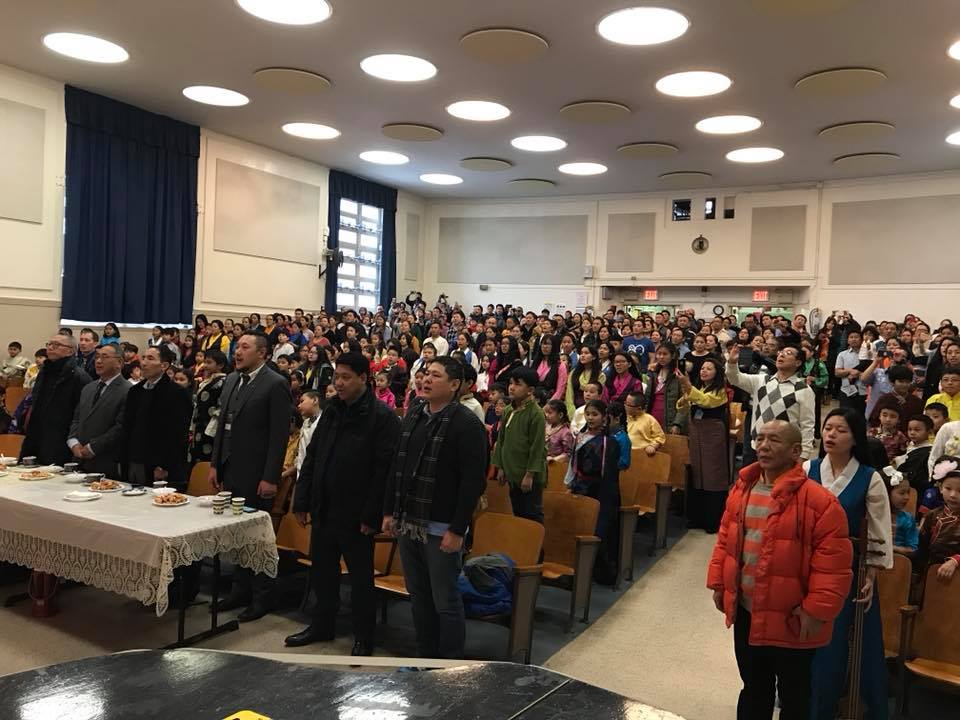 Over 300 people at new York event. 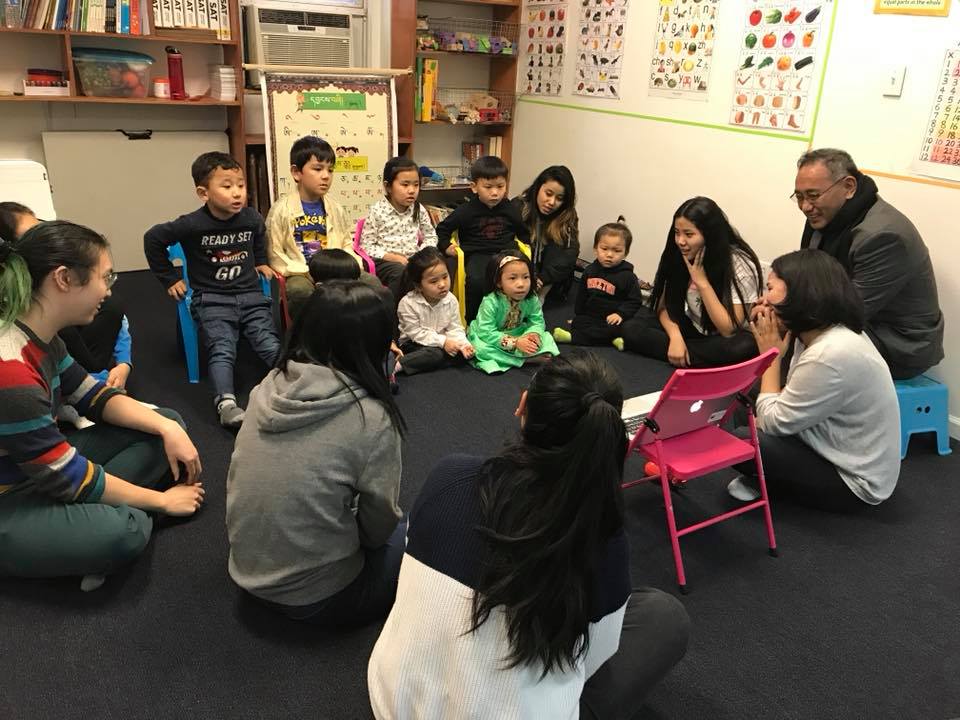