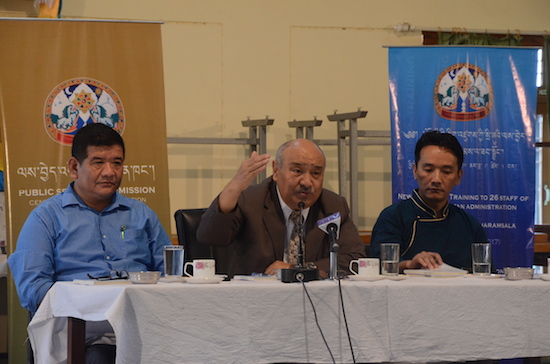 Addressing the inaugural session of the training, Mr Sonam Choephel Shosur, Chairman of the Public Service Commission, explained the objective of organizing such training schemes for new staff of the Central Tibetan Administration.

He clarified that these training schemes were not only meant to teach Tibetan and English languages from basic but also to acquaint the new staff with the workings of the Tibetan Administration, and polish the language skills that they have already acquired from school.

He particularly emphasized the importance of improving one’s Tibetan language proficiency, not just for the preservation of Tibetan language, but also because it is the central medium of communication between departments and offices in the Tibetan administration.

He also urged the new recruits to start their career in the Central Tibetan Administration with a firm resolve to work for the welfare of the Tibetan people and strengthen the Tibetan movement. He further outlined maintaining rules and regulations as one of the key priorities to be kept in mind while working in the Tibetan administration.

Secretary Jigme Tsering, of the Public Service Commission, delivered the welcome remarks of the training. He introduced the topics that will be covered during the training and the resource persons who will be training the new recruits. He urged the trainees to make maximum utilization of the training to learn, as it will be beneficial when they start their work as civil servants.

Mr. Thubten Samphel, Director of Tibet Policy institute, will be taking the English language classes while Mr Sangay Tendar Naga from the Library of Tibetan Works and Archives will take the Tibetan language classes.

The concluding remarks of the training was delivered by Deputy Secretary Kalsang Rinchen. 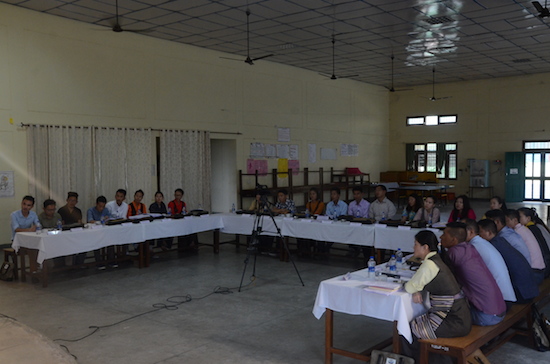 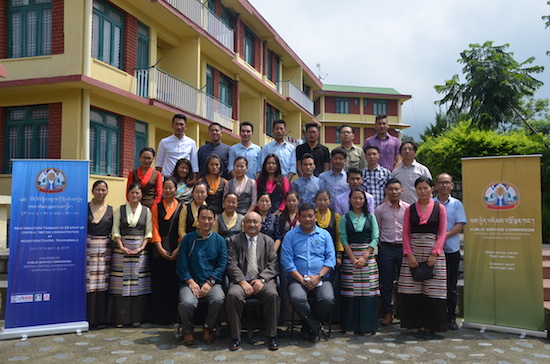 Group photo of the participants with the Chairman, Secretary and staff of Public Service Commission.