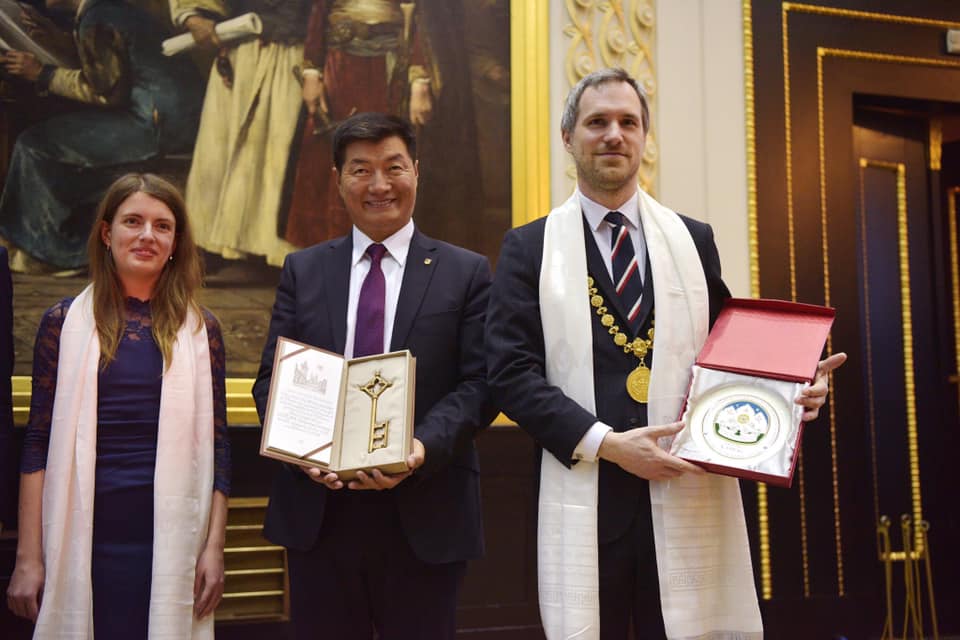 PRAGUE: Yesterday, the mayor of Prague Zdeněk Hřib officially welcomed and presented a symbolic key to city gates to Dr. Lobsang Sangay, President of the Central Tibetan Administration. The key serves as a “symbol of trust and friendship.”

Back in 2016, Chinese President Xi Jinping had been given the same official reception and the symbolic key, but it was received with much controversy.

During Xi’s visit, Czech police officers seized all Tibetan flags from pro-Tibet support groups, including from a university campus.

However, yesterday saw a historic reverse turn in Czech’s capital. Under the leadership of mayor Hřib of the Pirate Party, there is a significant change in the city’s policy towards China.

“It is a great honor and high privilege for me to officially welcome you,” mayor Hřib said to President Sangay in his opening speech.

“[W]e are going to raise the Tibetan flag on the buildings of Prague City Hall…[to]…commemorate the upcoming anniversary of 1959 Tibetan Uprising as well as to show solidarity with your people and their uneven struggle for cultural survival within the People’s Republic of China,” the Mayor added.

From March 8 to 11, the Old City Hall will hoist the Tibetan National Flag after a decade-long gap.

In addition, in an unprecedented move, 700 townhalls, schools, and organizations among others will also fly the Tibetan flag in commemoration of March 10, 1959.

A city known for its rich architectural landmarks from the Gothic, Renaissance and Baroque era, the Tibetan National Flag has become a symbol of resistance in Prague.

However, raising the Tibetan flag in Tibet remains a crime under Chinese law.

President Sangay said, “Symbolism matters. It is very important. Once you give up hope and symbols, you give up lots of things in life. So, I really appreciate all those towns and cities which hoist Tibetan flags in the Czech Republic, Slovakia and the rest of Europe.”

“It has been an act of defiance and one should send a message that the Tibetan flag is a symbol of democracy, human rights and non-violence.” 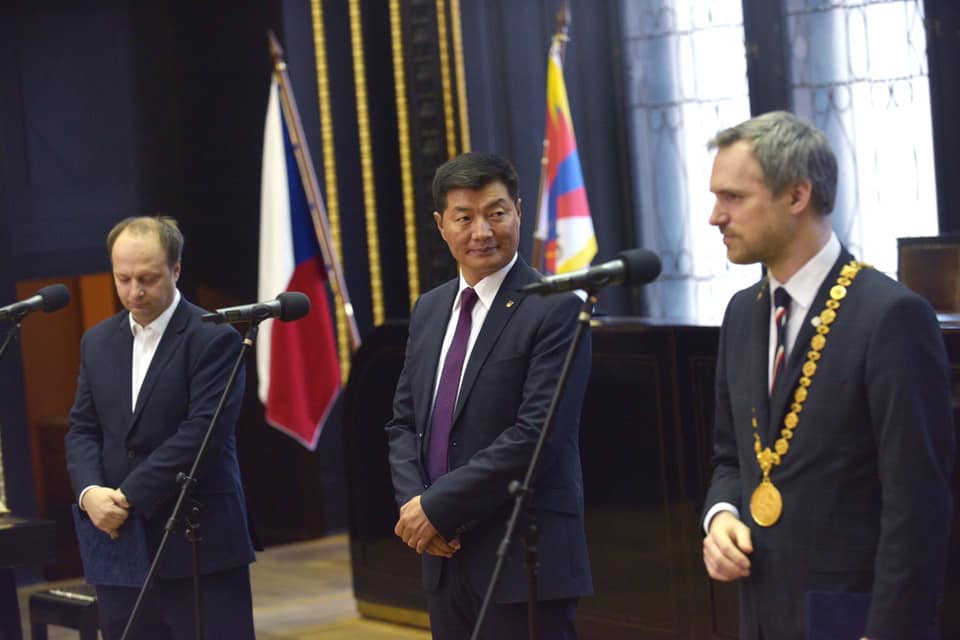 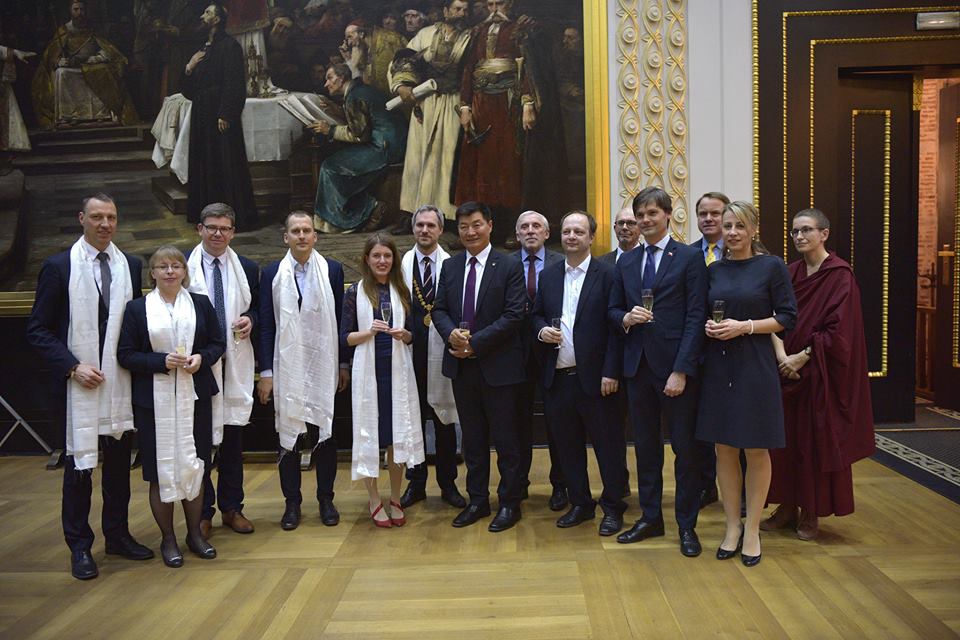 President Dr Sangay with other guests at the official reception including Czech Members of Parliament and Senators. Photo/Andrea.svob 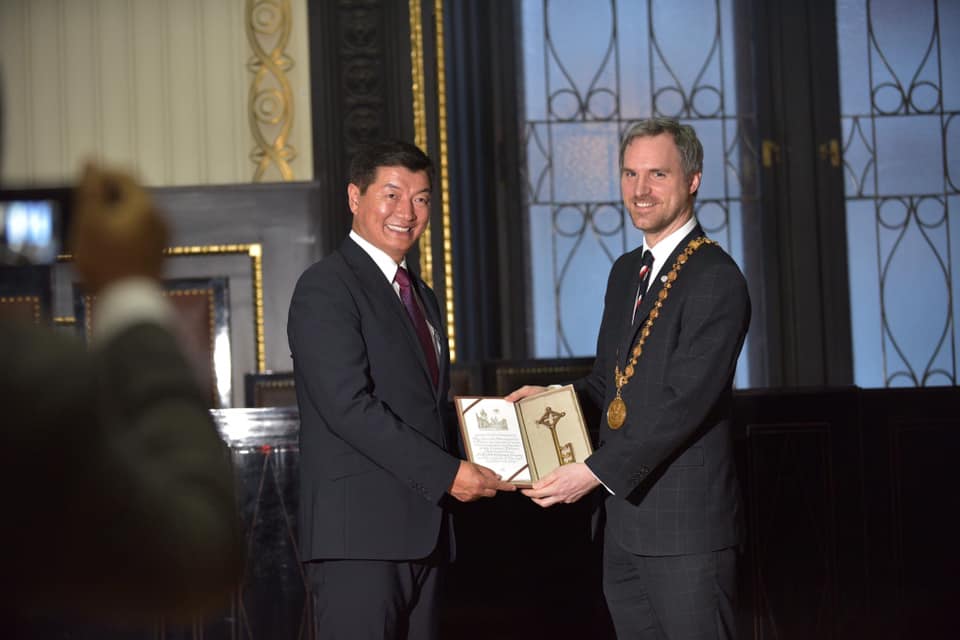