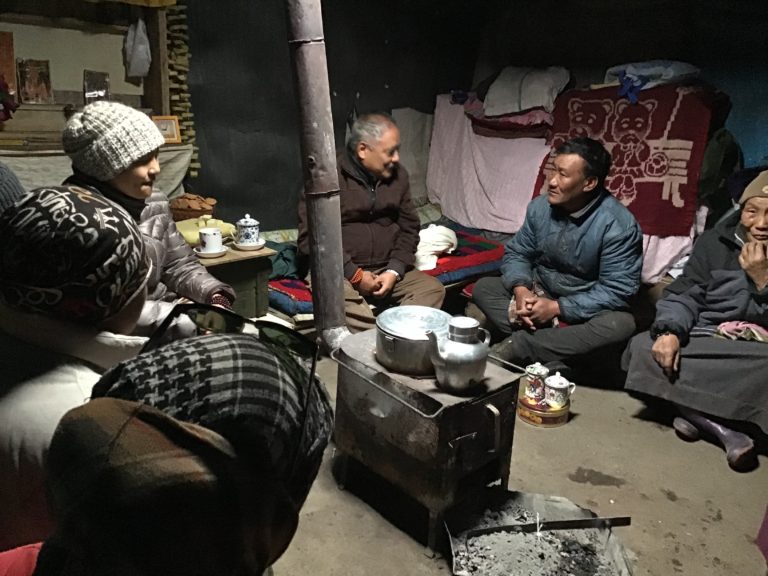 Parliamentarian Migyur Dorjee interacting with the local Tibetan Nomads of North Sikkim during his visitation program.

A total of 15 public addresses were given and 3 meetings with the local dignitaries were held.

During the public addresses, he spoke on topics including accomplishments of His Holiness the 14th Dalai Lama, responsibility and authority of Tibetan Parliament-in-Exile, matters discussed and resolutions passed during the 8th session of the 16th Tibetan Parliament-in-Exile, policies related to administration and women empowerment, and expansion of the Tibetan population.

He also spoke on the significance of education and especially of Tibetan language, the importance of serving the Central Tibetan Administration, and explained agendas discussed and resolutions adopted by the 3rd Special General Meeting held from 3-5 October 2019.

Parliamentarian Migyur Dorjee began his visitation program by visiting remote and high-altitude areas of North Sikkim and East Sikkim. From 22-24 October, he visited nomadic regions and scattered Tibetan communities of Thangu, Gurudongmar Lake, Tsating, Mushithang, Lachung, Chungthang, and Pakong. He addressed on the above-mentioned topics, clarified people’s doubts by answering the questions asked by them and listened to the grievances of people.

He held a meeting with the local dignitaries of the Gangtok in the evening of 24 October. In that meeting, they discussed on the preservation of Tibetan language, especially in a place like Gangtok where there is no separate Tibetan School. The local dignitaries emphasized on the need for an after school Tibetan study center for the Tibetan students and also discussed matters related to RC (Registration Certificate). 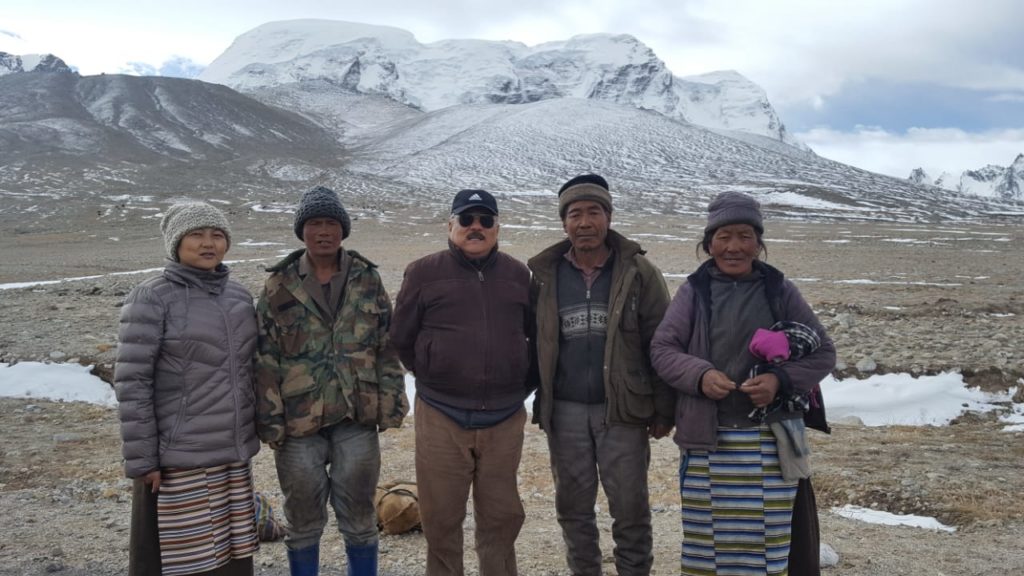 Parliamentarian Migyur Dorjee with the Tibetan nomads of North Sikkim.

On 25 October Parliamentarian Migyur Dorjee met with the Tibetan residents of Gangtok at Cholsum hall. He addressed the general public and then provided clarification to the question raised by the public.

There, he paid a series of visits to the Settlement Office, other Tibetan offices in the settlement. He also visited Lilung Monastery, Thupten Dhargyaling Monastery (Settlement Monastery), Sambhota Day School and Men-Tsee-Khang. At Sambhota Day School, Parliamentarian gave a brief address and then later held a meeting with teachers and members of parents’ association to discuss matters related to the children. 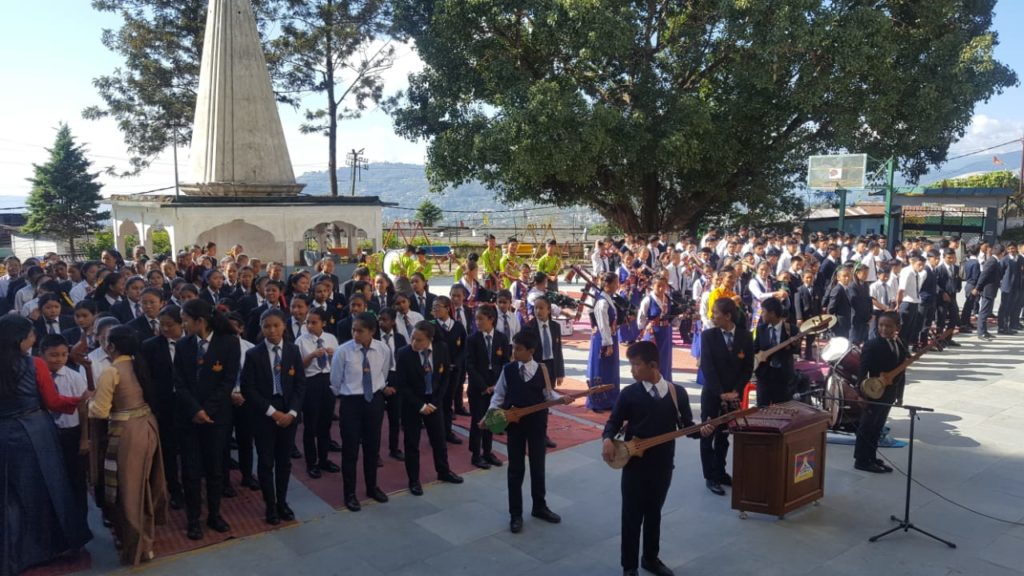 CST Kalimpong during the visit of Parliamentarian Migyur Dorjee on National Unity Day.

Thereafter, he visited Palchen Choeling Monastery in Ralang (6 km from Ravangla) and had an audience with Goshir Gyaltsab Rinpoche. He also visited Bongon Yungdrung Kundrakling in Ralang.

During Parliamentarian’s visit to CST Kalimpong on 31st October i.e, National Unity Day (also known as Rashtriya Ekta Diwas) that is celebrated by the people all through India to commemorate the birth anniversary of Sardar Vallabhbhai Patel, He inaugurated the National Vigilance Week and also met with the LTDM sponsors who are helping to solve the problem of drinking water in the school.

He further visited Kagyu Thekchenling Monastery and Ugen Mindrol Samtenling Monastery in Lava, an area that falls under the jurisdiction of the Settlement Office of Kalimpong.

At Mindrol Samtenling Monastery, he addressed Tibetans of Algarah and Pedong, areas that also falls under the jurisdiction of the Settlement Office of Kalimpong. 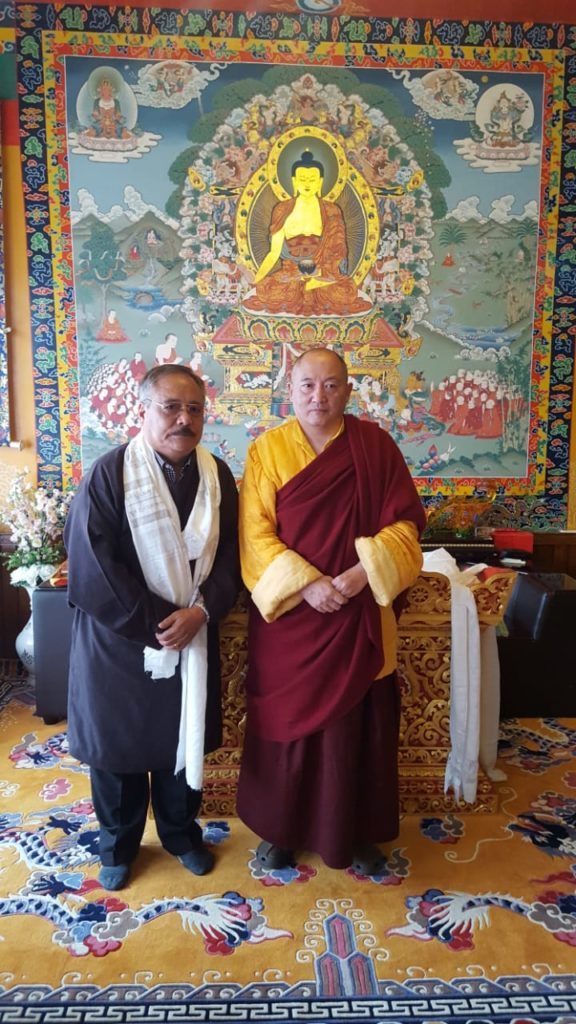 Continuing his visitation program, he visited and addressed people of Oodlabari and Jaigaon. During the Parliamentarian’s address at Jaigaon, which was also attended by representatives of Tibetans living in Bhutan, they had an extensive discussion on matters related to Tibetans living in Jaigaon and Bhutan.

He also addressed Tibetans gathered at Jangchup Choeling Nyungney Lhakhang and discussed their plan of constructing a community hall.

The visitation program successfully concluded with a comprehensive inquiry about the conditions of the general public chronicled by the parliamentarians that will be forwarded to the related departments of the Central Tibetan Administration through the Standing Committee of Tibetan Parliament-in-Exile for effective grievances redress.
-Filed by Tibetan Parliamentary Secretariat 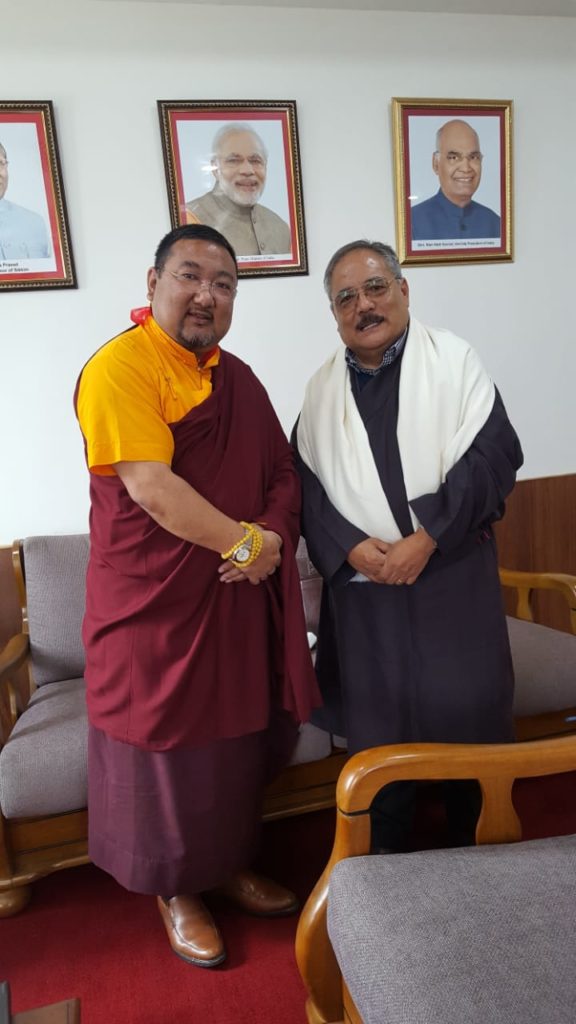 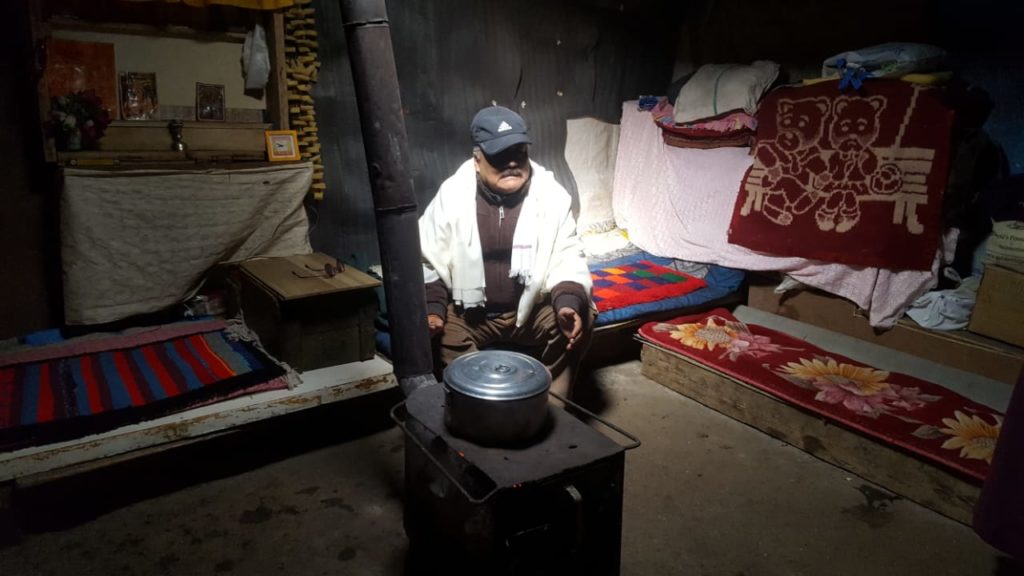 Parliamentarian Migyur Dorjee takes a visit at a house of Tibetan nomad in North Sikkim. 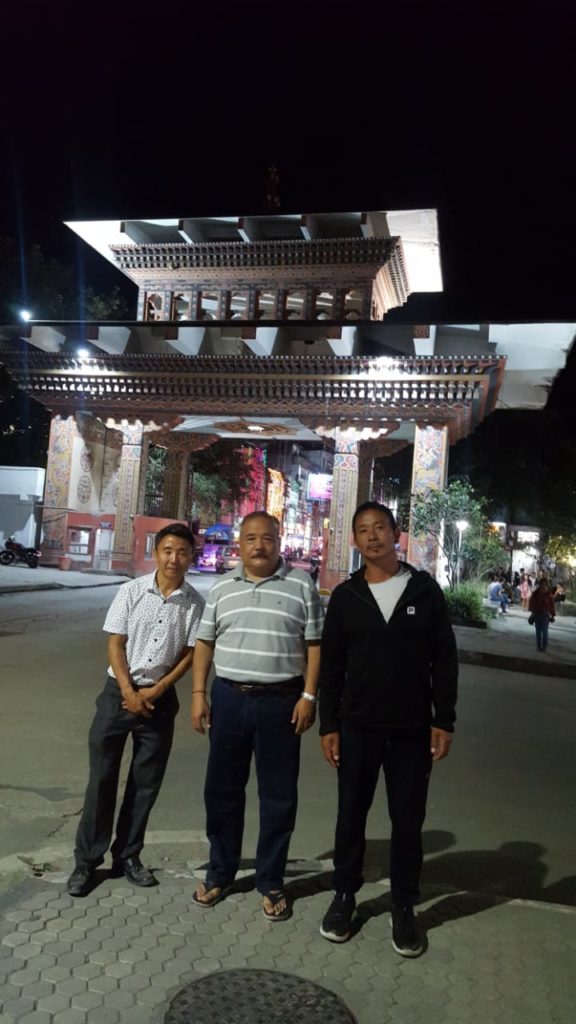 Parliamentarian Migyur Dorjee with two representatives of Tibetans living in Bhutan at Phuntsokling. 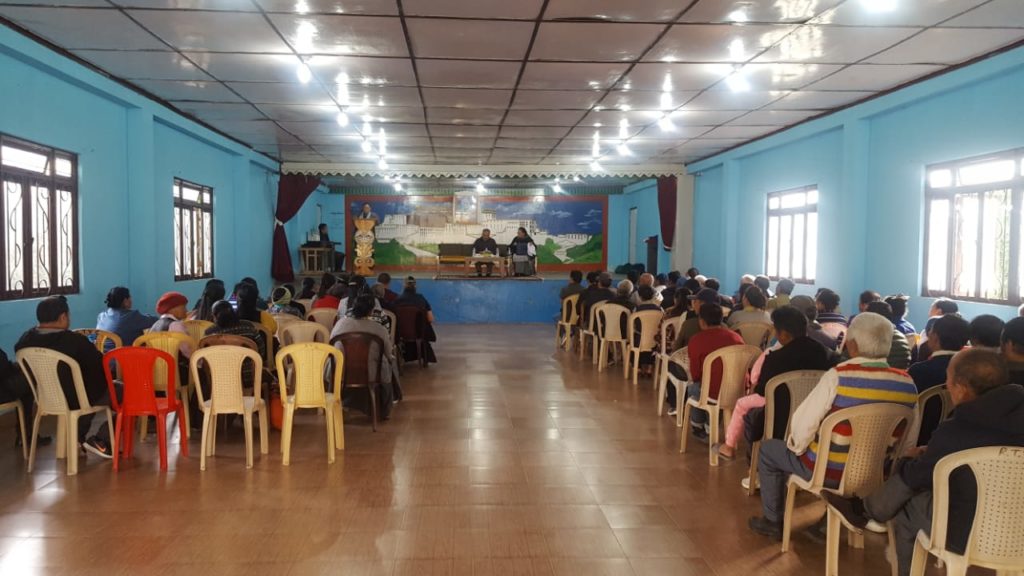