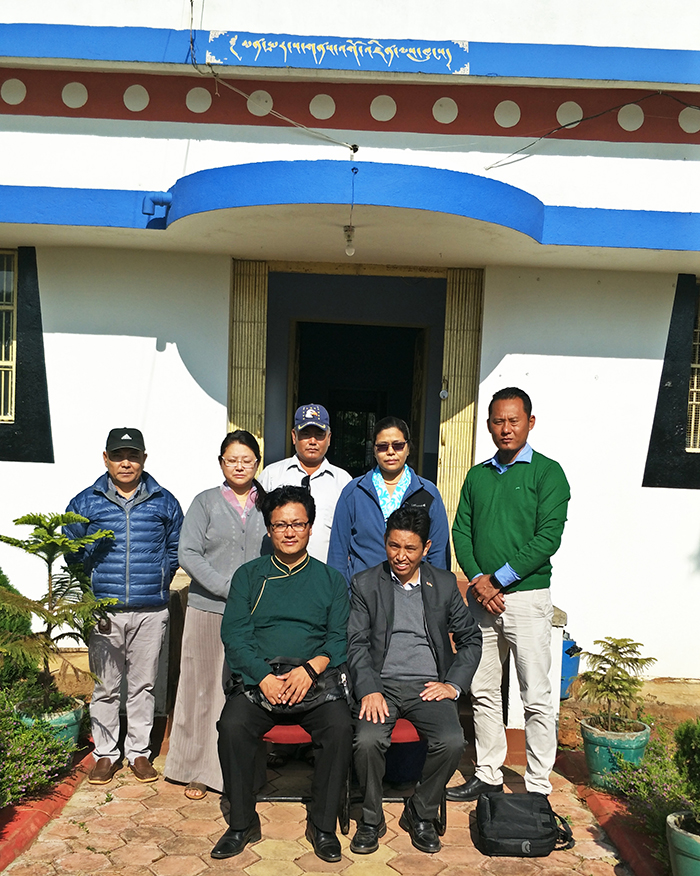 He also conducted meetings with Vice- Chairman of Dr Ambedkar Foundation and Mr Ashok S. Mendhe, the President of Tibet Support Group where he briefed them on the current situation inside Tibet and urged their continued support for the Tibet issue.

Settlement Officer Dhondup Gyalpo requested Mr Ashok S. Mendhe to appeal the MLAs and other officials to implement the Tibetan Rehabilitation Policy 2014 at the Winter session of Maharashtra legislative in December. To this, Mr Ashok kindly obliged.

The President of Indo-Tibetan Friendship Association, M.D Tripathi, who has been working for Tibetan cause since 1997, spoke about the admiration and reverence given to Tibet and Tibetans in Hinduism. He spoke about His Holiness the Dalai Lama’s contribution in inter-religious harmony and revival of ancient Indian knowledge. He also called for the conferment of Bharat Ratna to His Holiness by the Indian Government.

MP Shri Rajbahadur Singh, who is also a Tibet supporter, expressed his happiness in welcoming Parliamentarian Dhondup Tashi in Sagar and shared his childhood memories of visiting Tibetan winter sweater sellers there. At the same time, he assured his full support to the Tibet cause and to the Sweater sellers.

Chief guest Parliamentarian Dhondup Tashi in his address said, “India and Tibet historically have a cordial relationship, India provided His Holiness the Dalai Lama and thousands of Tibetan shelter when Chinese occupied Tibet in 1959. We are always grateful to India and its people for their hospitality to exiled Tibetans. Tibet’s environment is extremely important and especially for India since rivers that are the source of freshwater flowing from Tibet are vital for millions of Indians. So, therefore, supporting Tibet’s issue is equally important for the welfare of Indians as well.”

On 18 to 20 November, the parliamentarian visited and addressed Tibetan winter sweater sellers of Ujjain in Madhya Pradesh and Jhansi in Uttar Pradesh.