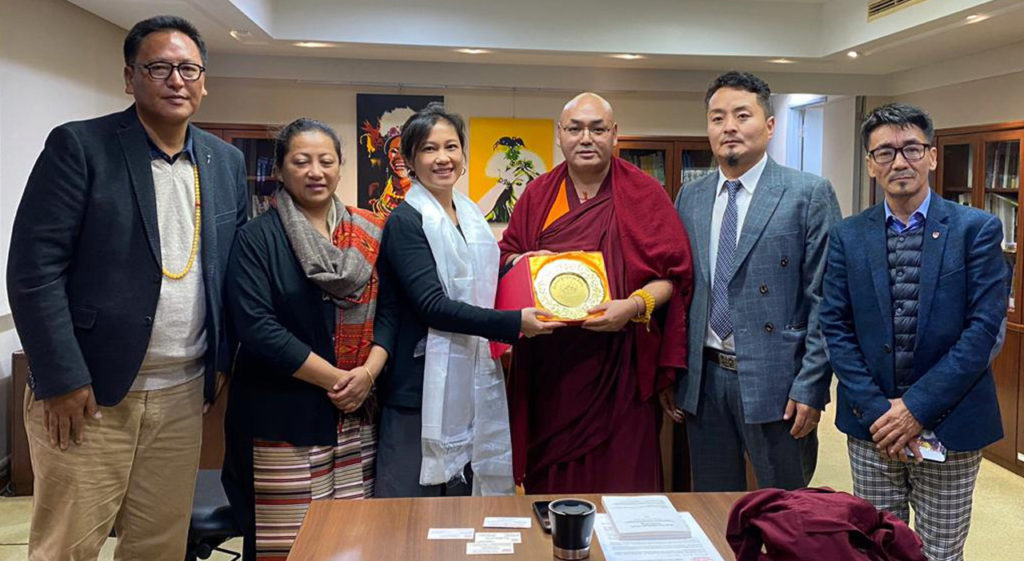 The Tibetan Parliamentary Delegation with Kolas Yotaka, Spokesperson of the Executive Yuan,Taiwan

Taiwan: As per the program of the 16th Tibetan Parliament-in-Exile to visit and meet the Parliament members, Tibet support groups, think tanks and officials all over the world as well as to garner more support for the cause of Tibet, a Tibetan Parliamentary delegation led by Parliamentarian Khenpo Sonam Tenphel along with Parliamentarians; Serta Tsultrim, Yangchen Dolkar, and Lobsang Choejor is on an official visit to Taiwan from 10-17 January 2020.

The delegation upon arrival in Taiwan on 9th January, Representative of the Office of Tibet, Taiwan, Tibetan communities in Taiwan and members of the Human Rights Networks for Tibet and Taiwan accorded a warm welcome.

On 11th January, the delegation attended and observed the 2020 Presidential election of Taiwan. Later in the evening on the same day, the delegation visited the Office of Tibet, Taiwan and toured around the office. They were informed about the working and undertakings of the office and Gangjong Publication.

On 13 January, the delegation visited and met with Members of Taiwan Parliament in Taipei. The delegation briefed them on the functioning of Central Tibetan Administration, aims and objectives, the relationship between Taiwan and Tibet and the adverse situation inside Tibet. Later, they met with the members of the Human Rights Networks for Tibet and Taiwan during which they had a vibrant discussion on the human rights situation in Tibet, Taiwan, Hongkong, and East Turkestan.

Later in the evening, the delegation met with Kolas Yotaka, Spokesperson of the Executive Yuan the executive branch of the government of the Republic of China on Taiwan. They expressed gratitude to Kolas Yotaka for her support to Tibet and requested her to continue the support.

Over a dinner meeting with Taiwan professors that evening, the delegation had a discussion regarding Tibet and briefed them about the situation of Tibet. They exchanged opinions and experiences with one another. 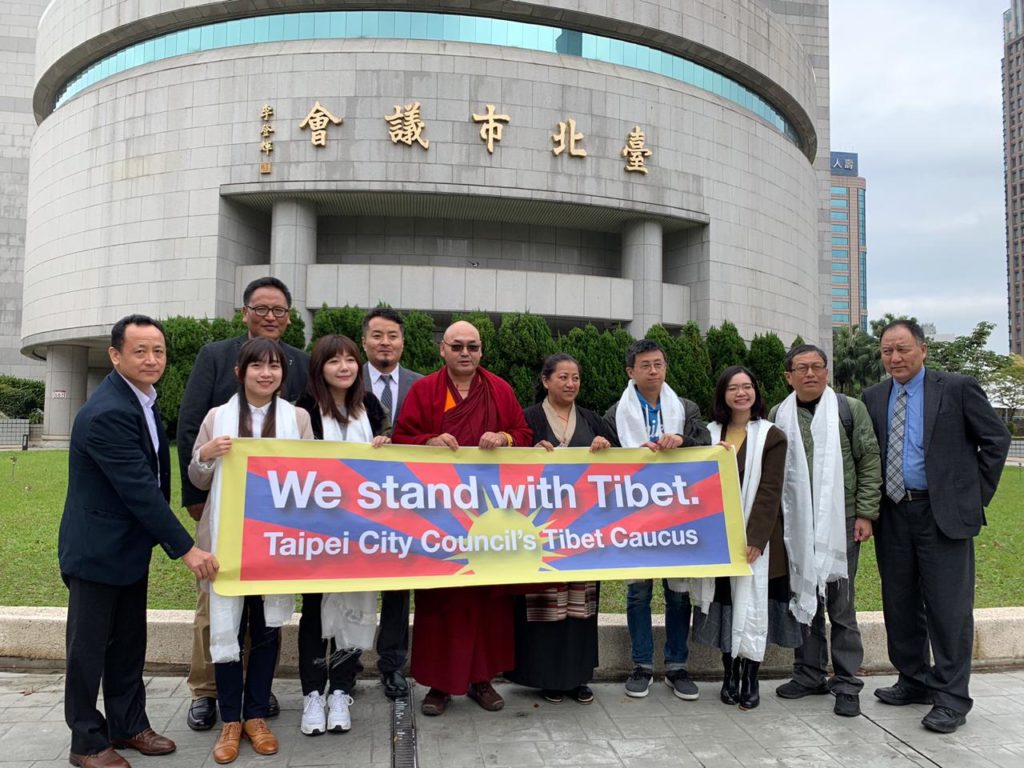 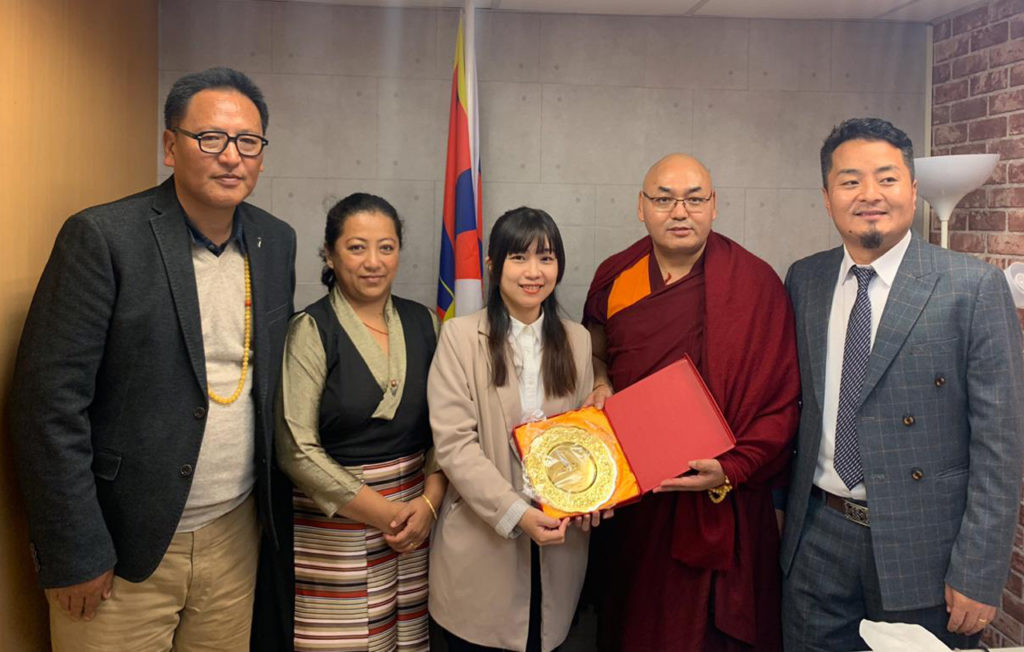 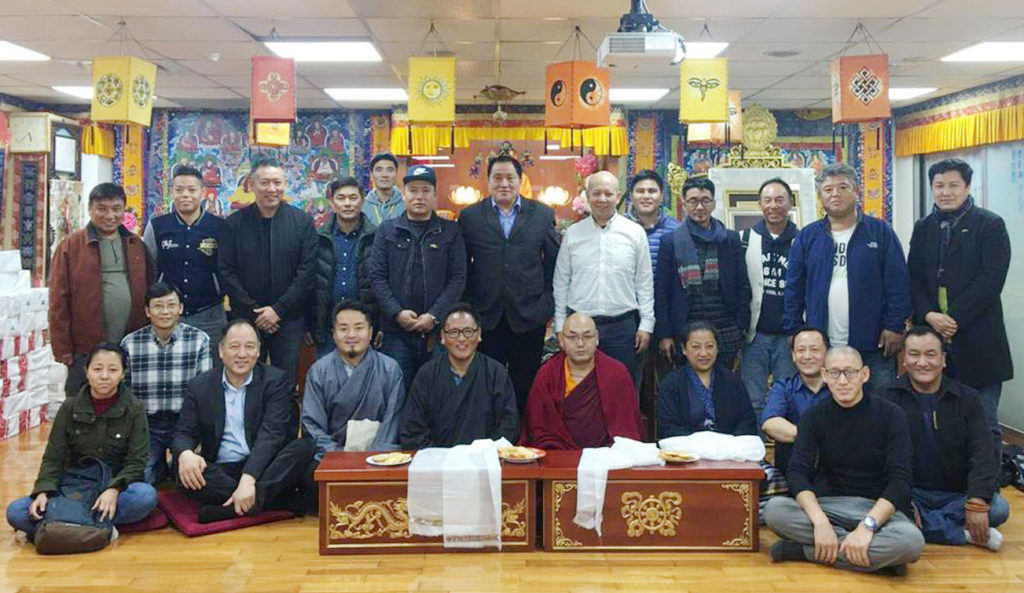 The Tibetan Parliamentary delegation with the Tibetan community of Taipei.