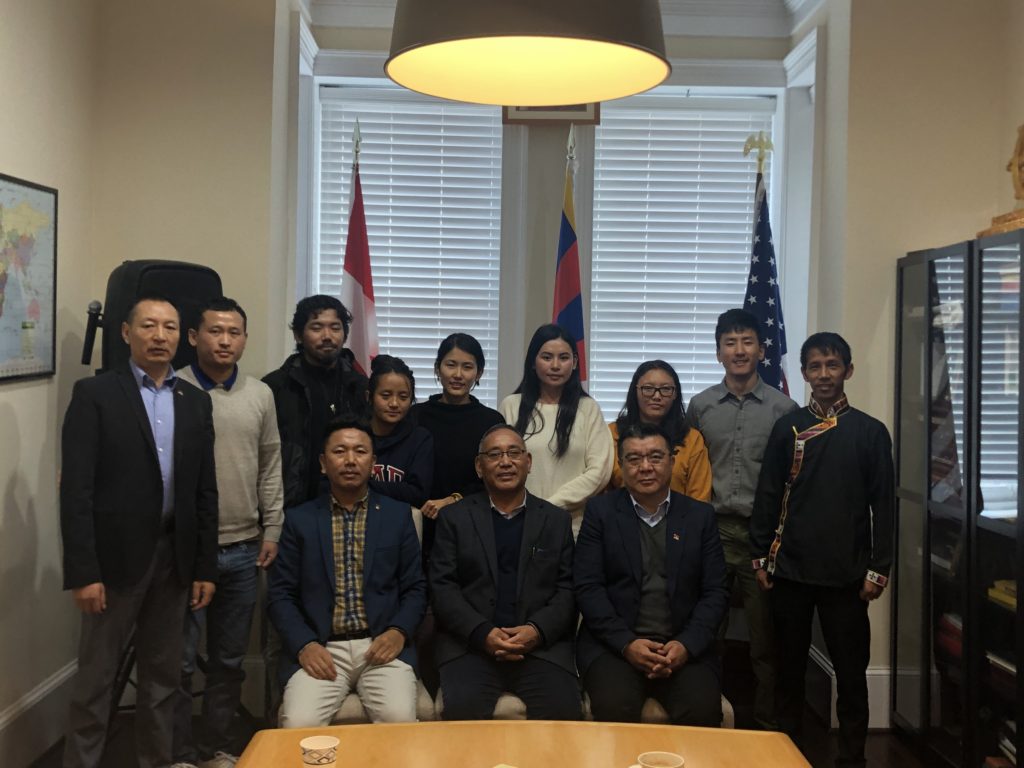 Washington DC: The Office of Tibet, Washington DC hosted its first event of the year by hosting recipients of the 2019 Tibet Scholarship Program. TSP is funded by the US State department through Tibet Fund, New York, which coordinates with the Central Tibetan Administration’s Department of Education.

The students are studying in Universities from a wide range of states—from Arkansas to Missouri to Indiana and to New York/New Jersey.  With the initial introduction of the students and staffers, Representative Tsering briefed them about the three broad responsibilities of the Office of Tibet and gave an explanation about how the Office worked on the Tibet bill of 2019.

Representative Tsering also answered questions from the students, and the Representative advised them to make the best use of the rare opportunity in studying and also encouraged them to engage with Chinese students. The students were gifted with the book, titled “Tibet was Never Part of China – but the Middle Way is Viable Solution”.