Although, Bangladesh is a Muslim majority country there are substantial numbers of Buddhists especially in Chittagong Hill Tracks district and Barua community.

Guests include Mr. Philip Wyse, Trustee of LAMRIM Buddhist Center, and Geshe-la as the Chief Guest of the event while more than 250 members of the community participated in the event.

Representative Ngodup Dorjee addressed the gathering and congratulated the Forum for helping each other in times of need and working together to extend financial support to needy people back in their home country.

Geshe-la explained to them a gist of refuge taking in the Buddhist tradition and Dharma as the true protector or deliverance of suffering from the samsaric existence of all beings.

Participants at the forum 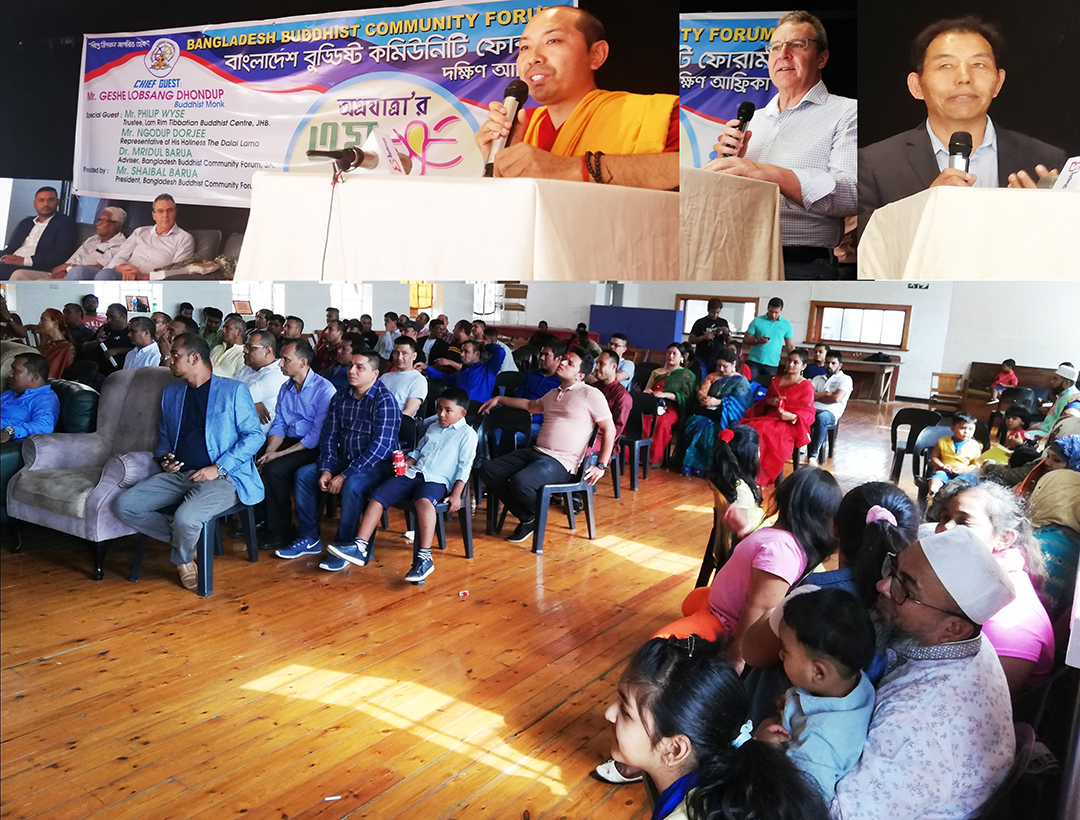