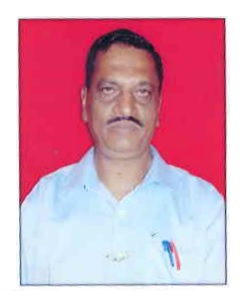 DHARAMSHALA: The Department of Education, Central Tibetan Administration expresses its deepest and heartfelt condolence at the demise of Shri. D. V. Arjune, Acting Principal, CST Chandragiri, Phuntsokling Tibetan Settlement, Odisha who passed away on 9 September, 2017, after he was hit by unidentified vehicle while going for evening walk. He was 59 years old by then.

Shri D.V. Arjune, joined CTSA on 1st December, 1984 as TGT (Science). He worked in various CST schools namely CST Miao, CST Mundgod and CST Chanddragiri for the last 33 years. He was to retire from his service on 30th October, 2017.   He is survived by his wife, son and a married daughter.

Shri. D.V. Arjune was a hardworking teacher and has spent the best part of his life educating the Tibetan children. We are grateful for his dedication and contribution towards the education of Tibetan children.

The Department of Education is also glad to know that the Tibetan Settlement Office, Odisha has extended all the possible assistance in conducting funeral rites for the deceased including reception of families from his hometown, conducting the post-mortem, investigating the cause of death and coordinating other events. A contributory amount of INR 10000.00 (Rupees ten thousands) was also made as an offering to the family of the deceased by the Tibetan Community in Odisha.

Tibetan Settlement Officer and staff, Chairman of Local Tibetan Assembly and its members, Secretary and staff of Multipurpose Tibetan Cooperative Society, students and parents, Camp leaders, Headmasters and teachers of Sambhota Tibetan Schools and Heads of NGOs were present during the funeral rites.