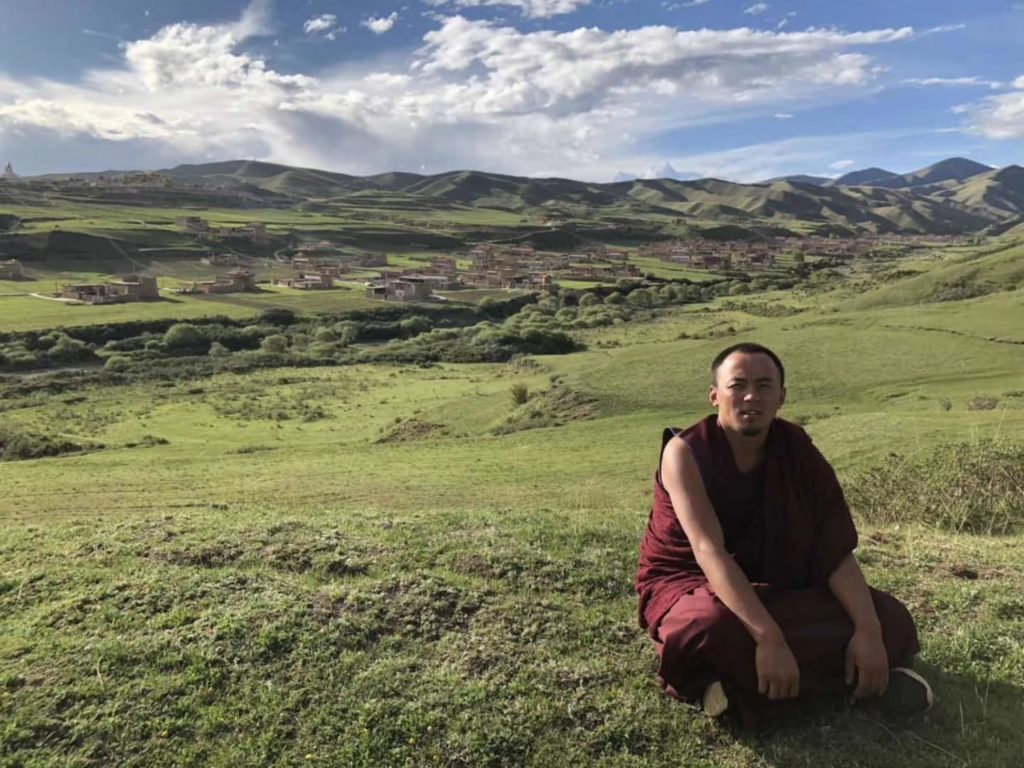 Rinchen Tsultrim of Nangshig monastery in Ngaba, Tibet was arbitrarily arrested by the local Chinese authorities almost a year and a half ago. His whereabouts remains unknown even to this day.

Dharamshala: A Tibetan monk from Ngaba region who was arbitrarily arrested by the local Chinese authorities almost a year and a half ago continues to remain untraceable. Rinchen Tsultrim, a monk at Nangshig monastery in Ngaba and a strong advocate of Tibetan language preservation was detained on 1 August 2019, according to a reliable source.

Along with Rinchen Tsultrim, two other monks from Kordo, Ngaba county were detained but released after a few days. However, Rinchen Tsultrim was suspected of engaging in political activities and taken away to an undisclosed location by the Ngaba county police. Rinchen Tsultrim’s family members have not been able to trace his whereabouts and health condition since then, reported a reliable source.

After eight months since his arbitrary and incommunicado detention, Rinchen Tsultrim’s family received official notice in Chinese on 23 March 2020 that alleged Rinchen Tsultrim as a separatist but conveyed no further information on his wellbeing or location. When his family members approached the authorities, they were told about different locations at different times. The police authorities told the family that he is detained in Chengdu or Markham or Ngaba, rendering great concern for the family who is now worried if he is even alive. Reports of deaths due to torture while in Chinese custody is not uncommon. Just over a month ago, the death of Lhamo, a Tibetan mother of three, who died covered in bruises at a police hospital in Driru county, Nagchu was reported. 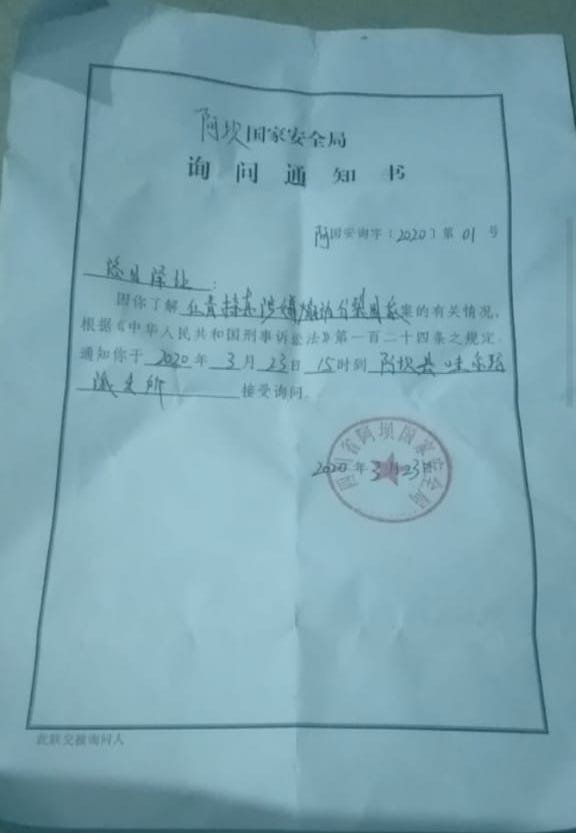 Chinese Official notice issued after 8 months of Rinchen’s detention, alleging him as a separatist with no further information on his wellbeing or whereabouts.

The Chinese authorities must reveal and inform Rinchen Tsultrim’s family where he is being detained. As per the national and international laws, the Ngaba authorities should ensure his wellbeing and allow the family members to meet him.

Monk Rinchen Tsultrim was earlier detained in 2018 for discussing and debating on Tibet-related issues on messaging app WeChat with Tibetans in exile. He always called upon Tibetans to preserve the language and work for the Tibetan cause, said the source. His arrest last year was linked with communicating with Tibetans outside Tibet on the birth anniversary of the 11th Panchen Gedhun Choekyi Nyima. Additionally, he had allegedly sent several religious books from outside Tibet to various regions in Tibet by post. His website on which he posted many personal compositions was shut down for posting Tibet-related essays on it. 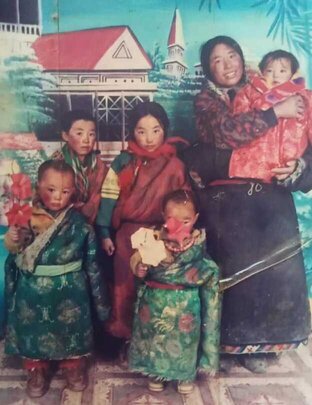 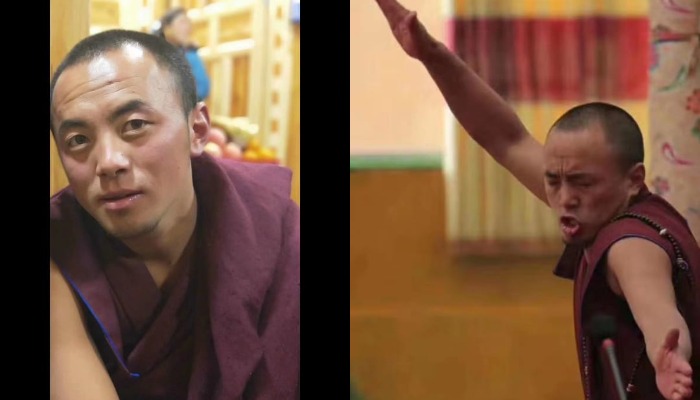 Rinchen Tsultrim of Nangshig monastery in Ngaba, Tibet was arbitrarily arrested by the local Chinese authorities almost a year and a half ago. His whereabouts remain unknown even to this day.