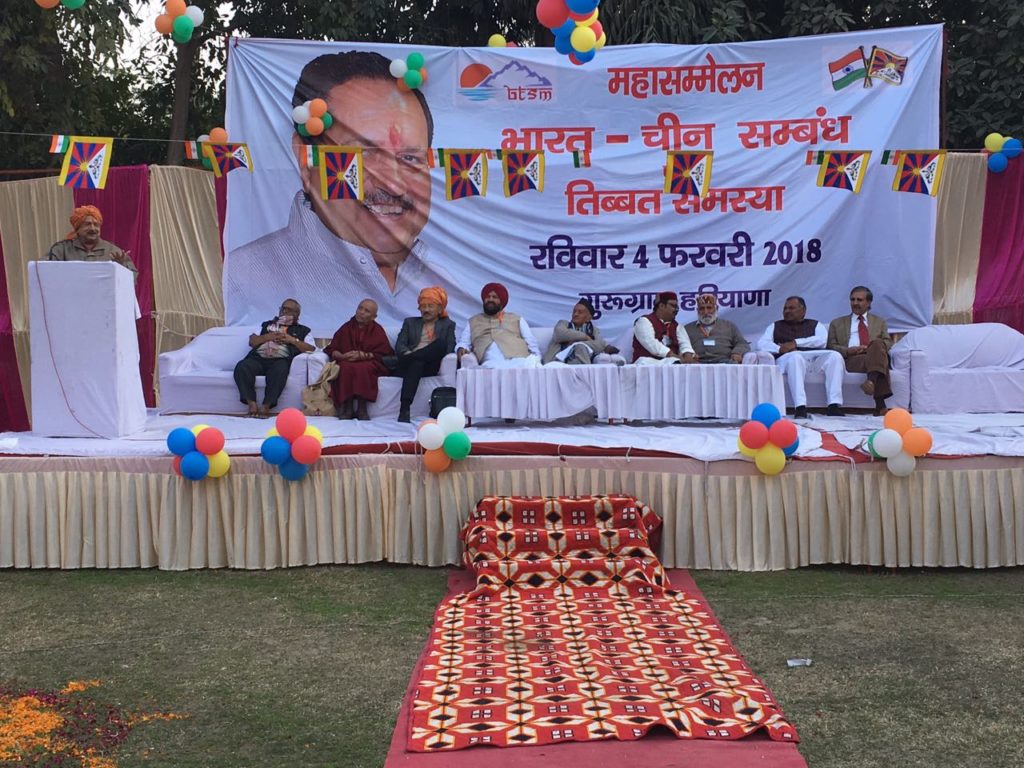 Gurugram, 4th February 2018: The National Executive Meeting of Bharat Tibbat Sahyog Manch, a National Tibet Support Groups o was held at Malibu Country Club, Gurugram on 4th February 2018 to review the activities and programs carried out by respective chapters in their regions in respect of “Tibbat Ki Azadi and Kailash Mansarovar ki Mukhti”.

More than 150 National Executive members of Bharat Tibbat Sahyog Manch from 17 states participated in the meeting.

Shri Indresh Kumar, Founder & Patron, Bharat Tibbat Sahyog Manch in his inaugural address said that since the inception of BTSM on 5th May 1999 at Dharamshala, Himachal Pradesh. The mission of our organization is to free Tibet from the colonial rule of China and for the security India’s own boundaries across the Himalayan belts.

He even stated that although we support the ‘Middle Way Approach’ of His Holiness the Dalai Lama and the Central Tibetan Administration, seeking genuine autonomy from the People Republic of China but our organization remain individually hopeful for Independence of Tibet.

In the afternoon, a Conference on “India-China Relations and the Question of Tibet” was held at the lawn of the club with the participation of more than 350 people residing in the nearby area.

While addressing the audience Dr. Kuldip Chand Agnihotri said that Chinese occupation of Tibet has direct repercussion to the security of India, thus resulted in 1962 India-China war. He stated that even after 60years of Chinese rule in Tibet, Tibetans in Tibet fight for basic fundamental rights. Bharat Tibbat Sahyog Manch has raised the Tibet issue from Dharamshala and now it has spread in every corners of India.

Acharya Yeshi Phuntsok, Deputy Speaker of TPiE spoke of Tibetans in Exile and its democratic set up under the leadership of His Holiness the Dalai Lama. On the current situation inside Tibet, he gave clear information about self immolations inside Tibet and violations of human rights due to repressive Chinese policy.

Finally the Chief Guest Shri Indresh Kumar spoke on various issues ranging from protecting and securing the Indian Territory from Chinese aggression to Freedom of Tibet. He even added that it is India’s own interest to free Tibet from China. Since 1999, we started the Tibetan Freedom Movement and we pledge that until the issue of Tibet is resolved we will carry this struggle ahead. A declaration was passed to observe 2018-2019 as “Tibbat Kailash Mansarovar Mukhti Sakalp Varsh”, which will be launch on 5th May 2018. As the year marks the 20th Anniversary of founding of Bharat Tibbat Sahyog Manch, an international conference on Tibet will be held with the participations of people from all walks of life. A nationwide Tibet awareness campaign shall be held at schools, colleges and universities of India. A committee of TAWANG YATRA was also formed on the day, it was decided that there shall be participation of not less than 500 members, which will kick start from November 18. This Yatra is organized to pay tribute to 1962 heroes and to defend the territory which is claim by China.

Finally the program concluded with vote of thanks by Shri Tejpal Tanwar. India Tibet Coordination Office distributed Tibet related books and “Thank You India” Calendar to the participants and audience.

Bharat Tibbat Sahyog Manch, a National Tibet Support Groups was founded on 9th May 1999 under the leadership of Shri Indresh Kumar at Dharamshala, Himachal Pradesh. 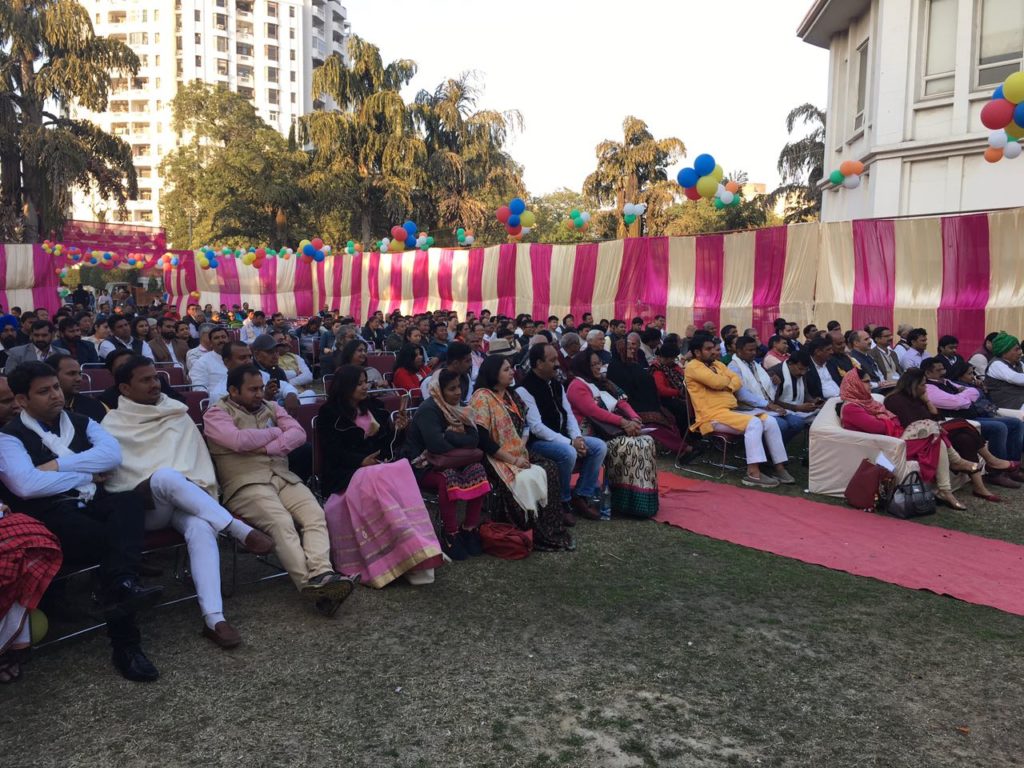 Participants at the meeting. 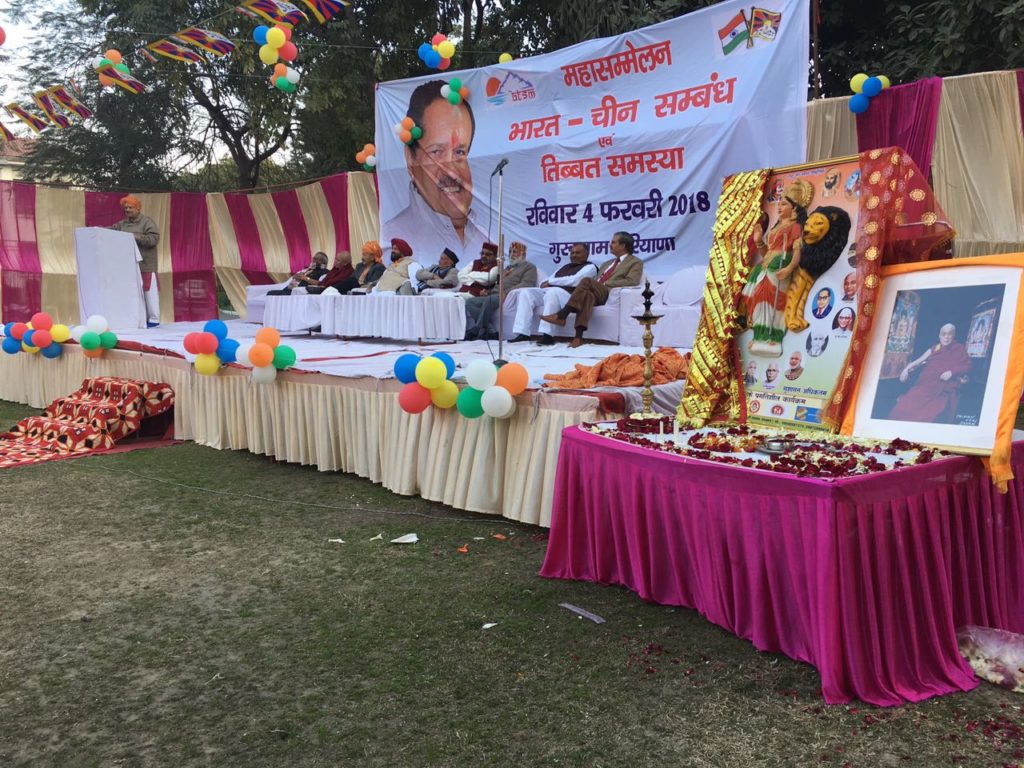