The Chief Guest, Kasur Dhongchung Ngodup, Representative, Bureau of His Holiness the Dalai Lama and Shri R.K.Khrimey, National Convener of Core Group for Tibetan Cause-India participating in sangsol (smoke offering) with other dignitaries.

The meeting commenced at 10:30 am with introductory remarks by the Coordinator of ITCO, Mr. Jigmey Tsultrim and followed by welcome address by Shri R.K.Khrimey, the National Convener of the organisation.  The members discussed in detail last year programs held in respective regions, their suggestions and also future course of actions. In between, a short documentary film ‘An Introduction on Tibet Support Groups Movement in India’, was screened which was made and produced by Tibet Online TV under the Department of Information and International Relations DIIR, Central Tibetan Administration (CTA), Dharamsala.

The meeting concluded at 4:30pm, which was attended by 12 members of the Core group. Later in the evening Regional Welfare Association, Majnukatilla, headed by camp leader (Pradhan) Mr.Karten Tsering organised a welcome dinner at the venue for the Core group members.

On 6th July 2017, official program of 82nd Birthday celebration of His Holiness the Dalai Lama was held at TCV Day School in Samyeling Tibetan settlement, Majnukatilla, Delhi. Core group members participated in the celebration as guests. Shri R.K.Khrimey, Guest of Honor, in his address extended his hearty wishes on behalf of all the Tibet support groups in India for the long life of His Holiness the Dalai Lama. He reiterated that middle way approach adopted by CTA is the most pragmatic solution to resolve Tibet issue. He said that he has the confidence and believe that the Tibet will one day attain it’s freedoms and His Holiness will honorably return to Tibet. Further, he said that Tibet’s freedom will restore the historical boundary with Tibet and will ensure the national security of India. Khrimey ji also informed the gathering on the auspicious day that the Core Group has written a letter to the Prime Minister of India, on 5th July 2017, expressing gratitude for the genuine concern and support extended to the Tibetan people by the successive Government and people of this great nation. The letter mentions that a resolution was passed by the group requesting the prime Minister of India to strongly condemn recent Chinese incursion in the Indian border of Sikkim State and take a strong stand against the Chinese incursion.

Later in the afternoon the members visited Tibet House, at Lodhi road, New Delhi to take part in the exhibition on “Enthronement of H.H. the 14th Dalai Lama: Impression of an Indian Artist” by Shri Kanwal Krishna (1910-1993).

Core group members took part in the evening dinner reception organised at Silver Oak, India Habitat Centre by Bureau of His Holiness the Dalai Lama in Delhi. The dinner reception was well attended in hundreds by foreign emissarries, politicians and Indian friends in Delhi from different walk of life. 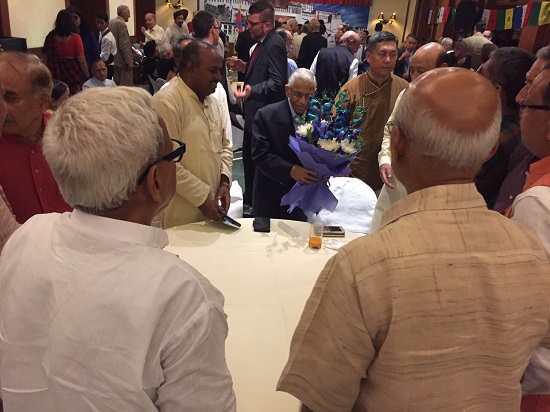 Core group members felicitated Dr.N.K.Trikha,, who served as the National Convener of the Core group for more that 15 years after his retirement in 2015 December, during the Dinner reception held at India Habitat Centre (IHC), New Delhi. 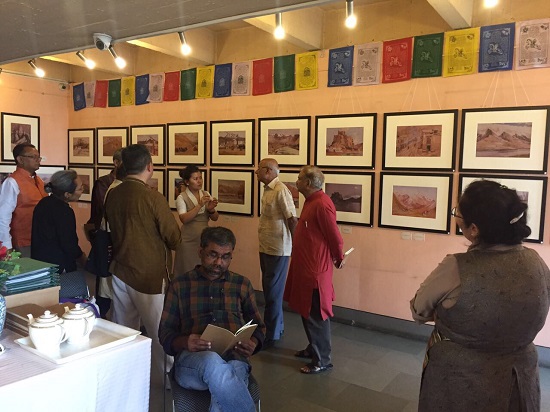 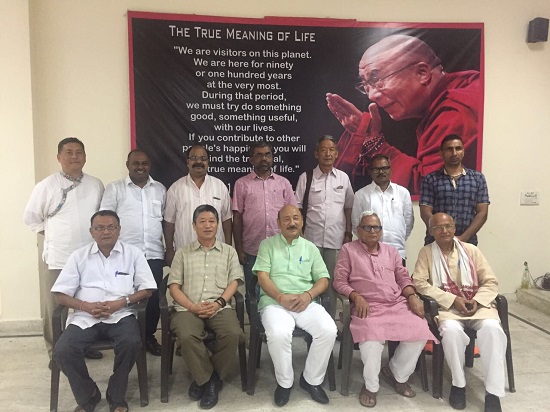