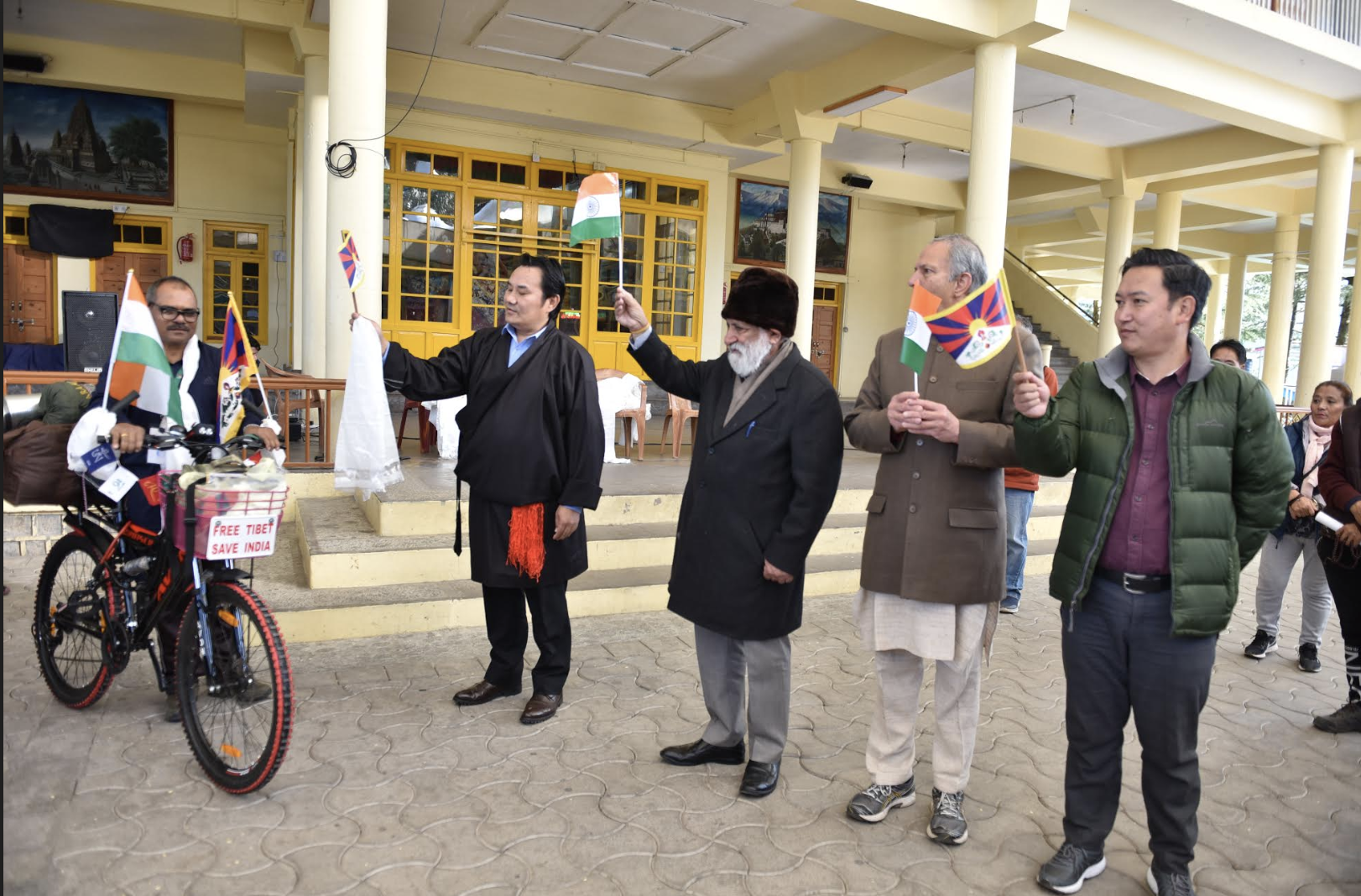 Dharamshala: A long time Tibet supporter from Nagpur, Shri Sandesh Meshram embarked  on his 4th cycle-rally campaign to spread the message of ‘Free Tibet-Save India’ starting from the exile abode of His Holiness the Dalai Lama in Dharamshala to Mundgod, Hubli in south India, covering a distance of approx. 7500 km and 12 Indian states in three and a half month.

“The purpose of the cycle yatra is to create grassroots awareness and mobilize support of the general Indian people on the issue of Tibet and the urgent situation inside Tibet,” Shri Meshram said.

Alluding to the dearth of awareness on Tibet situation among the Indians, he said he has taken up the initiative to start spreading the awareness and garner grassroots support.

Shri Kuldeep Chand Agnihorti, Hon Vice-Chancellor of Central University of Himachal Pradesh speaking at the occasion said the observing of yatra has been an age-old tradition in India. “Many Indians have led yatras across the (then) Indo-Tibet border to Lhasa and likewise, Tibetans have led yatras into India.”

The Vice Chancellor said it has been his long-cherished wish to organize an awareness rally on Tibet and thanked Shri Sundesh Meshram for leading the initiative. “I extend my heartfelt support for the initiative.”

Kalon Choekyong Wangchuk spoke about the far-reaching impacts of such grassroots campaigns and the massive engagements that could begin with a one-man initiative.

“I commend and deeply appreciate Shri Meshram ji for his longtime commitment to the Tibetan cause and offer my prayers for his good health and for the success of his yet-another rally for Tibet,” said Kalon.

“Through this rally, Shri Meshram will speak about Tibet in every remote Indian villages, families and individuals across these 11 states and I am positive that as the rally proceeds, the extend of awareness and support for Tibet will simultaneously grow.”

The President of India Tibet Friendship Association Shri Ajay Singh who also spoke at the event extended his full support with the campaign, encouraging Shri Meshram to spread further awareness on the strategic importance of Tibet to India’s security and the age-old brotherhood shared by the two peoples.

Jigmey Tsultrim, Coordinator, ITCO who introduced the importance of the rally and Mr Meshram’s decades long campaign for Tibet said, “On top of spreading awareness, the rally will also focus on re-strengthening of centuries of elation between India and Tibet and boundaries that it shares but not with China.”

“Prior to this, Shri Meshram had organized three such cycle yatras. The first cycle yatra was in 2014 titled ‘Save Tibet Cycle Campaign’ from Nagpur covering a distance of 4000 kms, crossing through five states including Madhya Pradesh, Chhattisgarh, Odisha, Andhra Pradesh, Telangana.

“This was the followed by his second cycle yatra in 2016 titled ‘Cycle Rally to Save Tibet’ from Nagpur crossing through Madhya Pradesh, Uttar Pradesh and reached Bodh Gaya, Bihar-covering 1200kms.”

He added, “The third cycle yatra was in 2017 that began on 20 October to mark the Sino-Indian War from Bodh Gaya to Nathula Pass, Sikkim covering 1270 kms. Now, this would be his fourth cycle yatra that covers approximately 7500km passing through 12 States of India starting from McLeod Ganj. Dharamshala in Himachal Pradesh, the official seat of Central Tibetan administration and residence of His Holiness the Dalai Lama and concluding at Mundgod – one of the hunger Tibetan Settlements in Karnataka.”

Mr Sandesh Meshram is Regional Convener, Western Region (Maharashtra & Goa) Core Group for Tibetan Cause India and a Member of India Tibet Friendship Society. Nagpur. Shri Meshram has been associated with the Tibetan cause for a long time and has led numerous campaigns and activities to garner support and awareness among the Indian people on the situations in Tibet. 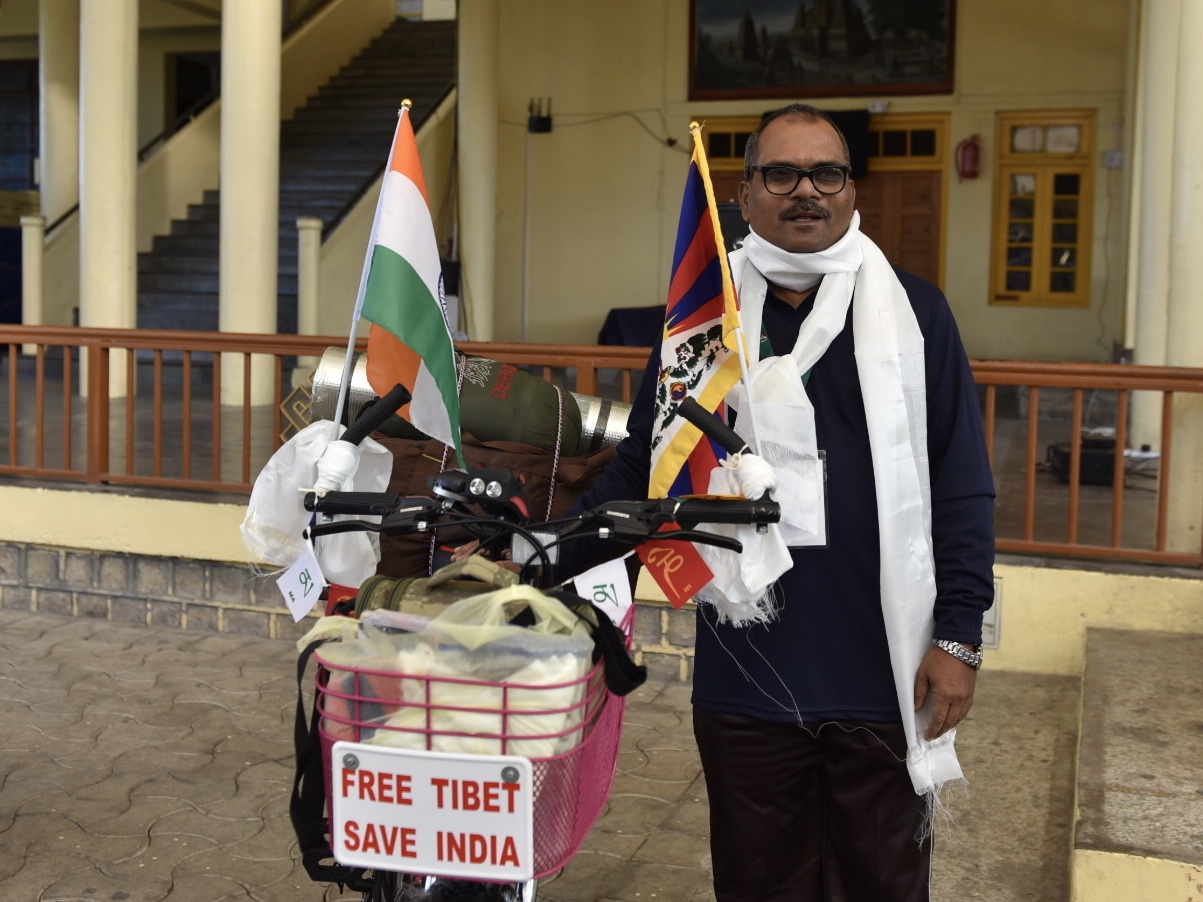 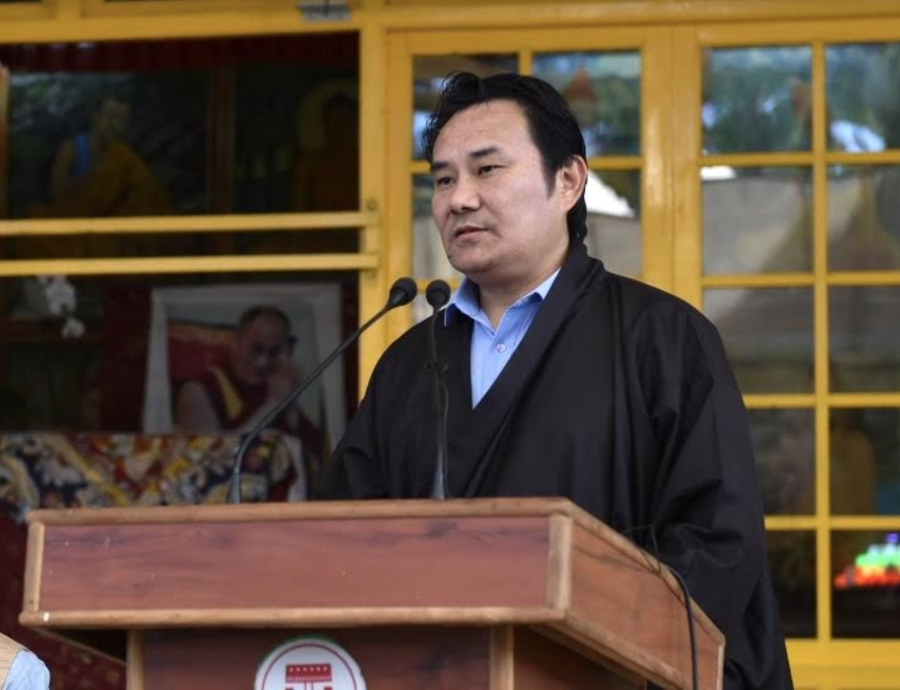 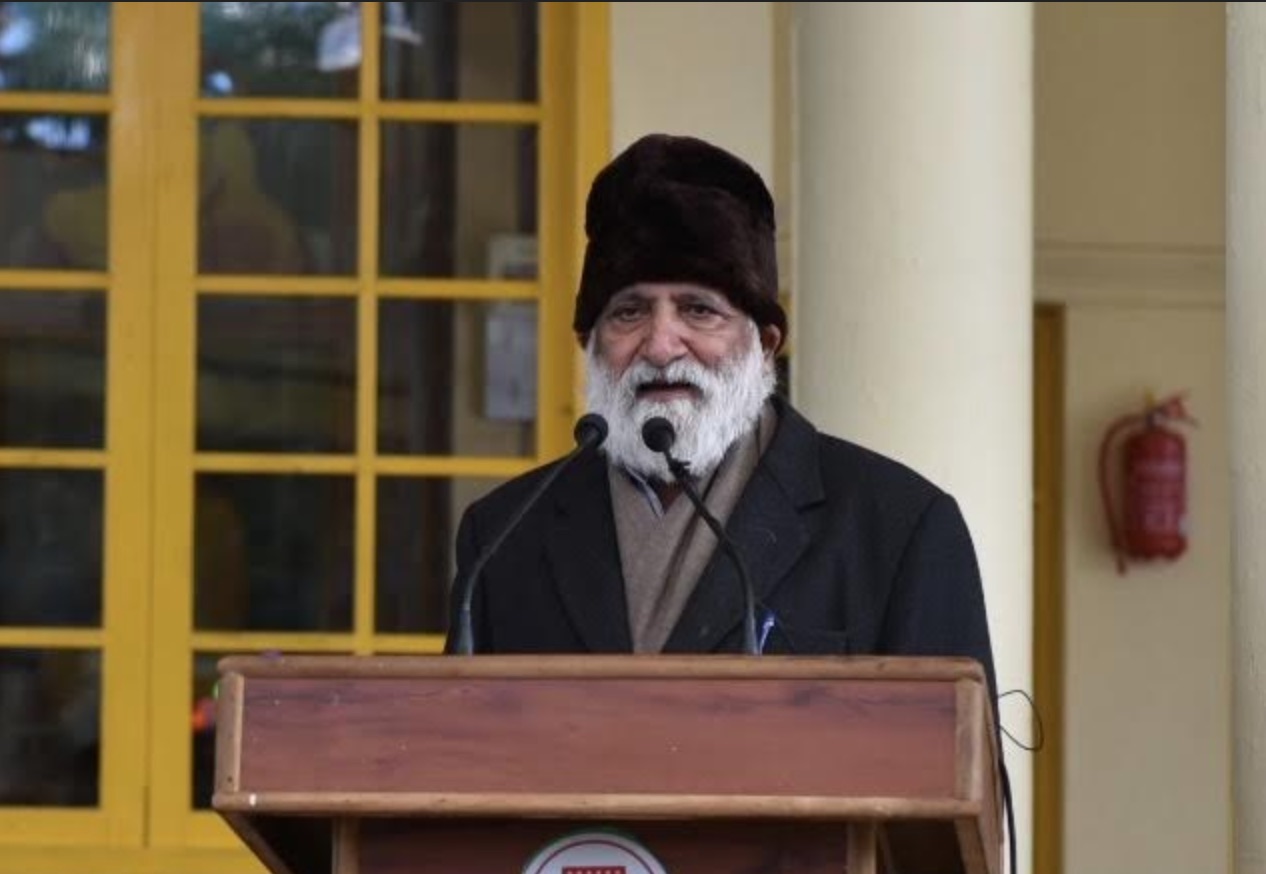 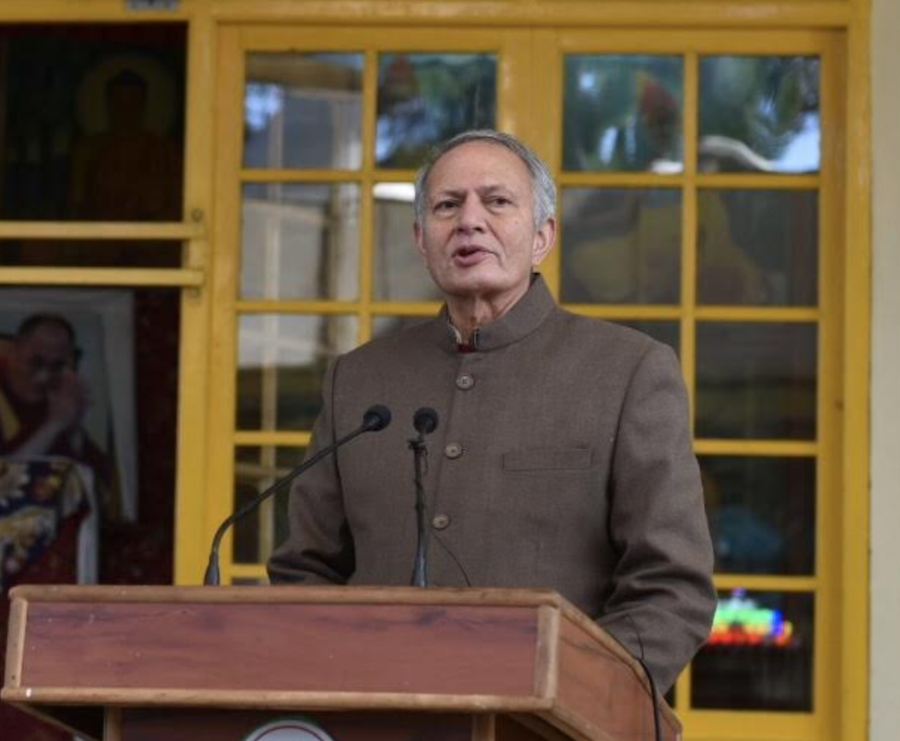 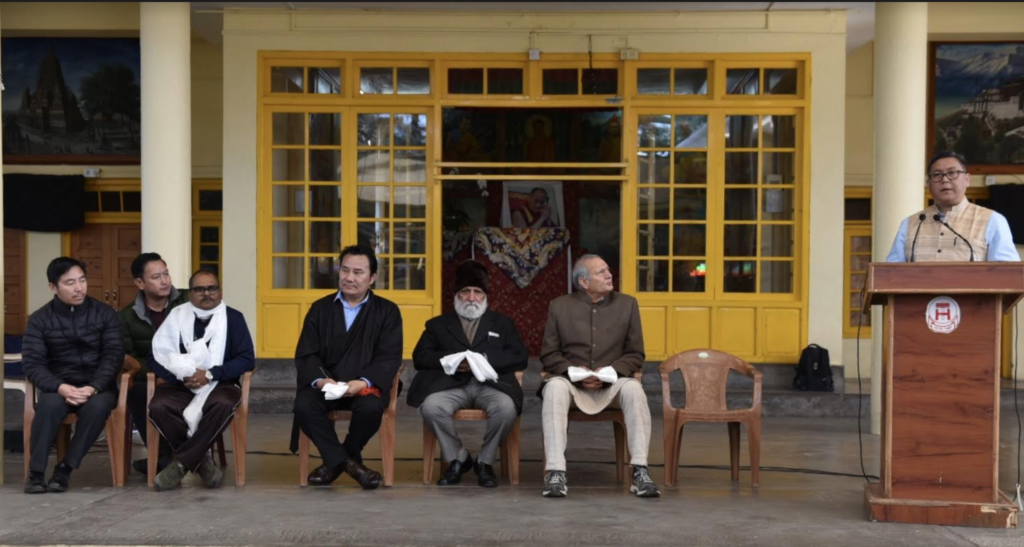