Dr. Tenzin Norbu who teaches English at a deemed university at Kelambakkam on the outskirts of Chennai was arrested for providing shelter in his residence to eight Tibetans, who were planning to stage a protest at Mamallapuram. 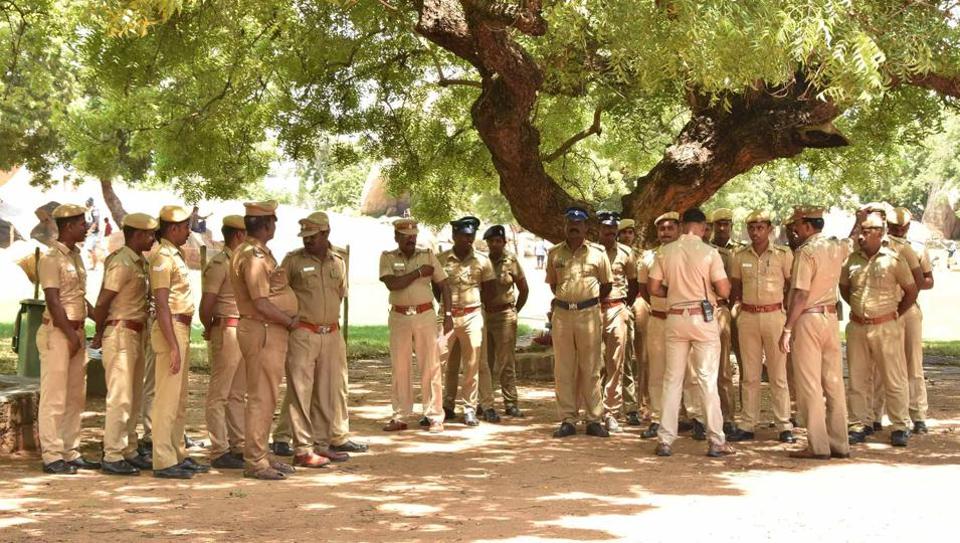 Tamil Nadu Police have gone on an overdrive to ensure that nothing untoward happens in Mamallapuram at the summit between Prime Minister Narendra Modi and Chinese President Xi Jinping.(HT PHOTO)

Continuing the crackdown on Tibetans and Chinese dissidents, the Chennai police on Tuesday arrested a professor from Taipei, on the charge of planning to stage a black flag demonstration during the visit of Chinese President Xi Jinping for his summit with Prime Minister Narendra Modi in Mamallapuram.

Dr. Tenzin Norbu (34) who teaches English at a deemed university at Kelambakkam on the outskirts of Chennai, was later remanded in judicial custody.

With this, the number of Tibetan and Chinese dissidents arrested has gone up to nine. Earlier on Sunday night, eight Tibetan youth, including noted activist and writer, Tenzin Tsundue, were arrested and lodged in Puzhal Central Prison in the city. Tsundue, a former student of Loyola College in Chennai, was involved in the ‘Free Tibet’ movement and had shifted to Dharamshala. But, he had come to Villupuram district, close to the coastal town of Mamallapuram and was picked up from Kottakuppam.

He was arrested twice earlier in Mumbai and Bengaluru for staging similar protests and unfurling the ‘Tibetan’ flag.

The charge against Norbu is that he had provided shelter in his residence at Palavakkam to the arrested Tibetans, who were planning to stage a protest at Mamallapuram which is under a massive security lockdown.

The arrest followed the inputs provided by Central Intelligence agencies. The Tibetan youth had landed from Delhi, police said.

Taipei is the capital of Taiwan which enjoys the support of the USA and its western allies, but China claims sovereignty over the province.

The Tamil Nadu government, as well as the state police, is leaving no stone unturned to ensure that no untoward incident mars the summit.

Following the alert from the central intelligence agencies about potential disruption from Chinese dissidents, especially Tibetans, Director General of Police JK Tripathy had issued a circular to all Superintendents of Police and Commissioners of Police to monitor the activities of Tibetan residents in their jurisdiction.