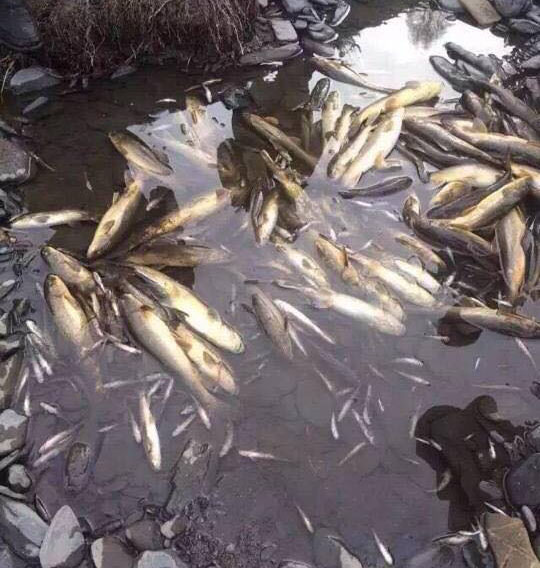 Dead fishes in the Lichu River, believed to be killed by theLithium mining site.

On 4 May 2016, a sudden mass death of fish in the Lichu River in Minyak Lhagang, Dartsedo County in Karze Prefecture brought hundreds of local Tibetans out on the street, protesting against a lithium mining company (Ronda Lithium Co Ltd) that released mine waste into the Lichu River, a tributary of Nakchu/Yalong river, the biggest river that merges with Yangtse downstream.

Yet another case of contaminated mine waste released into Tibetan rivers by a Chinese mining company clearly contradicts Beijing’s call for Green Development in their 13th Five Year plan. In recent years, there have been an increase in the number of cases of environmental degradation caused by Chinese mining companies in Tibet, resulting in more than 20 large scale mining-related protests since 2009.

The extraction of lithium has significant environmental impact, resulting in water and soil pollution. Unfortunately, extraction and processing of lithium does not involve clean and green technology as advertised in lithium based products such as electric and hybrid cars.

Many parts of China still carry out traditional lithium mining in both brine and hard rock lithium. Traditional lithium mining for hard rock involves roasting and calcination process at high temperature followed by water leaching. Water leaching is a process in which lithium is treated with high concentration of acids such as hydrochloric acid or sulphuric acid in water for high lithium recovery. Higher the concentration of acid used in the water leaching process, higher is the lithium recovery rate.

The optimum pH level of majority of the aquatic animals lies between pH 6.5 to 9. Any further change in the optimum pH causes strain on animal physiology, reduces hatching and survival rate. Aquatic animals are more sensitive towards acids than alkalis. A change in pH with 0.5 towards acid from pure water (pH 7) causes aquatic animals in an abnormal environment and cannot survive when the pH level is lower than 3. Highly concentrated acids in the local river due to leakage of water leaching site may have altered the level of pH to as low as 3 causing death of fish and damage to the entire local river ecosystem. 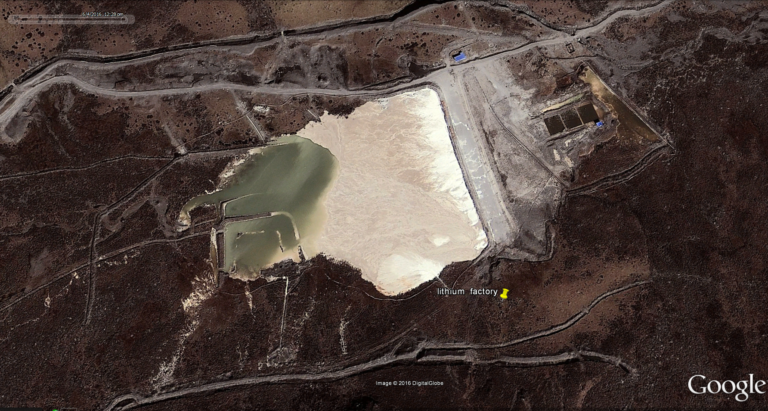 During summer, aquatic animals usually have difficulty carrying out full life cycle as the concentration of dissolved oxygen fluctuates seasonally and is lowest during the months of May and June. Dissolved oxygen is the amount of oxygen contained in water, one of the indicators of the water’s ability to support life and is found to be lower at higher altitude. The water leaching site might contain organic wastes (dead plants and animals) since the mining site was closed for a few years, the organic wastes drained into river water are decomposed by aerobic bacteria. Decomposition of the organic wastes is a major function of aerobic bacteria to provide nutrient to aquatic animals and requires oxygen which in turn cause depletion in oxygen level to other aquatic animals. High concentration of nitrates and phosphate if present in the contaminated water can be a factor lowering dissolved oxygen and causing high mortality rate of fish.

The People’s Republic of China (PRC) has passed Environment Impact Assessment law, effective from September 2003. According to Article 5 of the EIA law of PRC, it states: “The state shall encourage all relevant units, experts and the public to participate in the Environment Impact Assessment (EIA) in proper ways.”  The authorities at various levels should make local Tibetans well-informed and well-aware about the EIA law. The public or the residents near the mining sites are the chief stakeholders of social as well as environment impact assessment.

The local Tibetans earlier in October 2013 protested against the same lithium mining company when hundreds of fish were poisoned to death due to contaminated mining wastes drained into the Lichu River. If the authorities had treated all the stakeholders equally, environmentalists, NGOs and the local Tibetans might have rejected the proposed mining project from the very beginning due to clear negative environmental and social impact in future. It is evident that the local Tibetans were neither given equal participation while carrying out environment impact assessment nor clear instruction on the proposed project and its possible impact on the environment or EIA wasn’t carried out at all.

Is temporary halt to operation at the mining site the heaviest penalty for the mining company which caused huge damage to river ecosystem?  Will the government re-examine the mining project and the company in accordance with Article 27 of EIA law of PRC which states: “In case of any inconsistence with EIA documents during project construction and operation, the construction unit shall organize a post-assessment of the environmental impacts, adopt improvement measures, and report to the original EIA document approval department and original project approval department for documentation. The original EIA document approval department may also request the construction unit to perform a post-assessment of the environmental impacts and adopt improvement measures.”

Similarly, Article 85 in the Law of PRC on Prevention and Control of Water Pollution states: “The party whose rights and interests are damaged by a water pollution accident is entitled to ask the party discharging pollutants to eliminate the damage and make compensation for their losses.” If the law was to be implemented accordingly, the mining company in question should compensate for damaging river ecosystem to the local Tibetans who are dependent on the river for their daily livelihood or should take voluntary action in depolluting the Lichu River and the local environment. 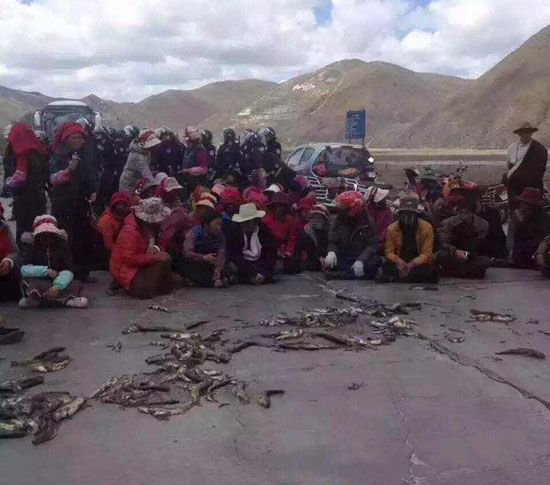 China’s move towards Green Development as stated in China’s 13th Five Year Plan, a sustainable development with low carbon output and its claim of heading towards energy revolution will see promotion of “green cars”. Huge demand for electric and hybrid cars across the world has tripled the price of lithium, “the white petroleum” over the years. Chinese Government’s huge subsidy of electric and hybrid cars up to 60,000 Yuan per car has accelerated the demand for electric vehicles in China and is the leading consumer of electric cars and lithium in the world. According to China’s Ministry of Land and Resource (MOLAR), the discovery rate of hard rock lithium in 2014 is 36.6% from 5.37 million tons resource whereas brine lithium is 18.8% from 92.491 million tons resource. Most of the brine lithium China has discovered in Amdo (Qinghai Province) provides low cost transportation to lithium manufacturing companies because of their relatively closer proximity to Beijing. However, the rise in demand for lithium will see more mining projects initiated on the Tibetan Plateau. This will in turn cut the cost and reduce China’s dependence on other countries for lithium and will aid China’s continued influence on lithium price in the global market.

Lithium based batteries have higher capacity to store power, are lighter in weight and cheaper than nickel metal hydride, form of batteries earlier used in electric and hybrid cars. This led to the steep rise in demand for lithium in the past few years. How will the government’s huge subsidy of electric vehicles and steadily growing lithium price will meet the demand of China’s huge appetite for lithium from other countries in the future? The only solution is to mine the Tibetan Plateau.

Minerals are rich in fault lines and Tibetan Plateau lies on the junction of Eurasian and Gondwana continental plates, world’s key ore forming region. China’s growing demand for minerals put the Tibetan Plateau at the forefront of its policies to profit from potential mining sites. Tibet has more than 90% of China’s lithium reserves. The present small lithium mining projects in China will never meet the growing demand for lithium, hence large lithium mining projects in Tibet will serve a lucrative proposition.

Minyak Lhagang mining site, a considerably small lithium mining site, caused huge environmental damage, polluting rivers and death of hundreds of fish. Larger mining projects in Tibet will see remarkably higher damage to the environment and the local communities. Tibet’s rivers are the source of fresh water and livelihood for the lower riparian South East Asia and South Asian countries. If mining projects in Tibet are not regulated, the toxins released from mining wastes may also cause huge number of fish mortality affecting fish industry in the downstream countries.