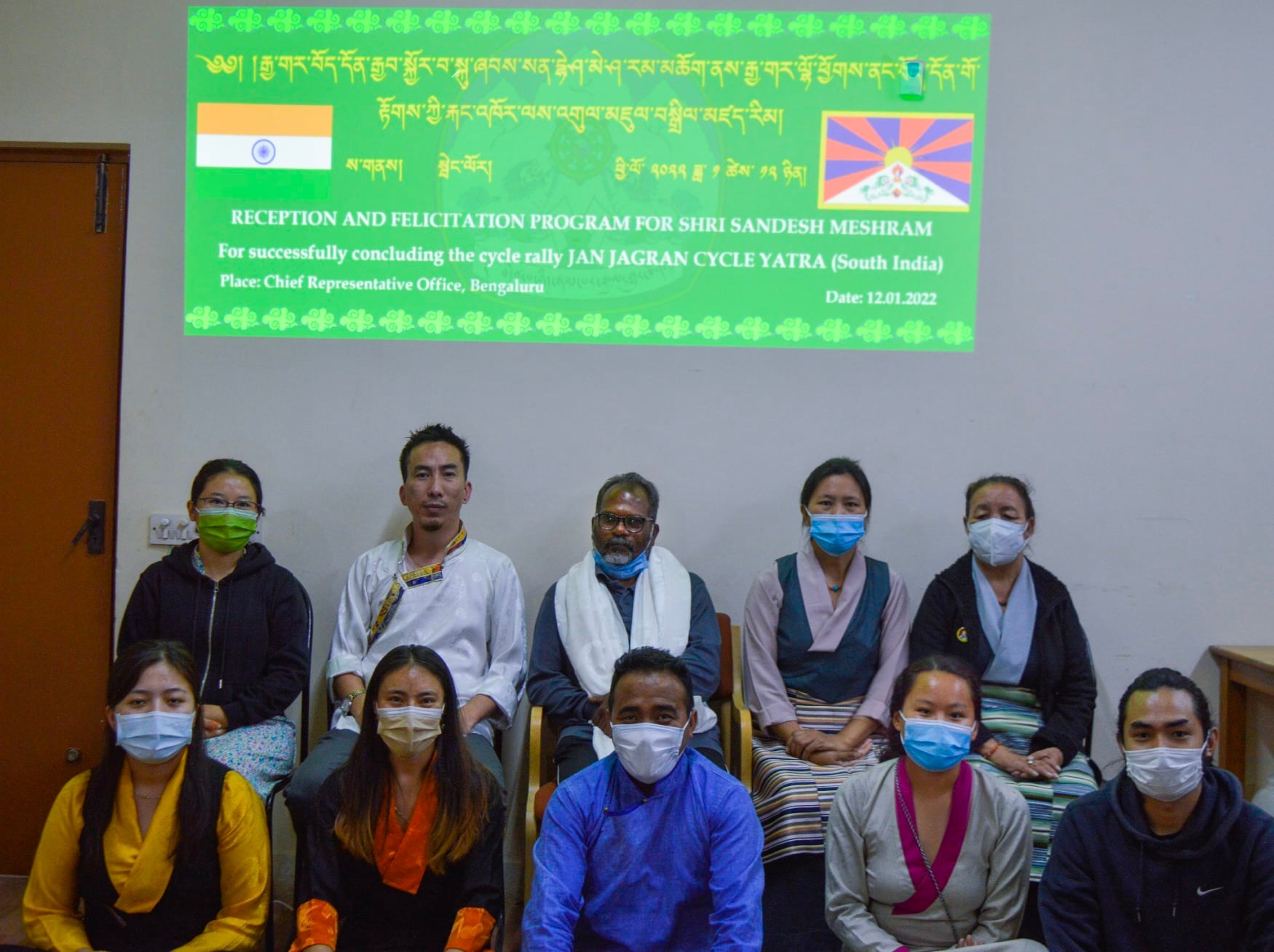 Ardent Tibet Supporter and Regional Convener for Western Region – (Maharashtra & Goa) of the Core Group for Tibetan Cause – India Shri Sandesh Meshram a.k.a. Samten Yeshi who is also a member of India Tibet Friendship Society, Nagpur concluded his Janjagaran Cycle Yatra (South India) with the message of “FREE TIBET, SAVE INDIA”  on 10th Jan. 2022 in Bengaluru, Karnataka.

Shri Meshram had started his cycle yatra from Mundgod Tibetan Settlement, Karnataka on 10th December 2021 on the auspicious occasion of the 32nd Anniversary of the Nobel Peace Prize on His Holiness the 14th Dalai Lama and International Human Rights Day. After passing through the major cities, towns and villages of Uttara Kannada, Kerala, Tamil Nadu and Puducherry covering a distance of 2000 km approx, he reached Bengaluru, Karnataka in the afternoon of 10th Jan. 2022 earlier than as scheduled date of 12th January 2022 due to the cancellation of his programs in Chennai and other places following the protocols placed in by the local authorities in their areas respectively looking at the surge of Covid cases once again. 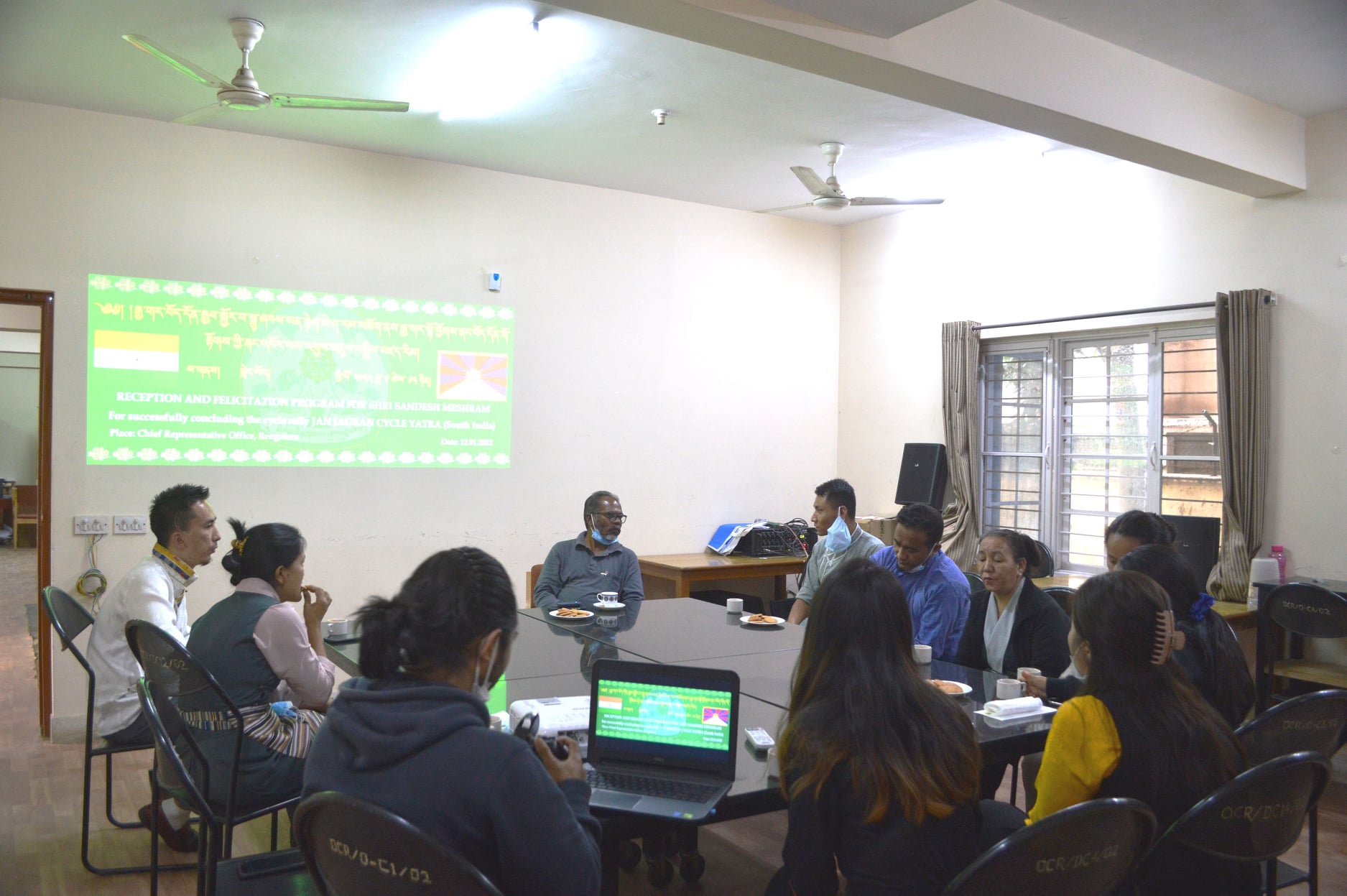 During the program, Shri Meshram interacted with the members and shared his experience stating that India being huge in size and population, millions of Indians especially youth has no clear information about Tibet and its historical ties with India. Thus it led him to undertake this yatra. Humbly he stated that he could have been Tibetan in his previous generation which propels him to engage in these activities for the last more than 2 decades. In addition, he mentioned his campaign that aimed to create awareness among the general Indian masses to boycott Beijing 2022 Winter Olympics in protest against the human rights violation by the Chinese regime in Tibet, Xinjiang, Hong Kong and other territories under its brutal occupation.

Shri Meshram expressed his gratitude and thanked the Chief Representative Office, Bengaluru for welcoming and hosting him earlier than as scheduled during this tough time. He also extended his gratitude to all the members of Indian Tibetan Support Groups, Tibetan Sweater Seller’s Associations, Tibetan Youth Congress, Tibetan Women Association, Tibetan Settlement Offices, individuals and volunteers for all the help and support during his journey of Janjagaran Cycle Yatra (South India).

Shri Meshram reaffirmed that he would continue to do anything within his capacity that would keep the flame of Tibetan struggle burning and constant for its identity and freedom. 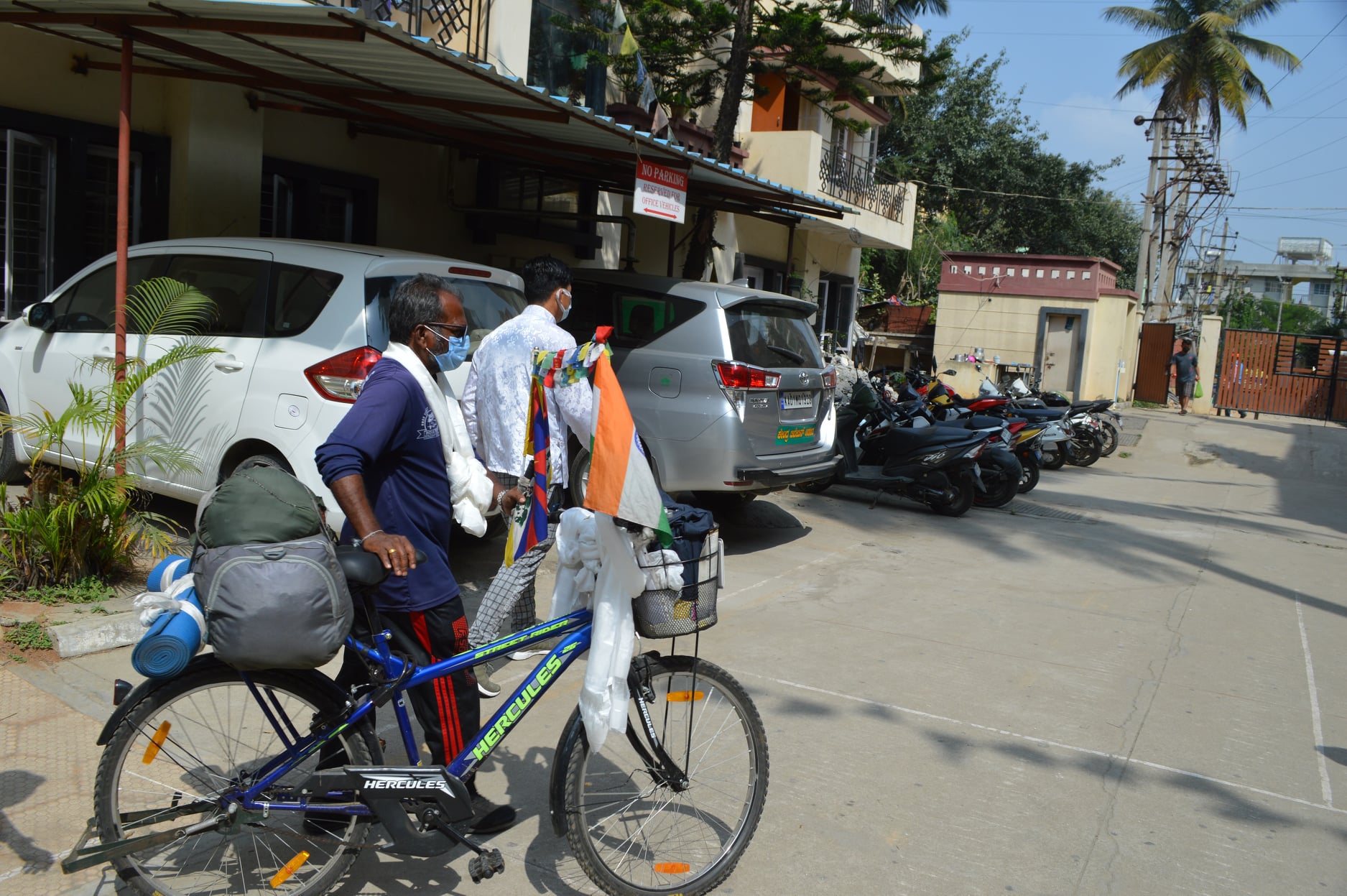 Shri Sandesh Meshram with his cycle inside the premise of CRO Bengaluru.

Prior to this, Shri Meshram had organised cycle yatras in 2014, 2016, 2017 and 2019 covering almost a total distance of 13,770 km of India. Shri Meshram’s FOURTH JAN JAGRAN CYCLE YATRA in 2019 was scheduled to pass through Kerala, Tamil Nadu and Puducherry also but due to Shri Meshram’s health problem during the journey; he had to reschedule the yatra abandoning the above mentioned Southern States.

Hence, Shri Sandesh Meshram had organised JAN JAGRAN CYCLE YATRA (SOUTH INDIA) to complete his unfinished mission of campaign for the Tibet cause on 10 December 2021 from Mundgod Doeguling Tibetan Settlement, Karnataka – one of the biggest Tibetan Settlements in South India.

The main purpose of the cycle yatra was to create awareness among the general Indian masses about Tibet and its hard realities prevailing under the brutal occupation of Tibet by the Chinese Communist Government. This CYCLE YATRA was also to engage in re-strengthening of centuries-old relations between India and Tibet and to educate the masses that India shares border with Tibet, not with CHINA. 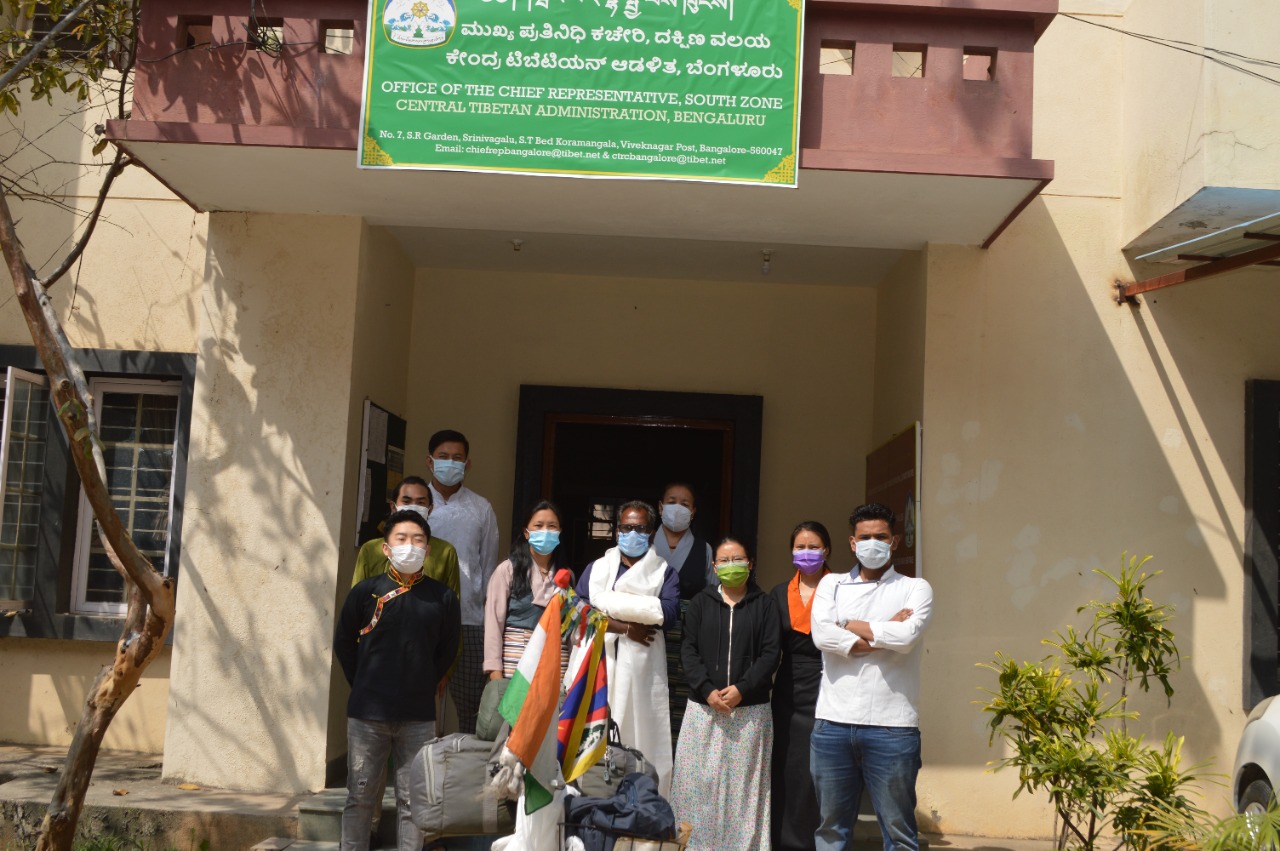