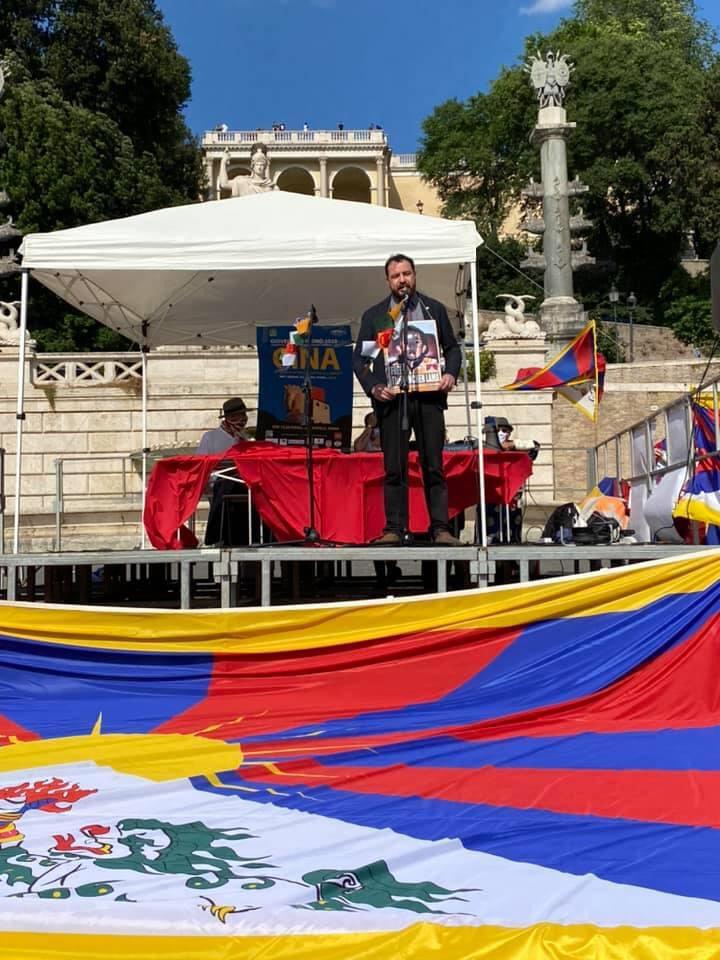 Geneva: Marking the 31st year since the massacre of Tiananmen Square carried out by the government of the People’s Republic of China, Italia Tibet Association in collaboration with the Tibetan Community of Italy and other associations organized a protest rally against China for its egregious human rights violations in Tibet, Hong-Kong and East Turkestan (CHN: Xinjiang). More than 50 people including Italians, Tibetans, Taiwanese and Hong Kongers assembled in the capital city of Italy, Rome in these difficult times to participate in the protest.

Representative of Tibet Bureau Geneva Chhimey Rigzen was not able to participate in person due to the border restrictions placed after the spread of Wuhan originated COVID-19 pandemic. However, his message was read out by Mrs. Tseten Dolker, executive member of Tibetan Community of Italy. Representative Chhimey Rigzen conveyed heartfelt condolences to all the people of Italy who lost their loved ones to COVID-19 pandemic originated from Wuhan, China and prayed for the speedy recovery of all those suffering.

Highlighting the significance of the day, Representative noted, “today is yet another day in the long list of days marking the atrocities committed by China. On this day 31 years ago, the Chinese government brought in tanks and guns to silence the innocent students peacefully urging the government for basic human rights. Thousands of those young students were massacred, several more wounded at the now infamous Tiananmen Square massacre. While this incident shocked the world, Tibetans found it relatable because Tibetans had already suffered worse fate.”

Senator Mr. Roberto Rampi condemned 25 years of abduction of Tibet’s Panchen Lama Gedhun Choekyi Nyima by China and raised serious concerns about his well-being. Senator pledged to raise the issue of Tibet in general and in particular the issue of missing of Panchen Lama in the Italian Parliament. He said the world should not forget the Tibetan cause and recently the aggressive policies of China in Taiwan and Hong Kong.

Parliamentarians Mr. Matteo Bianchi and Mr. Alessandro Giglio Vigna expressed their solidarity with the people of Tibet, Hong Kong, Uighur and Taiwanese and said that these days Italy is making diplomatic and trade ties with China but Italy as a free nation need to take extreme precaution not to forget the issue of Tibet and Hong Kong in particular while dealing with China.

Parliamentarian Mr. Bianchi noted that Parliamentarian Mr. Paolo Formentini from mid-November 2019 has been highlighting the aggressive policies of China in Tibet and Hong Kong at the meeting of the Italian Commission for Foreign Affairs III. Mr. Formentini has also asked the commission to set up a commission to investigate the role of China in aggravating the outbreak of pandemic COVID-19.

Parliamentarian Anotella Incerti strongly condemned the repressive policies of China in Tibet and Hong Kong recently and said that the world should not forget the suffering of Tibetans, Hong Kong people, Taiwanese and Uighurs.

Parliamentarian Mrs. Laura Hearth also condemned the role of China in view of outbreak of pandemic COVID-19 and she also criticized China in the handling and hiding of the sensitive information of COVID-19 which originated in Wuhan (China).

Rep. Rigzen thanked the parliamentarians and people present for the continuous support to the just cause of Tibet and said that “the human rights violations in Tibet and China can no longer be ignored as some isolated instances. The COVID-19 pandemic proves that it can have global implications. The suppression of the COVID-19 whistleblowers by the Chinese government has plunged the world into unprecedented crisis today. The world should take note now and hold the Chinese government accountable. The Chinese government’s imperialistic expansionist schemes must come to an end.” 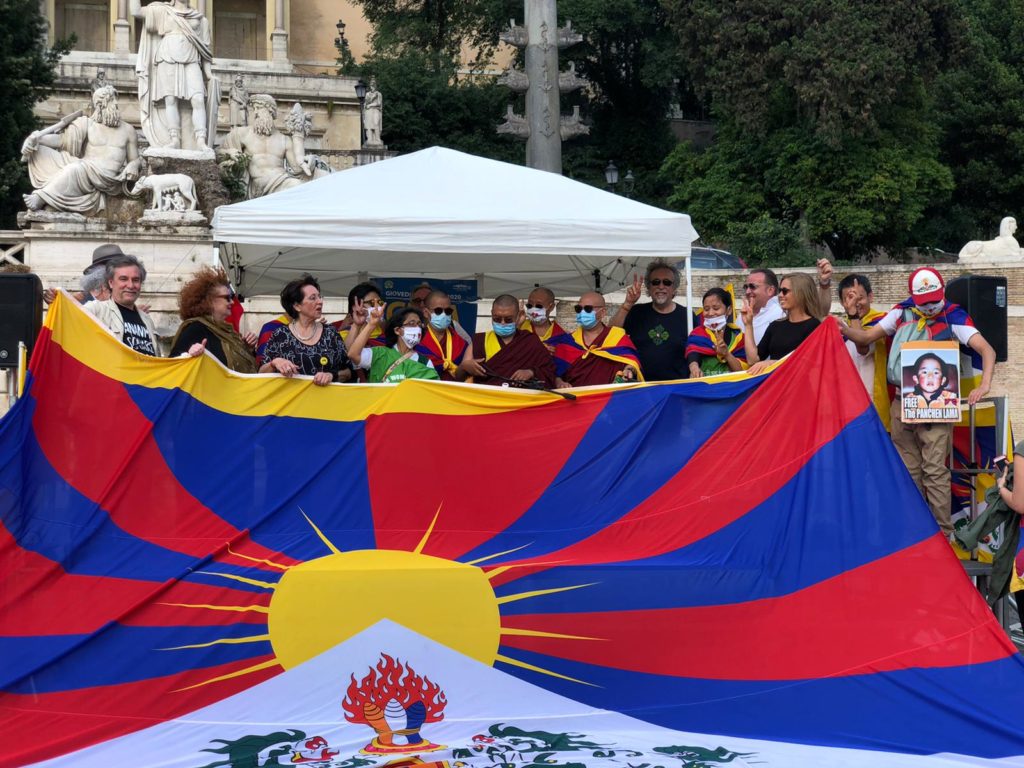 Italia Tibet Association in collaboration with the Tibetan Community of Italy and other associations organize a protest rally against China for its egregious human rights violations in Tibet, Hong-Kong and East Turkestan. 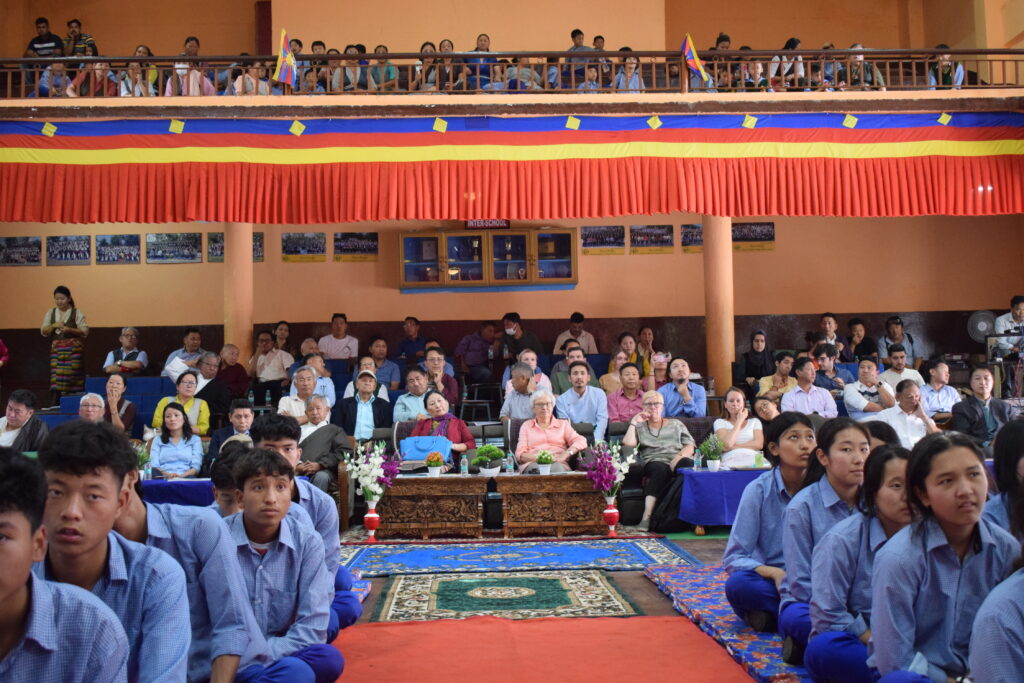 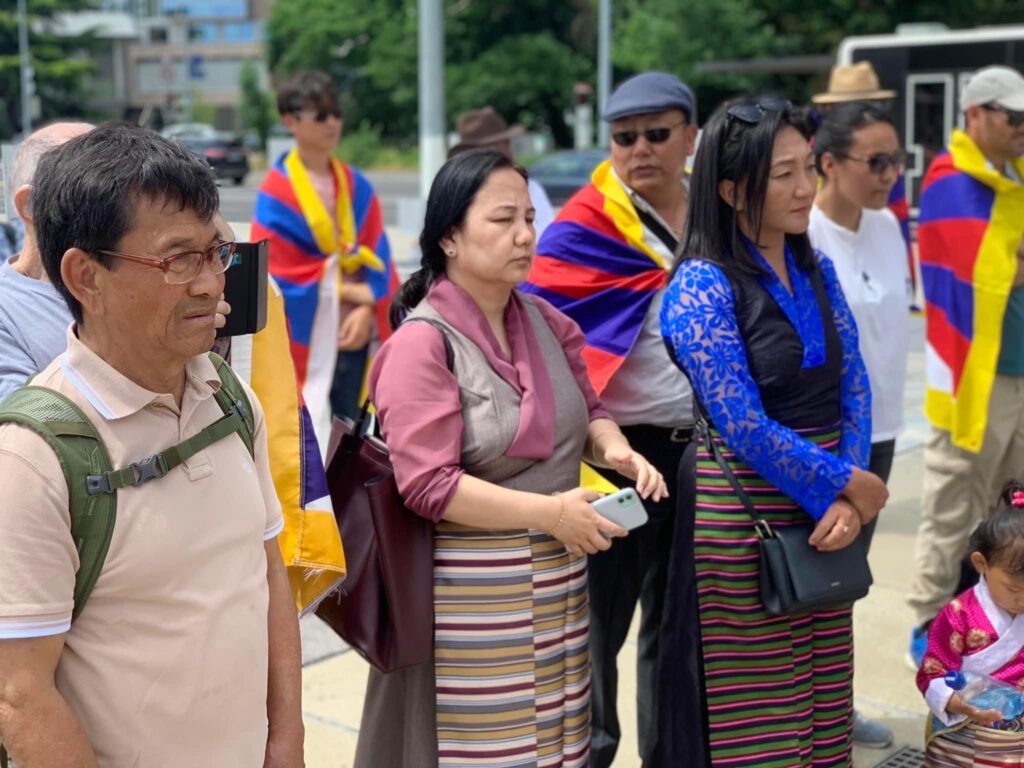