Disinfection and sanitization drive carried out in the main road running through the settlement, Hunsur.

Hunsur: Under the joint efforts of Hunsur Settlement Office and branch hospital, a full regimen of sanitization drive in all the villages, monasteries, hospital and old age home under its jurisdiction.

The Settlement office and Chimi office also called the chief village leader undertook complete disinfection of the main roads running through the settlement. Certain villages, old age home, the Cooperative Society office and the Settlement Office were also thoroughly sanitized with the cooperation of local Panchayat.

On 3 May, led by the Settlement Officer, the COVID-19 committee, village leaders and Chimi office held a meeting wherein they discussed the easing in the lockdown and inter-state travel for those returning to their home state as per the Central and State government guidelines.

In the view of the health and safety of the people, the meeting decided on certain protocols for those returning home, especially, precautionary measures. It was agreed that all those who come into the settlement from outside would be placed under 28 days quarantine in the settlement arranged facility before they return to their respective homes.

Accordingly, both the entry gates of the settlement were stationed with guards to prevent entry or exit of persons, except for emergency ambulance. These efforts are in place to prevent the pandemic from reaching the settlement.

As of now, the discussed measures are already in place. 4 people from Bangalore have been put in the quarantine facility where they receive around the clock care and regular monitoring by the branch hospital.

The Settlement Officer and a member of COVID-19 committee visited each village in the settlement to briefed the members in detail about the relevant announcements and precautionary practices.

In addition, the Settlement Officer paid visits to the destitute households to inspect their condition and to ascertain their needs. As per his review, 5 such households were provided with a monthlong supply of dry rations. Village leaders and Chimi or the chief village leader were also instructed by the Settlement Officer to directed to notify the Office about those who are in distress.

Furthermore, the staff of the Settlement Office carried out a complete sanitization of the Old Age Home.

In terms of relief efforts, Hunsur-based Gyudmey Monastery and Dzongkar Choede Monastery contributed extensively towards the poor and needy in the area. Both the monasteries twice distributed dry rations and essential supplies to the needy. Through Sera Mey social service project, Geshe Hashen Rinpoche donated 1.5 lakhs worth of protective gears to the settlement branch hospital.

Under the leadership of the Settlement Officer and the financial support of Dzongkar Choede Monastery, volunteers from local women’s tailoring shop produced more than 2000 cloth-facemasks that were distributed for the benefit of the members of the settlement. 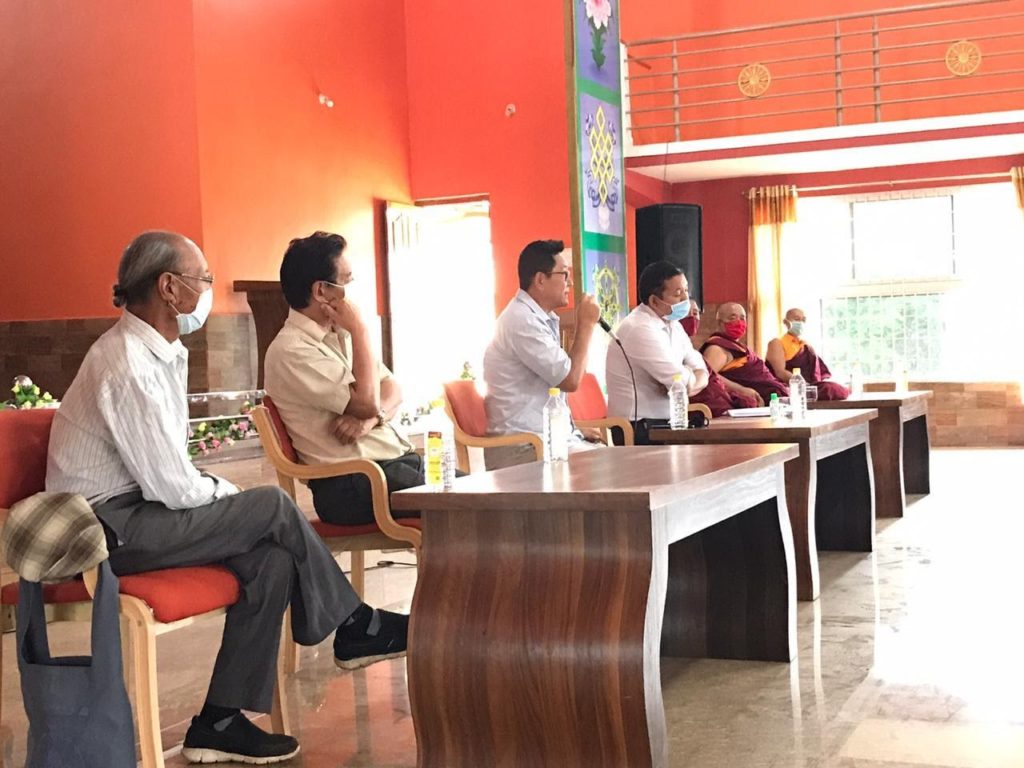 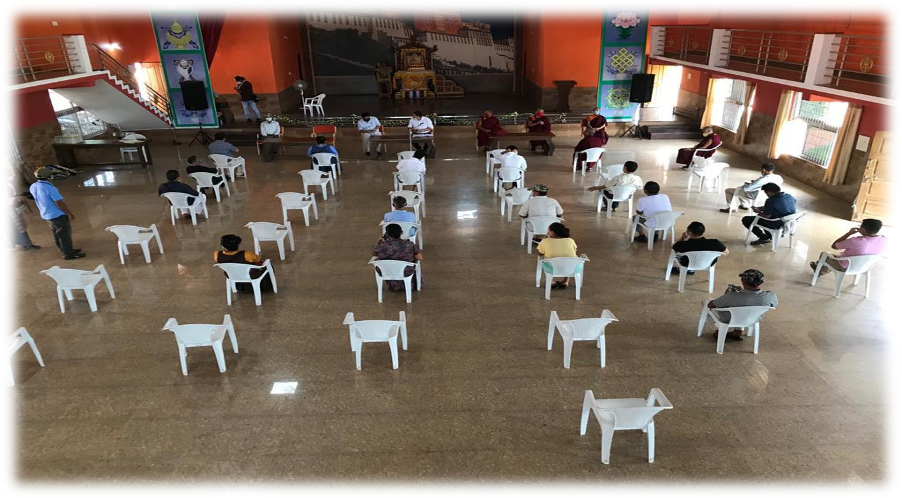 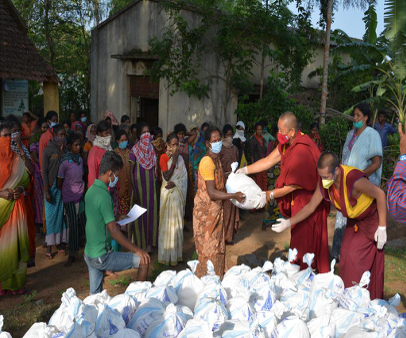 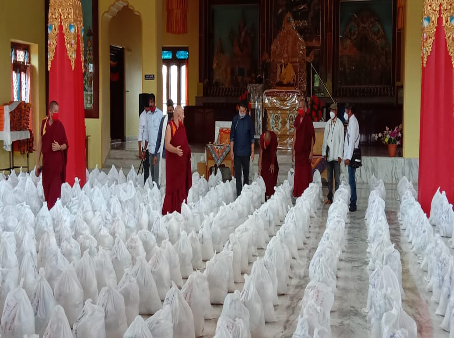 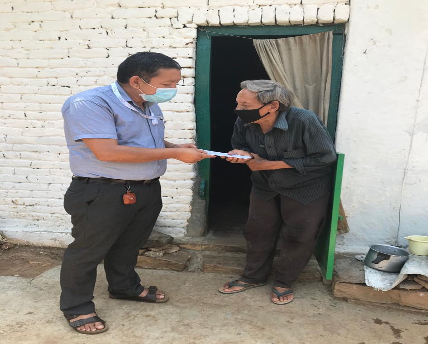 Settlement Officer during his inspection to the destitute households. 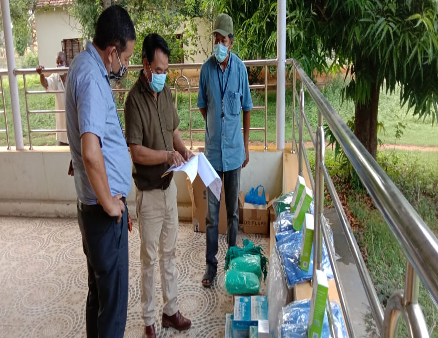 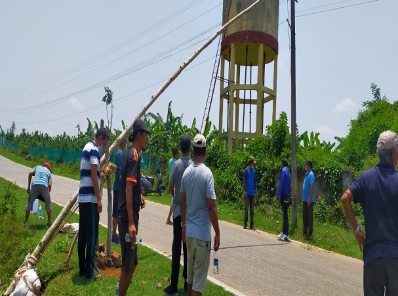 Staff of Settlement office and representatives securing the entrance to the settlement. 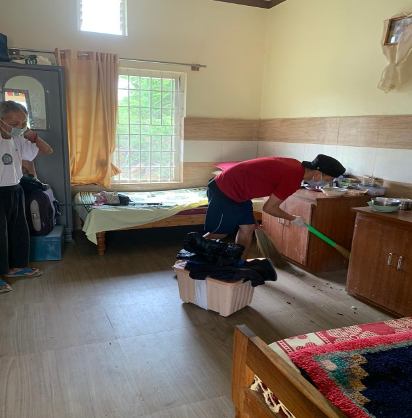 Staff of the settlement office cleaning and sanitizing the old age home. 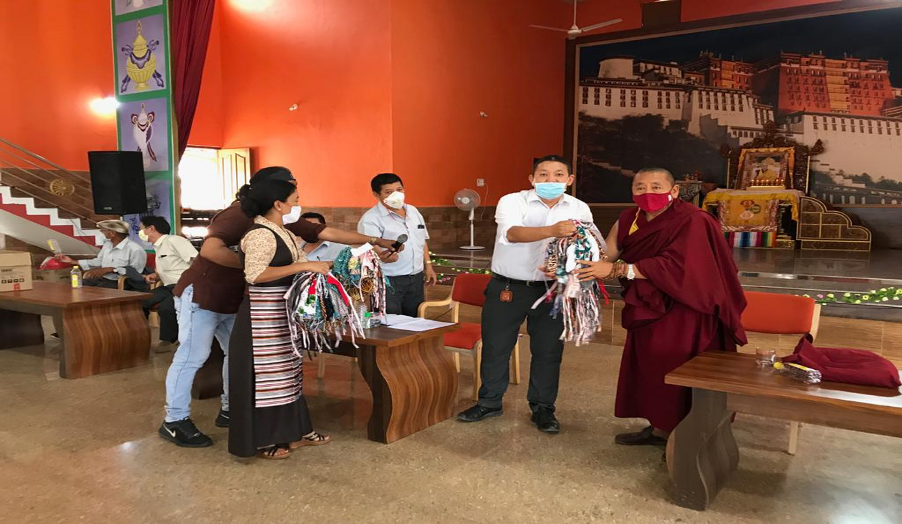