How China’s Xi Jinping destroyed religion and made himself God 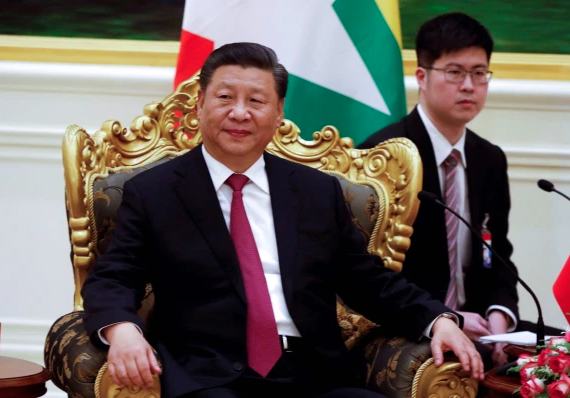 Catholic churches were torn down or denuded of their crosses and statues. Images of the Madonna and Child replaced with pictures of “People’s Leader” Xi Jinping. Signs posted outside evangelical churches forbidding anyone under the age of 18 from entering. The Ten Commandments painted over with quotes from Xi.

These are just some of the ways that the Chinese Communist Party is persecuting Christians in China.

But it’s not just Christians. In China’s Far West, over a million Muslims languish in concentration camps — Beijing cutely calls them “vocational training centers” — while mosques are being torn down, religious signs removed and ancient cemeteries leveled.

Elsewhere in China, Buddhist temples are being turned into shrines celebrating Xi Jinping, China’s President For Life. His picture adorns the walls, his recorded voice booms out of the loudspeakers, and it is his “Thought” — not Buddha’s — that the monks are now required to meditate upon.

Not even the Taoists, China’s ancient folk religion, have escaped this new Cultural Revolution. Temples that have stood for over 1,000 years have been closed and ancient statues smashed, all on the orders of “Religious Affairs” officials.

Perhaps some of those who are concerned about protecting cultural sites in Iran could spare a thought for the daily demolition derby now going on in China.

A demolition derby that is about to get worse, a lot worse.

On Feb. 1, 2020, new restrictions on all forms of religious activity came into force.

The “Control Measures for Religious Groups,” as the 41 new rules are called, deal with everything from the holding of rites and rituals, to the selection of leaders and annual meetings, to the hiring of staff and the handling of funds. All of these must be reported — in advance, no less — to the comrades at the “Religious Affairs” office for their approval. 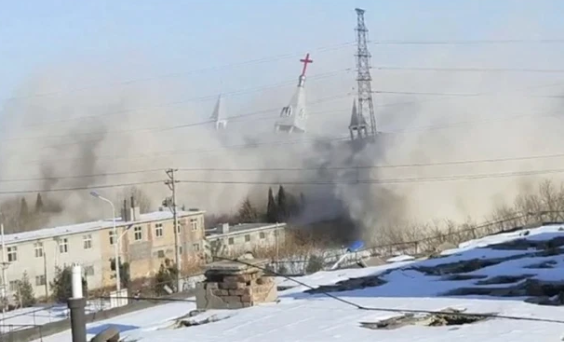 The Golden Lampstand Church was one of China’s largest Protestant evangelical places of worship until police officers blasted it with dynamite on January 9, 2018.China Aid via AP

No Communist directive would be complete without a Catch-22 and the “Control Measures” contain a doozy: “Religious groups must also report to the appropriate government authorities any and all other matters that should be reported.”

Translation: We can shut you down at any time for any reason.

The “Control Measures” are part of Xi Jinping’s New Cultural Revolution, one goal of which is to stamp out all religious groups that the Communist Party cannot co-opt and control. “A religious group cannot carry out any activities,” warns the new rules, “without registration with the Civil Affairs office and the approval of the Religious Affairs Office of the people’s government.”

Some religious groups will never be allowed to register, no matter how innocent their activities. The Early Rain Covenant Church and the Falun Gong have already been declared to be “heretical cults” and their followers will continue to suffer arrest, imprisonment and, in some cases, torture. The Early Rain pastor, for example, has just been sentenced to nine years in prison.

Members of other groups are being forced to join existing Party-controlled organizations. In the case of the bishops, priests, and laity of the underground Catholic Church, for instance, this is the Chinese Patriotic Catholic Association, whose leaders are handpicked Party followers.

But, like Mao’s Cultural Revolution, Xi’s copycat version has an even more ambitious goal. It is to extinguish faith in God altogether, replacing it with faith in the Chinese Communist Party and the Party’s own “small-g” god of the moment, who is Xi Jinping himself.

And it perversely intends to enlist China’s churches, mosques, shrines, and temples into this effort.

The new rules order all “religious groups” to “propagandize the principles and policies of the Chinese Communist Party, along with national laws and regulations, to all of their religious staff and followers” and to “educate and guide all religious staff and followers to embrace the Chinese Communist Party’s leadership, to embrace the socialist system, to uphold the path of ‘Socialism with Chinese Characteristics’ . . . and to maintain the overall policy of sinicization of religion.”

If all this sounds like the Party wants to use religious groups and leaders to promote the official ideology and strengthen its own hold on power, that’s because it does. Any group that refuses to be subverted by the Party in this way will be declared heretical, and their churches or temples will be shuttered or torn down. Pastors or priests who refuse to serve the Party in this way — as junior political commissars, as it were — will be sent home or, if they resist, to prison.

As far as the “overall policy of sinicization of religion” is concerned, we know exactly what this portends. It is a policy of replacing the worship of God with the worship of the Communist Party leadership. Hitler and the Nazis attempted something similar in the 1930s with their Nazification program, which was an effort to turn the Catholic and Protestant churches of Germany into ardent supporters of National Socialism and the Nazi leadership.

That is exactly what the Chinese Communist Party is trying to do today in China to every Christian church, Islamic mosque, Taoist shrine and Buddhist temple in China.

The end goal is to one day purge them from the Chinese cultural landscape altogether so that the Communist Party and its now deified leader, Xi Jinping, can reign supreme.