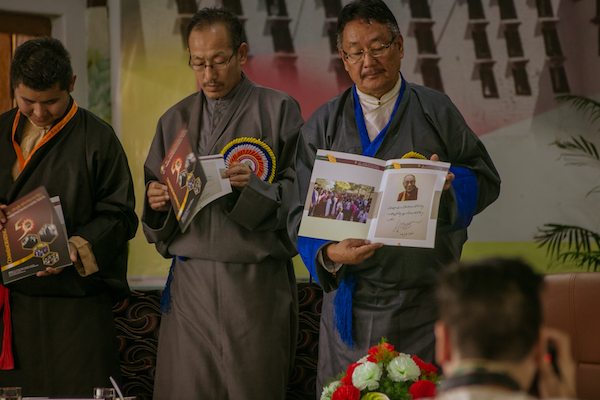 Home Kalon and Home secretary at the inaugural ceremony of 17th annual conference of 15 Tibetan cooperatives at Mundgod.

Over 60 Tibetan co-operators including Chairman, Secretary and Board member of 15 co-operatives, Executives of Federation of Tibetan Cooperatives in India Ltd., have come to take part in the Conference.

During the function, Mundgod Cooperative Soceity was honoured by FTCI for the successful completion of 50 years of community service.

Ten Nyamdel Scholarship Winners were also declared through lucky draw and a book on “50th Anniversary of Mundgod Cooperative Soceity” was unveiled by the Chief Guest.

Home Kalon in his address mentioned that the prime purpose of today’s meeting of fifteen cooperatives is directly related to the sustainability of the settlements and this is our goal.

The relation between the Central Tibetan Administration and that of the Cooperatives should be of mother and daughter, he reminded that the daughter should not forget her responsibilities and duties; we should work together closely in mutually supportive synergies thereby making the cooperative institutions efficient and functioning, said Kalon

Further, Kalon highlighted that the respective cooperative societies were registered with an aim to develop a strong economic system and provide services to settlers; they should meet the expectations of the settlers and shareholders, thereby earning respect, trust and gain confidence from the settlers who are the shareholders and the real owners of the cooperative.

The cooperatives function as enablers in supporting the Tibetan livelihoods within the settlements. Most importantly develop interest among the Board of Directors (BoD’s) in the functioning of the Cooperatives.

From Department of Home, CTA we have given timely training to enhance the overall roles and responsibilities pertaining to the cooperative management and governance and in future render our assistance which is in our capacity, said Kalon.

He informed that earlier the land specified for agriculture should be used solely for agriculture but now with the new land lease agreement in the Tibetan Rehabilitation Policy 2014, the Central Tibetan Relief Committee (CTRC) can decide which portion of land can be used for residential, commercial, religious activity or any such activity so that the Tibetan families can follow their culture and religion unhindered and also make economic living out of the land.

Kalon urged that the participants that after returning to the respective settlements, they should carry forward the works with thorough assessment of the potential opportunities identified at the settlement level areas of interventions impact livelihoods directly, as well as, help create an enabling environment to further support the livelihoods of the Tibetan settlers.

The 3-day conference is organised by FTCI and coordinated by Mundgod Co-operative Society from 22nd to 24th August, is held to deliberate on agendas concering establishment of sustainable Tibetan settlements and and enhancing the business activities of Tibetan cooperative soceities.

Discussion on revival of existing business units, new project, efforts to secure financial assistance from the respective state government and central government for benefit of share members and general public are also made during the conference. 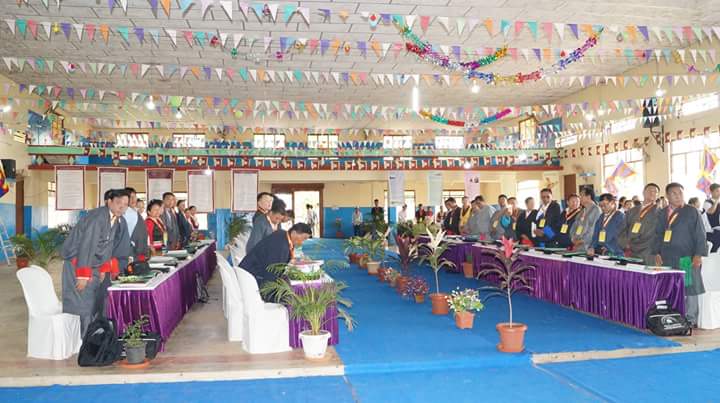 The inaugural ceremony of 17th Annual Conference of 15 Tibetan Cooperatives at Mundgod. 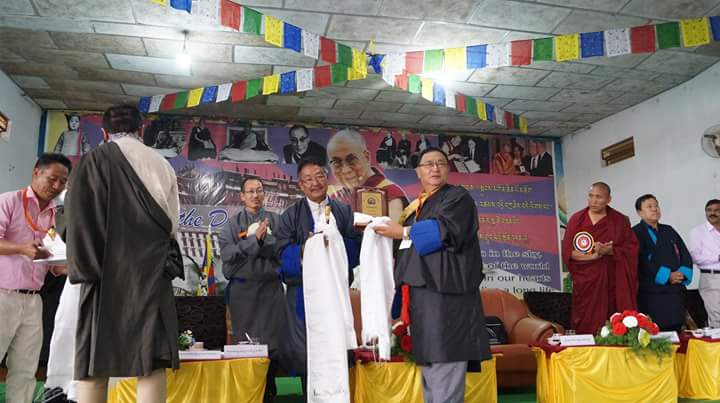 Presenting Souvenir to Home Kalon by the President of FTCI 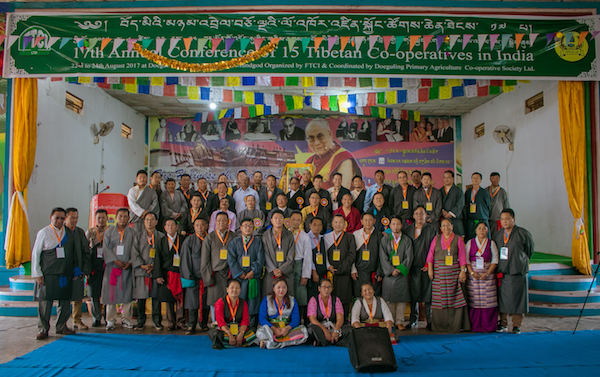